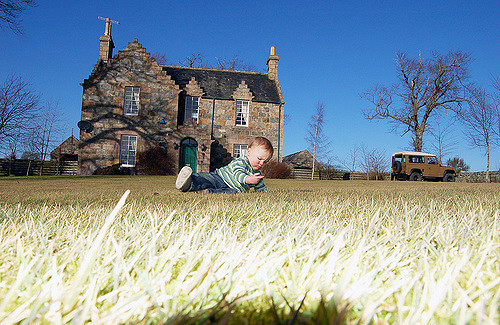 A REPORT published by Together (Scottish Alliance for Children’s Rights) has found that over 10 per cent of children born in Scotland in 2016 risk losing legal protections linked to cross-border family law.

The research, conducted by Edinburgh University Master of Laws student Maria Doyle, suggests that the removal of cross-border protections relating to child custody, child abduction and child maintenance upon leaving the EU could pose a risk to children.

The report suggests that difficulties could arise in incorporating EU law into UK law when it comes to cross-border family law, because these laws are based upon the principle of “reciprocity”.

“The EU Withdrawal Bill has profound implications for cross-border family law and, as a consequence, the security and rights of children.” Juliet Harris, Together

The research identified that an estimated 181,000 EU nationals currently live in Scotland, while 120,000 Scottish nationals live in other EU states. 5,604 children born in Scotland in 2016 had a parent from another EU member state, and 1,613 of these had one parent who was born in the UK.

Juliet Harris, director of Together said: “EU protections help families with UK/EU parents know where issues concerning children’s welfare and maintenance can be resolved, and help to ensure cooperation between EU countries in relation to the protection of children’s rights.

“The EU Withdrawal Bill has profound implications for cross-border family law and, as a consequence, the security and rights of children here.”

“Sadly, but inevitably, a certain proportion of families identified in our report will face contentious breakdowns. Given the cross-border nature of such family cases, it is vital that families have access to clear rules determining which country’s courts shall have jurisdiction and under what conditions decisions from one state may be recognised and enforced in another.

“Our report found that, amongst many other risks it poses to children and families, EU withdrawal throws this into confusion.”

Together has been joined by charity Children in Scotland and the Children and Young People’s Commissioner Bruce Adamson in calling for the rights of children to be given greater consideration in Brexit negotiations and the development of the EU Withdrawal Bill.

Jackie Brock, Chief Executive of Children in Scotland said: “Together’s report is further evidence that we urgently need our parliamentarians to understand and articulate the likely impact of Brexit on children.

“We also must ensure that appropriate information and support is provided to children who might be directly affected by leaving the EU – such as those children with one parent in the UK and one in another EU country.

“This report is just one area where withdrawal from the EU will negatively affect the rights of children and young people.” Children and Young People’s Commissioner Bruce Adamson

“There is a growing understanding within civic society that it is children who will be most adversely affected by EU withdrawal. Their rights and wellbeing must be UK politicians’ priority as the Brexit process intensifies.”

One of the concerns raised by the report is that Brexit may result in “more hostile immigration measures” which could pose problems for family contact and reunification. The report suggests that while families in the UK could rely on the European Convention on Human Rights (ECHR) which protects the right to family life, judges in the UK have not always interpreted this right consistently.

The report argues that the lack of information from the UK Government on the Brexit process raises concerns around “certainty and predictability” for international families.

Bruce Adamson, Children and Young People’s Commissioner Scotland responded to the findings: “Family breakdowns can be a confusing and upsetting time for any child or young person. We must not compound this by creating uncertainty over key issues such as custody and maintenance where one parent lives in the EU and the other in the UK.

“Significantly, this report is just one area where withdrawal from the EU will negatively affect the rights of children and young people in the UK. We need assurances that every piece of legislation as part of the EU Withdrawal Bill must be scrutinised with children’s best interests as a primary consideration.

The research examined only one of 80 pieces of EU legislation which directly afford legal protections to children in the UK.

Together and Children in Scotland are represented on a larger coalition, Making Brexit Work for Children, which is providing responses to how each stage and aspect of the Brexit process will impact on children’s rights.