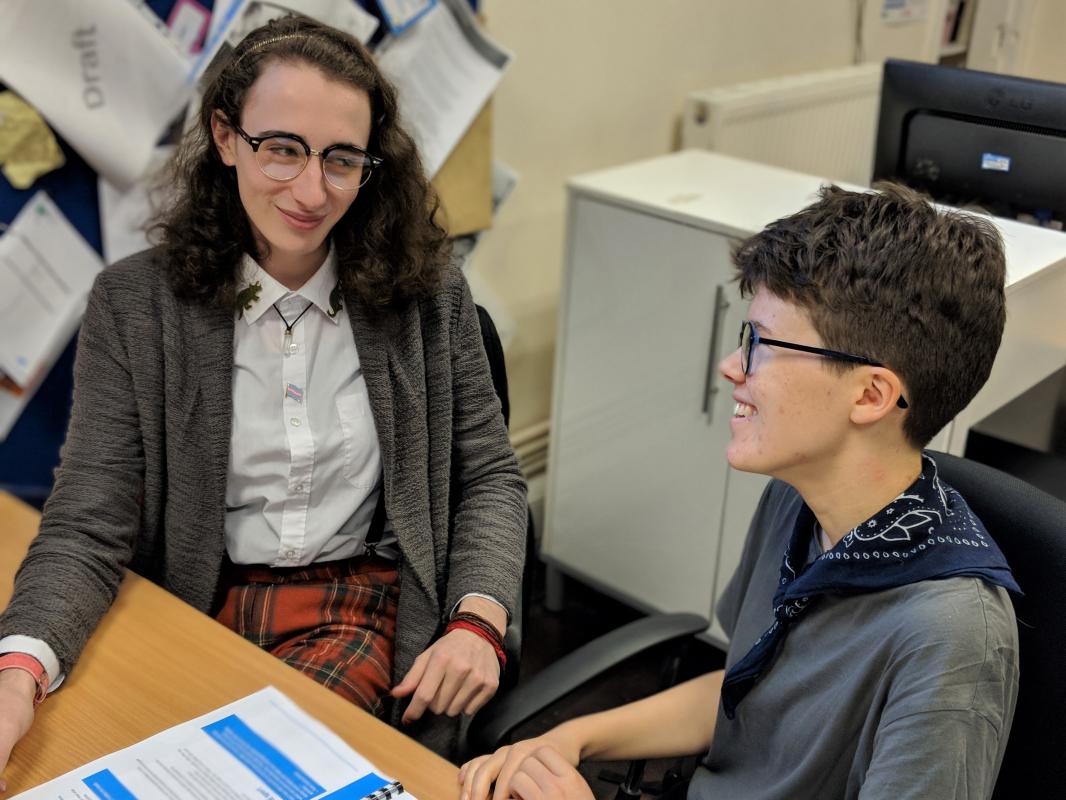 A REPORT PUBLISHED on Thursday by national charity LGBT Youth Scotland reveals that 92 per cent of LGBT young people say they are or have been bullied in education on the grounds of being LGBT and 20 per cent left education as a direct result.

Nine per cent of all LGBT young people said they had left education due to homophobia, biphobia or transphobia in the learning environment, whether or not they defined this as bullying, and around two in three of those who had been bullied said their educational attainment had been negatively affected.

The survey asked 684 LGBT people aged 13-25 about their experiences in relation to education, work, health and wellbeing, hate crime, and their wider social and family life.

Trans young people – who made up a third of the responses – consistently reported negative experiences at a higher rate than their peers, with 82 per cent having been bullied in school compared with 71 per cent of the overall group.

Over a quarter of young people said they had faced bullying at work, with little variation for trans people.

One young person described their experience in school: “I was often talked about in a derogatory manner while present by students in toilets and changing rooms.

“I was deliberately misgendered and excluded from activities as a male and forced to partake in school activities for women by staff. I was often called a ‘tranny’ or ‘dyke’ and told to kill myself by numerous pupils throughout high school.”

Another respondent recalled: “The incident I personally experienced resulted in a lot of mental health problems that interfered with my school performance, and I eventually moved school to leave behind the bad experience and any association with it.”

The research found that mental health was a key concern for young people, and the report suggests that experiences of bullying or discrimination were a factor in this.

84 per cent of LGBT young people said they had experienced mental health problems, rising to 100 per cent of trans young people, with anxiety, stress and depression the most commonly reported issues.

Asked what might help improve mental health, one young person said: “Knowing that you’re not alone is a big step to getting better. When you have people around you that are going through the same kind of issues it can be helpful and you can help each other through it.”

Whilst a majority of the young people lived with their parents, among those who had left home 15 per cent said that felt forced out and had left under negative circumstances, a figure which rose to 22 per cent for trans young people.

Safety was also a concern for the respondents, with over a third (35 per cent) saying they had experienced a hate crime or incident in the past year and only 31 per cent saying they would feel confident to report a hate crime to the police.

READ MORE: 3 in 5 LGBTI people in Scotland say they’ve been a target of hate crime

While trans people were more likely to have experienced a hate crime, at 41 per cent, only 23 per cent said they would report it to the police.

One young person explained: “All in all, Scotland has become very progressive and forward thinking in relation to LGBT youth, there are some areas that could be improved but that is more down to the local areas and schools than the country as a whole.”

Asked how homophobic, biphobic and transphobic discrimination in Scotland could be eliminated, over half of respondents thought this could be achieved through schools. One respondent suggested: “Education as early as possible on the realities of LGBT issues – dispelling myths – and on what’s appropriate and what’s not when interacting with LGBT people.

“Zero-tolerance policies on homophobic and transphobic bullying and harassment need to be adopted. There also needs to be staff training in workplaces even before they encounter any LGBT people.”

Another young person added: “Talking about transgender people’s experience so that the topic becomes more normalised and better understood, so that people have more awareness.

“Young people need to know more than what gay and transgender mean. They should be hearing about transgender lives and experiences.”

The report was launched on 1 February to mark the first day of LGBT History Month in Scotland at a conference delivered by Children in Scotland and LGBT Youth Scotland entitled ‘An Equal Future’, exploring Scotland’s next steps for including LGBT young people.

Chief executive of LGBT Youth Scotland Fergus McMillan commented on the research: “Our new Life in Scotland report captures a snapshot of what it’s like to be an LGBT young person growing-up in Scotland today. The findings of this year’s report show that some experiences have changed, but not all in a positive direction.

“While a high proportion of respondents believe that Scotland is a good place to grow up, there are young people in rural areas that don’t share that view. Sadly, transgender young people continue to face significant prejudice and discrimination and experience the highest rates of bullying and hate crime.

“The report shows how far we have come but highlights the continued need for attention to the experiences of bullying at school and suicidal feelings amongst LGBT young people.”