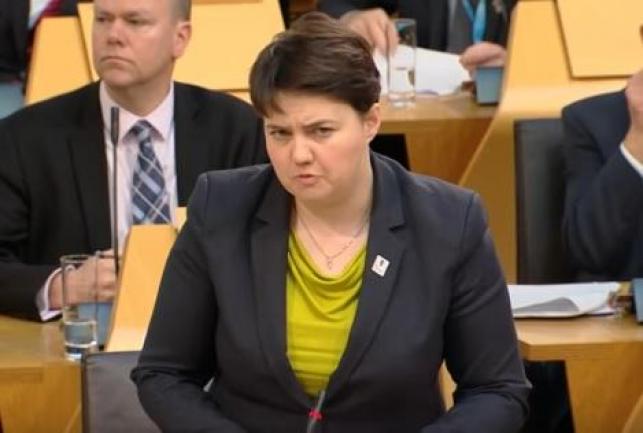 TEN questions were put to the Scottish Tories by CommonSpace following the shock reinstatement of two Stirling Councillors, suspended over racist and sectarian social media posts. None have been answered.

The Scottish Tories and Ruth Davidson have been accused by political opponants of condoning bigoted attitudes and hiding from hard questions following the party’s decision to reinstate councillors Alastair Majury and Robert Davies.

The pair were suspended by the party after it emerged that Majury had tweeted using an offensive term for Catholic people and suggested that all Catholics sexually abuse children, compared Scottish nationalists to Nazis, and denounced local food bank charity Start-up Stirling for being “run by a SNat”.

The party made a brief statement on the matter on Monday, in which it confirmed that the two men had been reinstated and said it had “been made abundantly clear that behaviour like this will not be tolerated in future”.

CommonSpace spoke to a Scottish Conservative Party spokesperson today and was advised that Ruth Davidson would be unavailable for interview for “a couple of months”, but that any questions could be directed to the press office.

The following questions were put to the Tories this morning, but none have been answered.

An update will be published if the Scottish Conservatives provide a response.