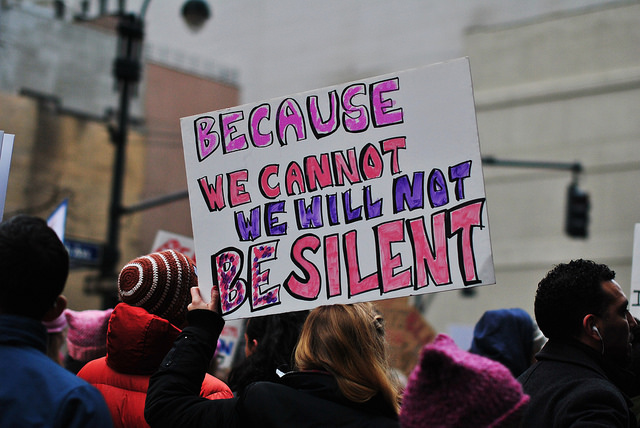 DONALD TRUMP is in the UK, and tomorrow will be in Scotland.

Big protests are set to take place in Glasgow on Friday at 5pm and Saturday in Edinburgh at 12 noon, as well as a smaller protest outside Trump’s Turnberry golf course in Ayrshire, where he is expected to be from Friday to Sunday.

Does protesting matter? Will it make any difference? Might it even just give him the attention he wants?

CommonSpace puts forward 10 reasons why you should join a protest against Donald Trump and all he stands for.

1 Reject hatred, bigotry and fear of the unknown 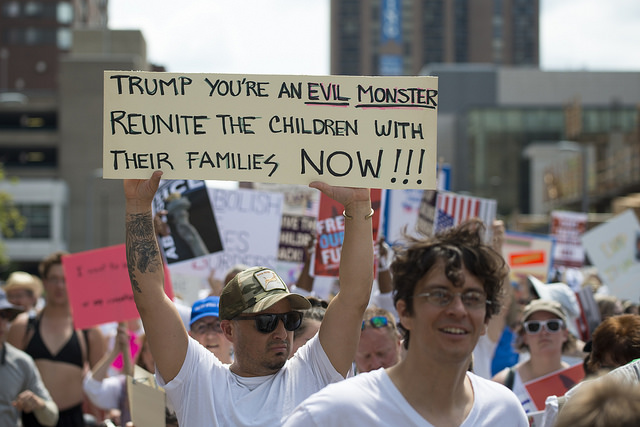 Donald Trump’s rise has been based on speaking to humanity’s worst instincts – hatred, bigotry and fear of the unknown. He won the presidency through his ability to whip up resentments against some of the most vulnerable people on the planet, and he has continued that in office, going as far as to split child migrants up from their families and detain them in cells.

If we don’t show that we reject the politics of hatred and fear now, if we let it be normalised, how are we going to cope with all the challenges of the future, which will require as a bare minimum empathy and solidarity with those we are not familiar with?

Protesting against Trump – the most powerful person on the planet – makes a statement about what sort of world you want to live in.

2 Tell Theresa May – no more sycophancy 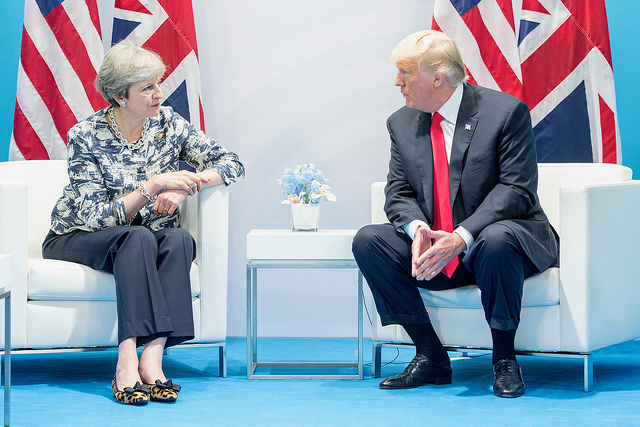 Who’s worse, the bully or the one who sucks up to the bully? Theresa May’s approach to Trump’s presidency can be summed up in one word – sycophancy. She has been willing to forego any principle to flatter and fawn over the US President in order to strike a good trade deal with the US post-Brexit.

Not only is that a doomed strategy, it is contemptible – what won’t May do in our name to get a few percentage points less tariffs on UK goods in the States? Does the UK believe in anything other than the profit margins of UK corporations?

Protesting against Trump shows May does not speak in our name, that we reject Theresa May’s sycophancy, and we demand the UK Government changes tack and gets some backbone. 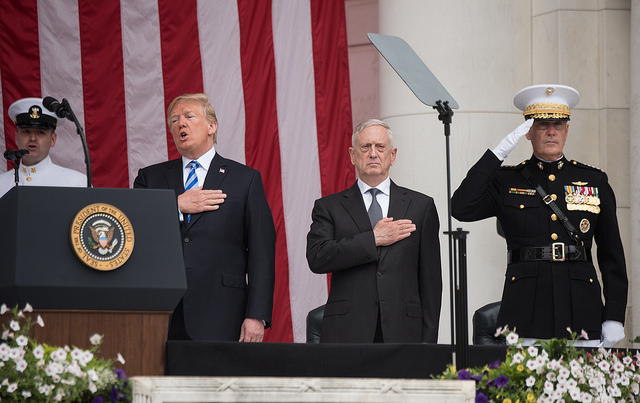 Donald Trump came to Europe this week with a clear message – double your spending on the military. Trump has massively increased spending on US Defence – already much more than the rest of the world combined – and has relentlessly bombed Syria, while reserving the Mother of All Bombs for Afghanistan, just to show he can.

It may only be the beginning. One of the few things a US President has full control over is making war, and Trump would be more than willing to use that as a political tool if he felt it would boost his poll ratings, regardless of the human suffering it would cause. His ripping up of the Iran deal and moving of the US embassy to Jerusalem shows his aggressive militarist stance towards the Middle East could spark new wars at any time.

Protest Trump to make it clear we won’t have blood on our hands, that we reject utterly his militarism, and expect our government to do the same.

4 Say no to Trump’s plutocracy 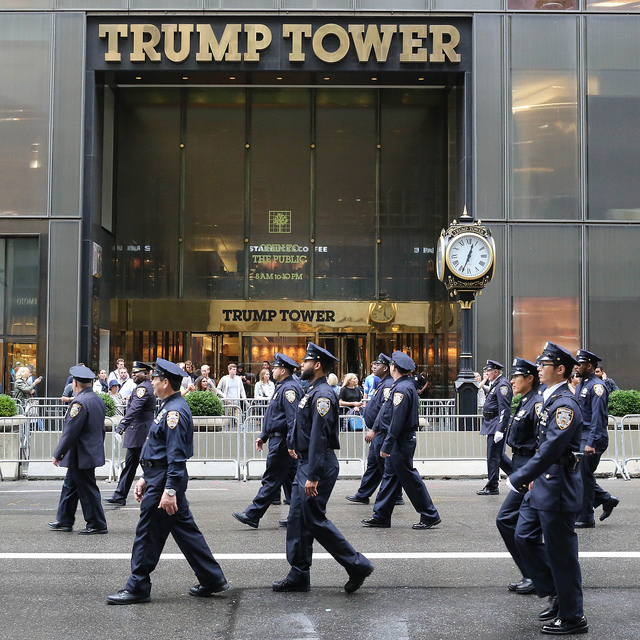 Donald Trump is a billionaire who cuts taxes on billionaires, so him and his pals can become even more filthy rich.

The fact that one of the few things he has actually done in office is to give tax cuts to the super-rich shows that the rhetoric about supporting workers is just that.

Inequality is reaching such heights that it is reasonable to say that democracy is under severe threat from plutocracy – rule by the wealthy.

Protest against Trump to reject the plutocracy and say we don’t want our lives run by billionaires for billionaires.

5 Put a dent in Trump’s ego 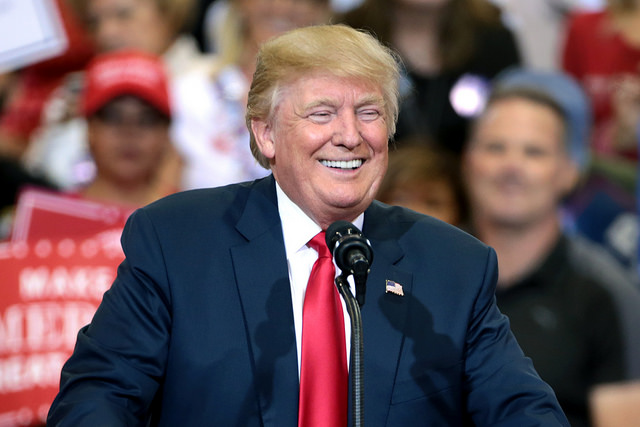 Trump loves to think that he’s loved, and he thinks that he loves Scotland and Scotland loves him. Those who argue that Trump would love the attention of a big protest against him are wrong – his vanity means he hates protests against him, especially big ones.

It’s important to make Trump feel unwelcome in a place he expects to feel welcomed – protest against him because you know he won’t like it. 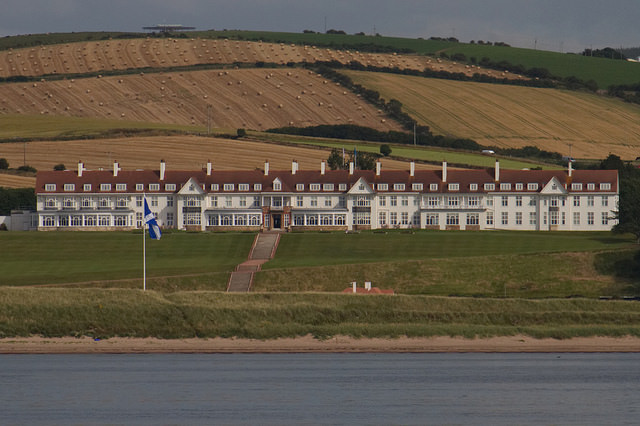 A letter to Trump from six Conservative groups with links to the Scottish Tories invited him, while in the UK, to spend most of his time in Scotland in order to avoid protests in London. As it turns out, he will be spending most of his time at his Turnberry golf course in Ayrshire, but whether the letter was one of the reasons for this we’ll never know.

Either way – how embarrassing would it be if they turned out to be right!?

Protest against Trump to make it clear Scotland is no safe haven in the UK from protest, and that we reject Trump as much, if not more, than any other part of Britain.

7 Show mini-Trumps they won’t get a foothold here 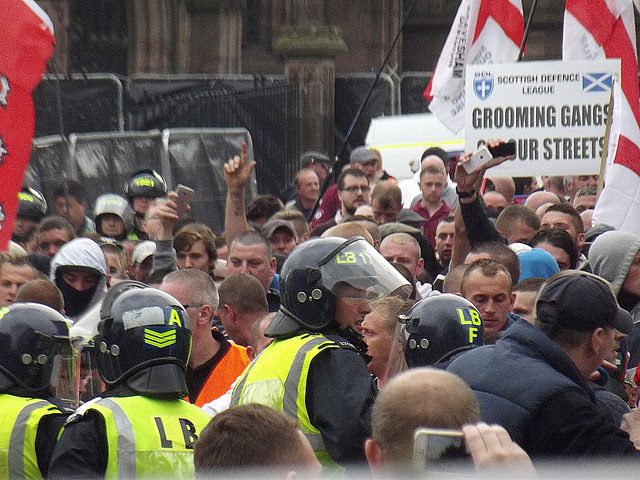 Trump’s rise has not occurred in a vacuum. A new populist right is rising up across the western world, based on the same politics of hatred and fear. UKIP may not be the threat it once was but this is mainly because much of its politics has reached the upper echelons of the Conservative party. Trump’s internet fan boys Paul Joseph Watson and Milo Yiannopolous have recently joined UKIP with the aim of renewing the party with Trumpian spirit.

Protest against Trump because a huge demonstration will show the mini-Trumps that they will never garner popular support here.

8 Put forward an alternative to Trump 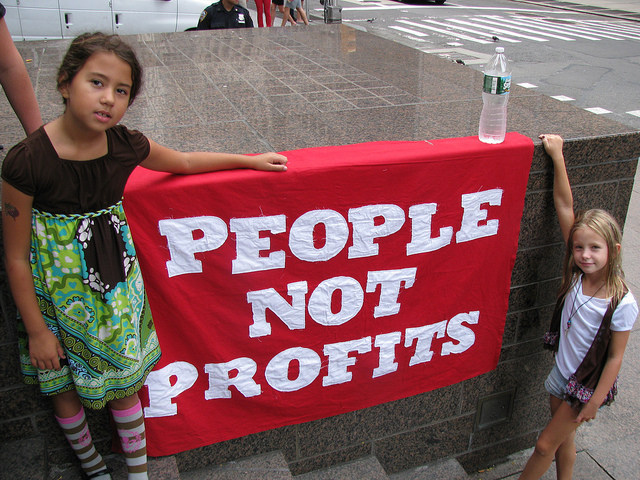 Trump has a vision for the future, and it’s not pretty. It involves turning a blind eye to the world’s greatest challenges – like climate change – and a US-first economic policy which is implicitly nativist and, in practice, means US corporations first.

We can’t beat Trump without putting forward an alternative future to Trump – being against him is not enough.

Protest against Trump because you are for something else – a planet that puts people and the environment first, not billionaires and bigots. 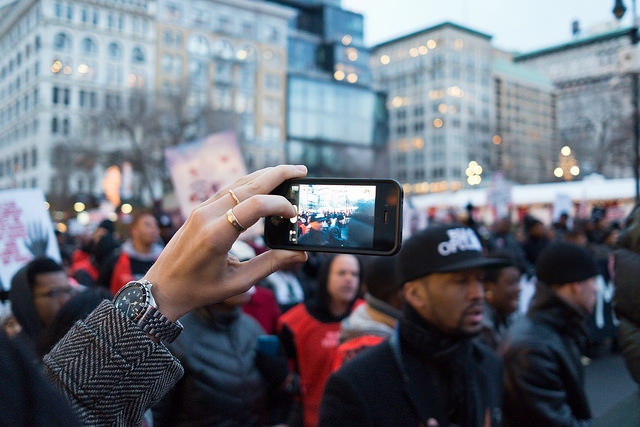 A mass protest against Trump based on opposing militarism and putting people before profit is also building a movement that can change things here, in Scotland and the UK. The effect of mass demonstrations is to breed confidence – that people power is a real thing and can make a difference.

Protest against Trump because you want to build a movement that has the power to end austerity, to create decent housing and jobs for everyone, and to empower workers to resist the mini-Trump employers every day.

10 Show solidarity with the United States 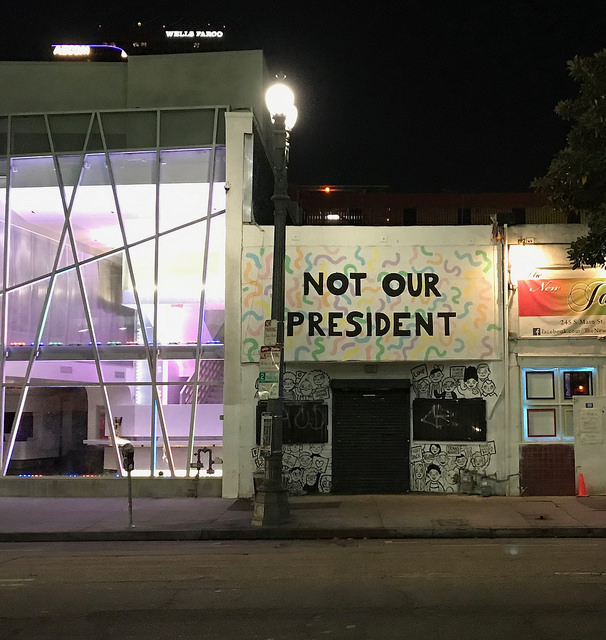 The US embassy in London issued a statement saying Americans should be careful in the vicinity of protests against Trump. This couldn’t be further from the truth – far from being anti-American, the protests will be in solidarity with the United States, and all those there suffering from Trump’s rhetoric and Trump’s policies.

Americans will hear and see a big protest in Scotland against Trump and take energy from it in their struggle. Protest against Trump because you want to show solidarity with the US.