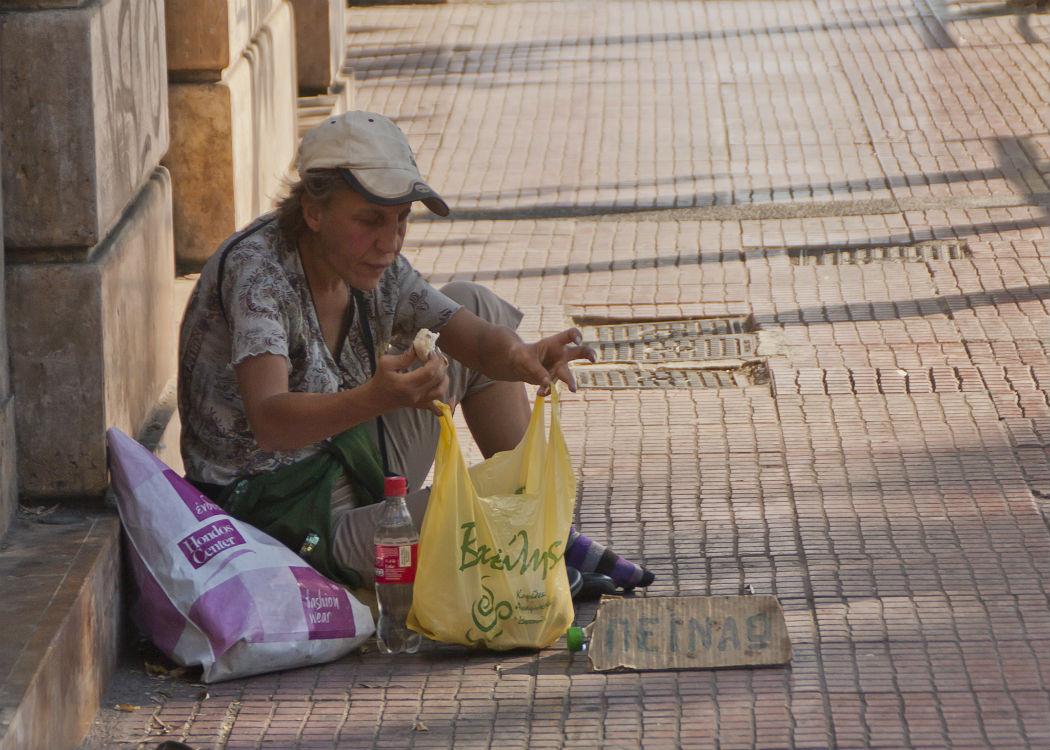 The numbers behind the crisis engulfing Greek society

BEHIND all the high-level verbiage about negotiations, financial markets and bank liquidity lies a real crisis in Greek society, affecting real people. Prime Minister Alexis Tsipras has labelled the situation a “humanitarian catstrophe”. CommonSpace takes a look at ten shocking statistics that reveal the reality of life in Greece.

Number of Greeks who have applied for the government’s Humanitarian Crisis Relief Program. The majority need help with getting food, while a small number need help paying rent and getting electricity.

The percentage of children in Greece living in poverty, up from 23 per cent in 2008.

The position Greece is ranked in Europe according to the percentage of population at risk of poverty and social exclusion.

The number of Greeks who don’t have access to electricity as of February 2015.

The number of Greeks that are not adequately fed, according to the Prolepsis Institute of Preventive Medicine and Occupational Health.

Increase in the rate of suicide in Greece since 2011.

The number of people in Greece that are homeless (as of 2013). The number has doubled since 2009.

The increase of the tax burden on the poorest Greeks from 2008-2012. The equivalent increase for the richest Greeks was just 9 per cent.

The number of pensioners in Greece living below the poverty line. Pensions have declined by 27 per cent between 2010-2014.