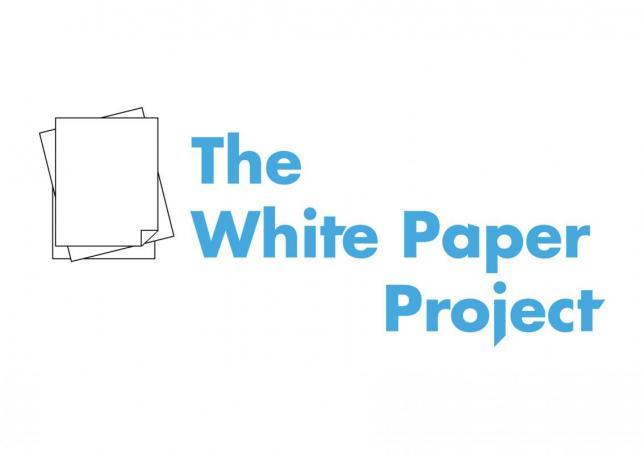 THINK tank Common Weal has launched a new report as part of its White Paper Project for an independent Scotland, entitled ‘A Scottish Tax System: Imagining the Future’.

The report, authored by tax expert, chartered accountant and political economist Richard Murphy, is the most detailed report to be published on the subject. CommonSpace takes a closer look at the paper’s recommendations.

Murphy recommends a number of radical changes in the relationship in the governance of taxation and its relationship to the finance and business sector.

In order to support the mutual trust required for an effective tax system, Murphy recommends that the system should be based around a set of clear principles, which everyone can understand.

These principles should be based around the Universal Declaration of Human Rights, in recognition of the links between tax and human rights, with rights and responsibilities accorded to the state and the citizen.

Murphy’s position on a Scottish currency is unequivocal. The report states: “Scotland must have its own currency from the day it becomes independent. This is, of course, the sovereign right of any state.”

Murphy explains that an independent currency and central bank is economically important as it ensures a government cannot go bankrupt and is able to fund its services by creating money or through quantitative easing. Under this system, the government would not be “beholden to markets”, Murphy says.

Ultimately, this means tax can be regarded as money to be reclaimed by the government as a result of spending, rather than having to be raised to pay for spending.

The report recommends the structures for managing the tax system, which would include a minister and ministry for tax which would be independent of the Finance Ministry.

Revenue Scotland, which is currently responsible for devolved taxes, would assume responsibility for all taxation. This would require a clear governance structure to avoid the pitfalls of HMRC, which has been criticised for being too close to big business and tax lawyers and adopting a discriminatory approach to enforcement between wealthy people and those on benefits.

With this in mind, the Revenue Scotland board would be made up of a range of representatives, including small and large businesses, trade unions, pensioners, charities, the public sector, and staff of Revenue Scotland.

Murphy argues that an important aspect of ensuring a fair and effective tax system will be a robust process of gathering and monitoring data. This would include data on people and companies in Scotland to ensure the right rate of taxation is being paid.

Scotland would require its own system of national and accounting statistics, to inform decision making in a way which Murphy says Government Expenditure and Revenue Scotland (GERS) has not been able to adequately do.

The paper suggests that Scotland should work to prevent international tax abuse by following UN principles and committing to public country-by-country reporting for all companies.

Domestic tax abuse should be tackled by bringing about an end to banking privacy, requiring all banks in Scotland to annually provide full details of accounts for Scottish residents, including the amount deposited each year.

Murphy also recommends investing in tax administration and research to ensure that the principles of the tax system are upheld effectively.

The paper also outlines a number of proposals to improve specific taxes, with reforms proposed for virtually every UK tax.

Murphy suggests an increase in the income tax, starting with a 20 per cent base rate, a higher number of tax bands, and a 50 per cent rate on the higher end of the scale.  The report says that “there is no evidence that a fifty per cent income tax rate is a disincentive to work or to living in a country”.

Personal allowance (the amount of income on which people don’t have to pay tax) should be reduced, because there is a risk that those who don’t pay tax will be less engaged in the political process. All tax allowances and reliefs would then be given at the base rate of 20 per cent.

The paper proposes the abolition of inheritance tax because of its potential for abuse, and instead suggests that capital gains tax should be charged at death.

Murphy suggests adding capital gains to the top part of a person’s income and treating it the same as other income. At the same time, the annual capital gains tax allowance should be reduced to a maximum of £2,000.

Abuse of transfers between spouses and civil partners should be minimised by taxing any gain from a transferred asset within three years of the transfer as if it were made by the partner who transferred it.

In addition to this, a lifetime gift receipts tax would mean that, after a fixed capital sum which any one person could receive in their lifetime, any capital sum beyond that point would be added to their income.

The paper also advises that all companies be required to submit a corporation tax return, and that all shareholders of more than 10 per cent capital should have to provide proof of ID and be personally liable for any failure to submit the company’s tax returns.

To incentivise reinvestment in the Scottish economy, the report suggests that a 100 per cent tax relief should be available on the cost of all sums invested in Scottish business activity- excluding renting and financial services.

One of two new taxes proposed in the paper is a tax on the financial sector, which, Murphy says, has been historically under-taxed.

In addition to removing the VAT exemption on financial services, the paper proposes a Financial Transactions Tax, which would effectively broaden the scope of Stamp Duty. This would allow taxation of banks’ trading accounts and all forms of financial trading.

The introduction of this tax is expected to limit the risk of instability in the economy as a result of speculative trading.

Following intermediary changes to the National Insurance system, Murphy suggests replace the tax altogether with a Carbon Usage Tax (CUT). The intention of this would be to bring about a reduction in consumption, as the tax would be charged on the flow of money through a person’s bank account, rather than on their income.

Murphy suggests this would be preferable to National Insurance, as this discourages job creation, and the CUT would would be more progressive than existing indirect taxes.

Common Weal’s White Paper Project aims to draw from a wide range of expertise and is not produced by a single author or group of authors.