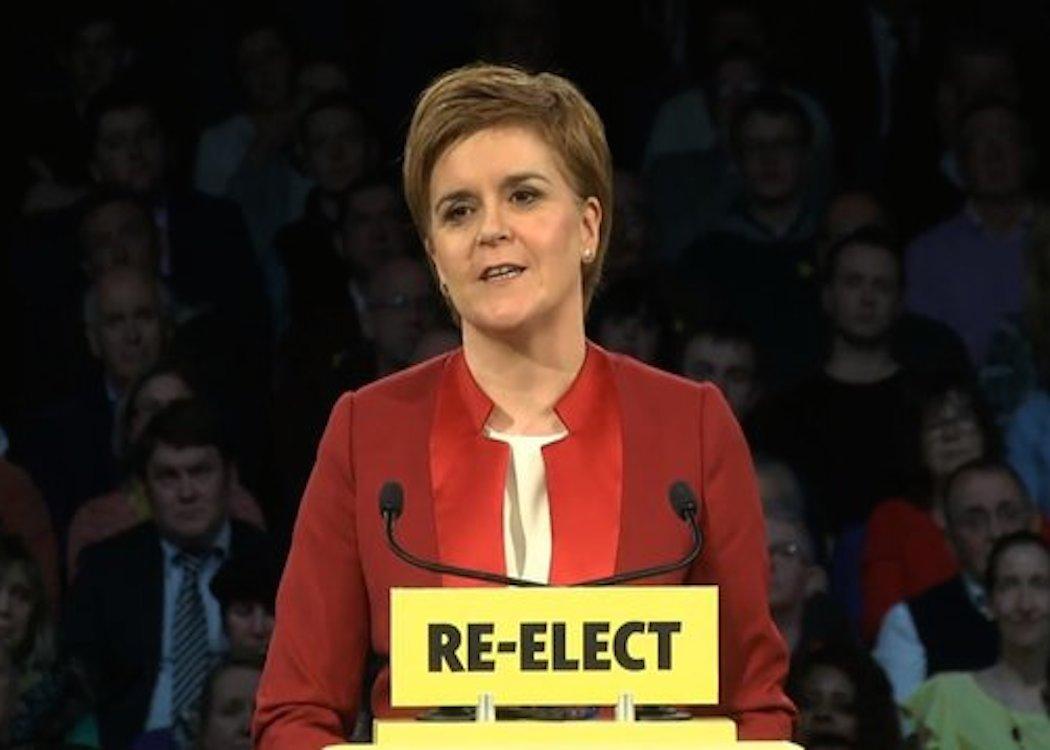 CommonSpace takes a look at some policy pledges from the SNP

THE SCOTTISH ELECTION has been dominated by tax and spending pledges, alongside calls to tackle inequality.

The SNP’s 30,000 word manifesto claims the party can tackle inequality and meet the expectations of campaigns for social reform.

Here are some of the main policies confirmed today [Wednesday 20 April] in Edinburgh.

The SNP will keep the council tax – with increased rates for those in the most expensive homes.

All income tax rates will be kept the same, meaning no increase for the richest above current levels.

If the SNP are re-elected, the party promises big funding commitments for healthcare, education and extra infrastructure investment.

A key pledge to improve education opportunities is an increase in childcare support.

The manifesto promises: “By 2021, we will almost double the number of hours of free early years education and childcare to 30 hours a week for vulnerable 2 year olds and all 3 and 4 year olds.”

The manifesto does not go far beyond the recent Land Reform Bill, but promises that it was “no means the last” of actions on land reform.

Rhetorically, the party has warned tax haven land owners that it will “end anonymous ownership” of large estates.

There is no commitment on a move towards land taxation, which may dissapoint the many grassroots SNP activists who want to redistribute land ownership.

The manifesto commits to “introduce national standardised assessments in primaries 1, 3 & 7 and s3”.

The tests form part of a “defining mission” to reduce the ‘attainment gap’ (educational inequality).

Further funding is promised to schools, but teaching unions are concerned that new tests will prove a distraction from providing quality, flexible education.

The SNP promised to continue a pro-rehabilitation approach to justice and imprisonment.

The manifesto says the party “will establish Community Justice Scotland to provide leadership and strategic direction in the planning and delivery of community sentences. This will support the rehabilitation of offenders and reduce reoffending.”

The SNP have long been committed to a tax cut for the airlines industry.

Its 2016 manifesto said: “We will reduce the overall burden of APD by 50 per cent, with the reduction beginning in April 2018 and delivered in full by the end of the next Parliament. Air Passenger Duty will be abolished entirely when resources allow.”

There remains an ongoing consultation on the environmental, social and economic impacts of an APD cut.

The SNP has faced pressure from its members to deliver a full ban on fracking.

Its manifesto pledged that: “We will not allow fracking or underground coal gasification in Scotland unless it can be proved beyond any doubt that it will not harm our environment, communities or public health.”

Campaigners are expected to press for a full ban after the election.

The manifesto does not include rent controls or measures to reduce the increasing rents in the private tenanted sector, as advocated by the Living Rent campaign.

Instead the party will “improve tenant participation” in housing.

SNP youth and student groups had called for a specific funding pledge for more teacher training on school bullying targeted at pupils due to their sexuality.

The manifesto falls short of this, instead promising “additional funding where required”.