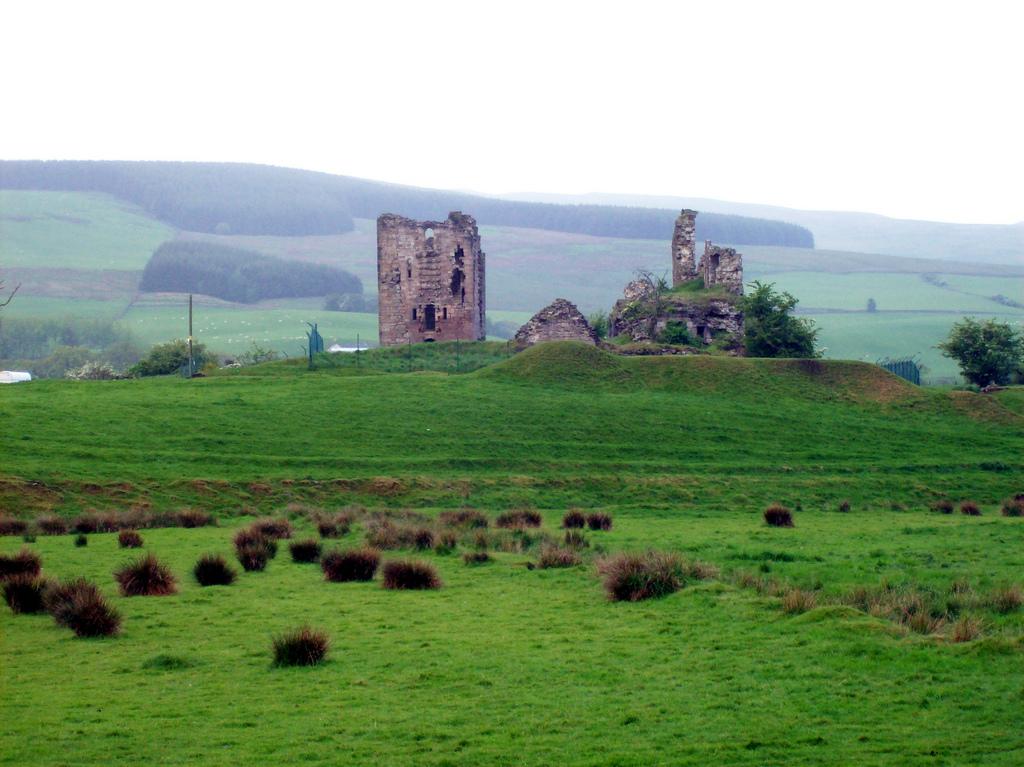 Everything you need to know about the Duke of Buccleuch, Scotland’s biggest landowner

IN an interview with the Daily Express on 7 February, the Duke of Buccleuch said he was filled with “anxieties” over land reform. He would be looking to reduce the size of his estate because of “political realities”, he said, claiming that his stewardship of the land had always been “in the best interests of the community”. The Duke added that the great home in which he resides, Drumlanrig castle, in Dumfries & Galloway, may be under threat from land reform.

The Duke is the person in Scotland with most to lose from the Scottish Government’s land reform proposals, being Scotland’s biggest private land owner; hence his appearance in the pages of the Express to make his case as a benevolent, friendly laird.

His Buccleuch estates management team are likely to be less benevolent in their lobbying efforts to defend their interests. After all, you don’t become the owner of more land than anyone in the UK without learning a thing or two about power and how to hold on to it.

So it might be worth knowing something about land reform’s leading nemesis. Here are 10 interesting things about the Duke of Buccleuch and his heritage.

1. The Duke is not only the largest private land owner in Scotland, but in the whole of the UK

The Duke of Buccleuch owns 240,000 acres of land with a land value of PS800m-1bn. The Duke has a major property investment portfolio worth PS350m, as well as farming, forestry, tourism and art investments.

The Duke of Buccleuch owns four major estates, Queensberry, in Dumfries & Galloway, Langholm, also in Dumfries & Galloway, Bowhill in the Scottish Borders and Boughton in Northamptonshire. He also owns land around Dalkeith Palace, near Edinburgh. He lives with his family in the Queensberry estate, taking residence in the 17th Century Dulmanrig castle. As of 2010, around 1,000 people lived on the Duke’s estates, with 489 full-time employees, plus 78 seasonal workers in the summer.

2. The Duke is one of five people in the UK to hold two different dukedoms

3. The Duke is related to Mary Queen of Scots

The Duke’s bloodline can be traced back to the Douglas and Scott clans in the 12th century and the Montagu clan in the 13th century. Mary Queen of Scots and Henry IV of France are direct descendants.

4. Eton-educated Sir Richard Scott is the 10th Duke of Baccleuch

The current Duke of Buccleuch, Sir Richard Scott, is the 10th Duke of Buccleuch. He is in the top 20 richest people in Scotland, with an estimated wealth of PS195m (excluding land value), making him the sixth wealthiest Duke in the UK. He attended Eton College and graduated from Oxford University. He was Page of Honour to the Queen Mother as a teenager, which essentially involves carrying the end of the Queen’s long dress at official occasions.

5. The Duke used the law to cheat the community

Andy Wightman, author of Who Owns Scotland?, tells a revealing story of the way the Duke of Buccleuch still uses feudal patronage to exercise control over land. In the case of Langholm, in Dumfriesshire, a piece of land called the Kilngreen was ruled by the court in 1759 to be in common ownership “immemorially”.

However, by 1816, in a prosecution case against revolutionaries who used parts of trees from the Kilngreen in a demonstration, the court accepted the Duke of Buccleuch’s case that he owned the land despite the 1759 court ruling. By 1922 the Duke had decided to gift the land to the local council, on the condition that it could not be sold without his consent, despite the fact that in law he was never the proprietor.

In 2009 the council asked the Duke if he would waive his consent, but the Duke refused – instead offering to buy the land back for PS500, a fraction of its market value. The council agreed, and the Duke now owns the land. Go back far enough, and all of Scotland’s lairds will have attained their land through dubious legal means, only to use the law now in their own interests.

6. The Duke avoids title boredom by having another 10 to pick from

7. The Duke is involved in controversial methods of gas extraction – and a community is trying to stop him

The Duke of Buccleuch is actively involved in the energy sector. He was recently part of a controversy involving the Scottish Energy Minister, Fergus Ewing, and SNP MSP Joan McAlpine.

The Duke of Buccleuch’s plans for controversial coal bed methane extraction – something fracking campaigners oppose – in Canonbie, Dumfries and Galloway, were met with opposition from the local community, including McAlpine who spoke out against the development at a local public meeting.

The chief executive of Buccleuch Estates, John Glen, wrote to Ewing to express his concern about McAlpine’s intervention. Ewing scolded McAlpine, reassuring Glen that he agreed there was “an opportunity” for job creation in Canonbie through the coal bed methane development.

McAlpine then complained to First Minister Nicola Sturgeon about the Energy Minister. The Duke’s plans now look to be dead in the water after Ewing’s recent announcement of a moratorium on unconventional gas extraction.

8. Sir Walter Scott is a descendent

One of Scotland’s most celebrated authors’, Sir Walter Scott, who wrote classics like Rob Roy, Waverley and The Heart of Midlothian, directly descended from the Lords of Buccleuch.

9. The Duke honours his title and wealth by avoiding taxes

The last Duke of Buccleuch, John Scott, asked the compilers of the Sunday Times Rich List to downgrade his place to equal with Sean Connery, who was then worth PS85m. He made this claim on the basis that if he sold his much revered art collection he would have to give away 80 per cent of the proceeds in tax. Despite this, he left PS320m in his will, the majority of which went to Richard Scott, his son and successor.

While Richard Scott’s wealth is officially registered at PS185m, it could be much more. In 1995, John Scott was successful in having his estimated wealth reduced on the Sunday Times Rich List from PS300m to PS40m because he officially didn’t own any shares in his estate. The shares, it was discovered, were owned by four Edinburgh lawyers, in a holding company worth PS4 that hasn’t traded since 1992. The real money is held in a trust somewhere, and scurried into offshore accounts away from the tax man.

John Scott, who was a Tory MP for Edinburgh South for a decade, said in 2002 that he feared “left-wing legislation” on land reform, adding that there were ”a great many MSPs who are a mixture of pavement plodders and others who are still living in the times of the Clearances and would like to see our estates cleared out.”

10. A major police operation once assisted the Duke in recovering a stolen Da Vinci

A Da Vinci painting worth PS50m was stolen from the Duke of Buccleuch’s home in 2003. The painting, ‘Madonna of the Yarwinder’, was eventually recovered from a law office after a major police operation. On its recovery, the Duke of Buccleuch said the painting, one of 20 Da Vinci’s in the world, was “hugely emotionally important for all of us in the family”. In court it was discovered that the Da Vinci painting had only been insured for PS15m for the sake of the tax man.