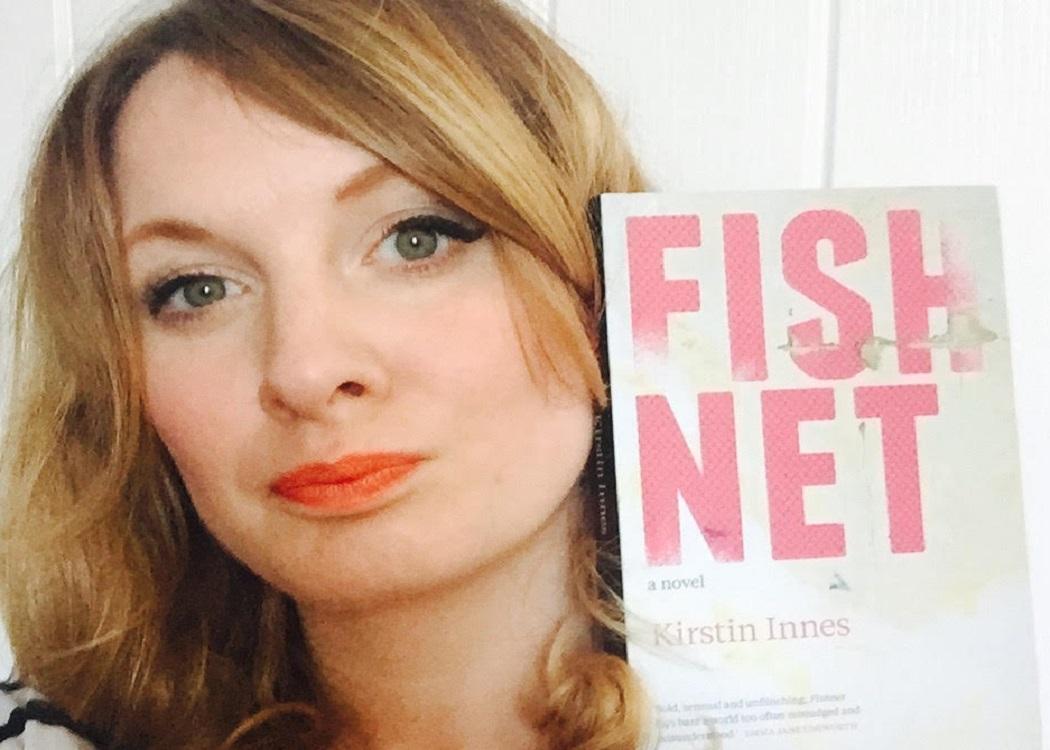 As part of our 12 Things You Didn’t Know About Series we speak to Glasgow author Kirstin Innes, who won The Guardian Not The Booker Prize 2015 for her debut novel, Fishnet

I don’t know if I have a hero. Some people I admire, in no particular order: the writers Rebecca West and Djuna Barnes; the political activist Jean Ross, who was Christopher Isherwood’s model for Sally Bowles although she was a lot more radical than the dilettante character he created; Debbie Harry; Alison Goldfrapp.

Tightrope, by Janelle Monae. Or maybe Life On Mars.

Irrational answer, after the lights have gone out: vampires.

Right. Twitter is an amazing platform for getting voices heard, and has been pivotal for a lot of lives, and movements. Through researching my book, Fishnet, about the sex industry, I became aware of Sex Work Twitter, a brilliant, internationally-reaching group of sex workers and sex work activists who have found each other, and by extension, communal lobbying power, through an online platform that both amplified their voices and allowed them a certain degree of anonymity.

Twitter is a wonderful tool that’s made a huge difference to loads of people; it’s my favourite way of getting news, and I check it every morning. But I hate it. I’m a total fearty who will always run away from a fight, and I usually just want to hide from the cut and thrust and jump to hysteria Twitter can involve.

I don’t think the super-short form and instant gratification of constant new information are that great for our heads, either. Facebook, where there’s space and thought, and you’ve probably met most of the people in your feed personally, is a bit calmer and easier to tackle.

Difficult question to ask someone who grew up in Edinburgh and spent most of her adult life in Glasgow. Depends which coast I’m on. Something in the air makes vinegar better over west.

The person is my partner, because he’s the best company, and we’ve got years of not killing each other through annoyance or for food already under our belts.

The book is the complete Tales of the City, which I was obsessed with as a teenager; I can recognise now that the writing isn’t as wonderful as I thought it was back then, but it would be quite a useful thing to have on a desert island as reading it feels like home.

I’ve been dithering over the food: Cheese? Scallops? I’m going to go with apples, though. I think I could eat a lot of apples without feeling sick of them.

Oh, all the time. ALL THE TIME. I’m quite good at admitting it, usually. It was recently pointed out to me that I argued for ages that David Bowie was better in the 1980s than 1970s. That was wrong and I apologise.

The current Tory government; the reactionary, right-wing blinkers that a lot of UK media commentators and TV pundits seem to be wearing of late.

Right now, my baby kicking inside me, because sometimes I still can’t quite believe it. It took us four years and a lot of heartbreak and invasive, undignified medical procedures to get here.

I’m trying to be a bit more outspoken about infertility, because it’s something a lot of people feel they have to suffer through in silence, which contributes to a lot of stigma and ignorance around it.

Muriel Spark. I’d spend days drafting and redrafting those questions and then feel myself withering under her scorn as soon as I opened my mouth. Actually, I don’t know that it would be that pleasant an encounter…

I’d just make wild noises of incoherent rage and hopefully freak him out a wee bit. I don’t think he’s persuadable. He’s got the self-satisfied air of a man who made up his mind about everything a long time ago.