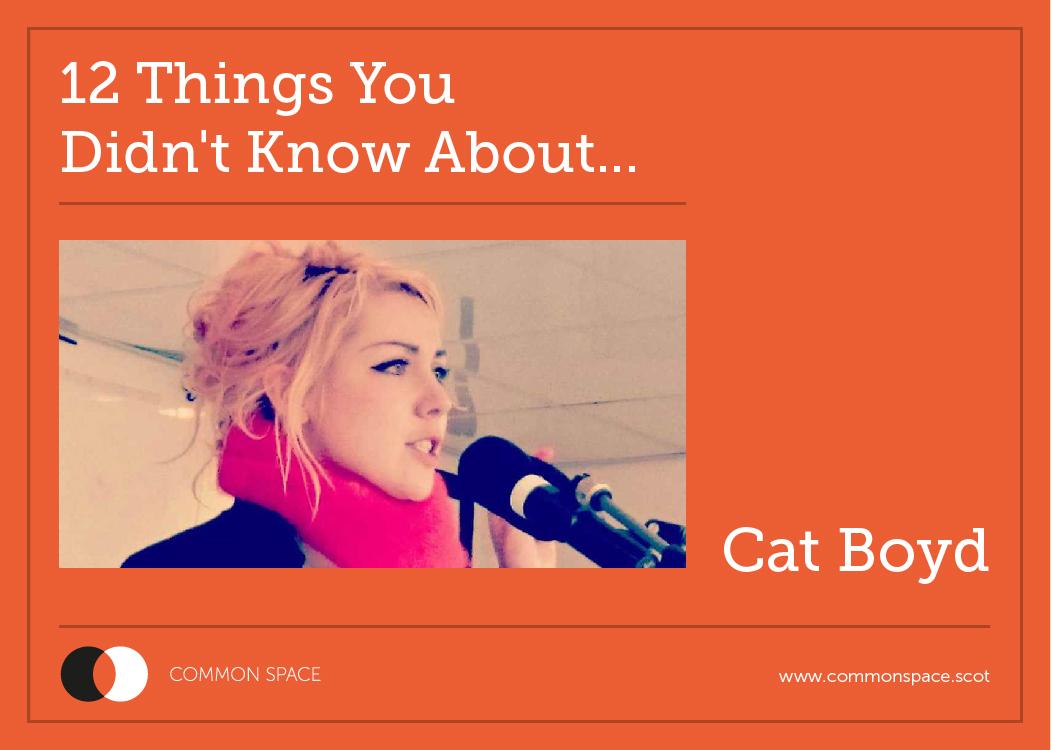 I think you’re supposed to put something professional here, but the real, uncensored truth is that I wanted to be Judy Garland in the Wizard of Oz. I was obsessed with that film. It’s the film I’ve seen most times in my life, and can still remember all her (my) lines.

I used to speak in an American accent and tell everyone that my real name was Dorothy Gale and that I was from Kansas. Follow the Yellow Brick Road!

Bernadette Devlin, or Bernadette McAliskey as she’s known now. Without a doubt.
Her book The Price of My Soul is one of the most important things I’ve ever read. It’s written in simple, direct language but tells this totally absorbing story of her life; from abject poverty in Country Tyrone to leading the movement for civil rights.

When I met her a few years ago, I was so nervous, but she is really approachable. She is a steely, defiant and proud woman who for decades has stood against the powerful, the hateful and the mighty to fight for ordinary people’s rights.

There’s a quote in her book that I remind myself of when politics gets rough and everything feels like a constant struggle: “To gain that which is worth having, it may be necessary to lose everything else.”

And I guess at one point in your life as an active socialist, you do have to make that decision. I don’t have a lot of money, or inherited wealth or land or power. All we have is our strong resolve, our bodies, and our collective power. And sometimes we just have to keep pushing ourselves to the limit so we can win back what’s rightfully ours.

I’ve made my decisions about life and politics and so on and I’m happy to make sacrifices in my own pride and personal life to keep on fighting for the things that are worth having.

I think Bernadette’s political outlook is great. When she spoke at the Radical Independence Conference in 2012, everyone in the session was completely captivated by her delivery, her knowledge and the really beautiful turn of phrase that she has.

Especially during this election period, I like to keep her voice in my mind: “My function in life is not to be a politician in parliament: it is to get something done.”

I suppose most people know her as the youngest parliamentarian who reached across the floor of the House of Commons and slapped the Tory home secretary for lying about the Bloody Sunday massacre. She certainly got her point across and I think she’s a good role model in that regard, for sure.

Eh, too many to chose from. The song that probably changed everything for me in terms of how I looked at the world was Faster by the Manic Street Preachers.

Moths, butterflies and accidently saying something inappropriate on live radio or telly debates, like “away and get yourself to fuck pal”, etc.

My pal Fi, who is my #1 friend at keeping me simultaneously sane and entertained – perfect for a desert island. For reading, I’d take Lanark by Alasdair Gray . And I’d probably want to take some crackers; perfect halfway point between a biscuit and a crisp.

Ach, I’ve been wrong loads of times about different things. But I think that’s okay. I think it’s fine to make mistakes, and that we should allow other people in our circles to make mistakes and to be wrong, too – especially in politics.

When you take risks in politics, there’s always a danger that you’ll get it wrong. I’d rather take a risk and get it wrong, than be conservative and narrow in my outlook. To be clear: it is actually okay to admit that you were wrong about a tactical or political decision. I’m always suspicious of folk who say they’re never wrong about these things. Alarm bells!

Injustice. When people are made to feel powerless. When people have their dignity robbed from them by an economic and political system that is just bloody indifferent to their lives.

I try my best to turn my anger into a positive energy. And I feel like a lot of us in RIC and Rise, and the other campaigns I’m involved in, have been successful in turning that collective rage into a real force for change.

Knowing that there’s a bunch of people out there who have my back, and them knowing that I have theirs. Feels good.

Margaret Thatcher. I’d tell her all about how her greatest legacy, New Labour, was falling apart. I’d show her videos from the referendum and ask how she felt about her beloved Britain holding together by a thread.

I’d show how there are hundreds and thousands of young people switching on to left-wing ideas. You know, just to show her how we’re all getting on.