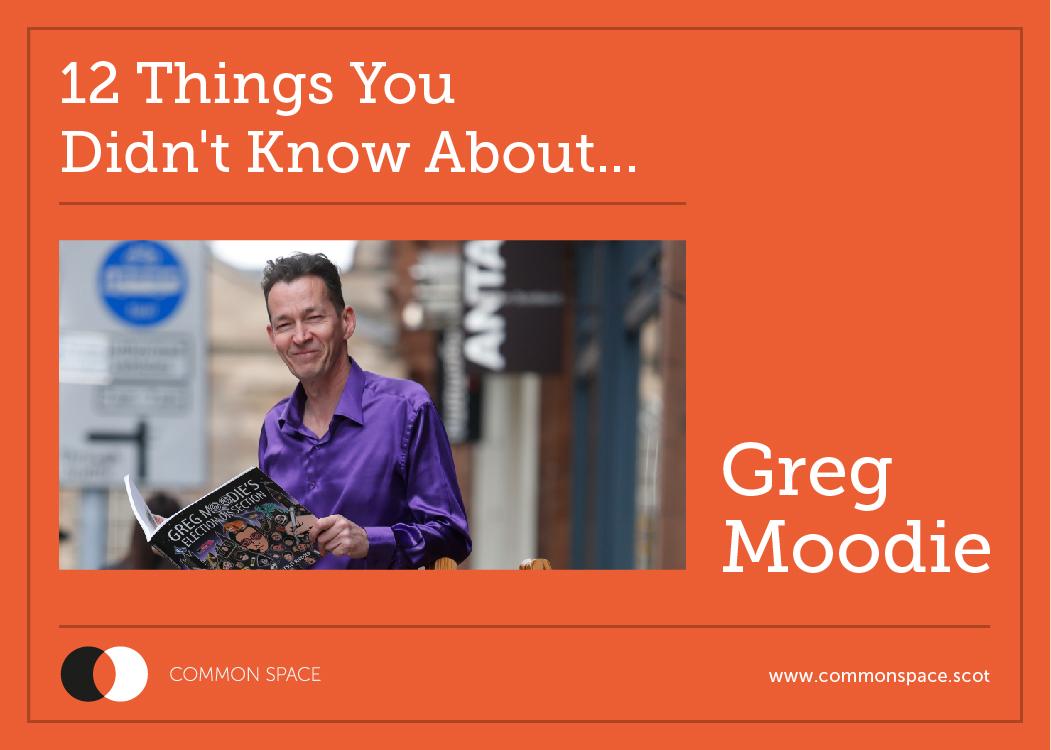 Greg Moodie, The National’s cartoonist and creator of MoodieVision , bares his soul to CommonSpace in our 12 Things You Didn’t Know About series

An ice hockey player. I still do. I grew up in Canada where they put skates on you as soon as you can walk. I only started drawing so I would have pictures of hockey players and their team idents – my introduction to graphics.

Charlie Chaplin. I could watch him for hours. He just moved so beautifully. Look at the bread roll dance.

Anything by Sparks, but ‘This town ain’t big enough for the both of us’ is still pretty special. I never tire of it.

Balloons. You never know when they’re going to burst. I’m also not too happy in cars.

Obviously, balloons in cars are a real problem.

One is populated by strangers, the other by people you know. You would think that might give Facebook the edge but instead it makes it suck. Go figure.

I’m technically Dundonian so it would have to be salt n vinegar. But chips? Ew.

I would take Madeline Kahn, who sings the ‘I’m Tired’ song in Blazing Saddles. And sushi, as it’s the food of the gods, the Japanese and me. And best make it a book on how to catch fish because I really have no idea.

You know that ‘free wi-fi’ you see in bars that you have to sign up for and involves giving out personal info and then has a ‘family filter’ that blocks dangerous sites such as Wings Over Scotland ?

Having nothing to do. It doesn’t happen that often but when it does, I wander aimlessly round art galleries pretending I don’t need to work.

I’m currently working on a series of Tam O’ Shanter murals for the Torphichen Inn so I’ve been thinking a lot about Robert Burns. I have lots of questions but the main one would be ‘How did you find the time?’

For someone so educated, you’re not very bright.