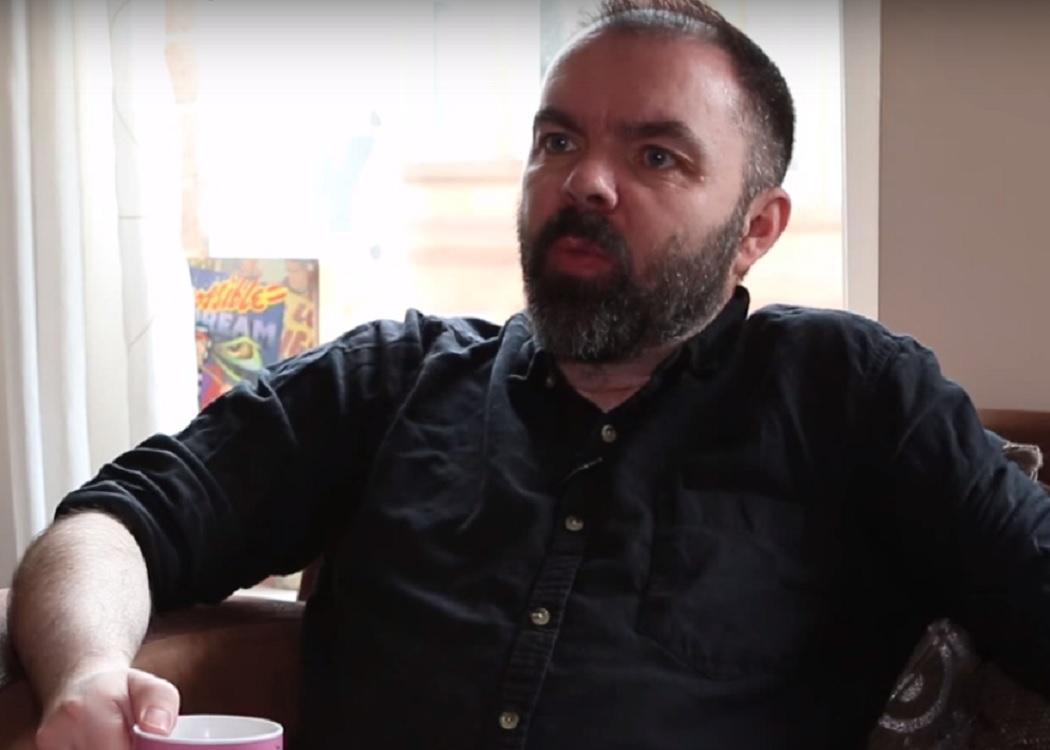 Though everything could have been very different if I’d taken the job they offered me in the Diplomatic Corps when I was 19.

Adam Ant. Because you really never should stop being dandy.

‘My Little Underground’ by The Jesus And Mary Chain. Just thinking about it gives me goosebumps. I wrote a whole massive feature about the album – you can read it on my personal blog if anyone wants to know why .

Rational stuff, mainly – lions, poisonous snakes, falling off tall buildings, Tory governments. But mostly, I think, stupid people. Because I’m genuinely frightened of anyone you can’t reason with. It suggests their brains are wired up wrong, and that means you’ve no idea what sort of idiotic/awful stuff they might do.

If you’d asked me which was better out of Facebook and the Holocaust it’d have been a close-run thing, so I guess Twitter.

Which is better: salt ‘n’ vinegar or salt ‘n’ sauce?

I’m actually a bit of a vinegar connoisseur – it’s my only vaguely sophisticated/expensive lifestyle vice. I’m always buying fancy ones – I got a lovely orange cream balsamic from a farm shop near Frome last week – or making my own blends. But in terms of chip-shop chips, it’s a ridiculous question – salt’n’sauce, OBVIOUSLY. The best reason to visit Scotland since Greggs stopped making strawberry tarts, the shitebags.

You’re just trying to get me to sexually objectify women there, aren’t you? NICE TRY.

The best book ever written, and the one I’ve read most often, is 1984, but it’d be a bit bleak for a desert island so I’d probably go for one of the Hitch-Hiker’s Guide books or a Bill Bryson travelogue or a Christopher Brookmyre thriller – something funny that’d transport me to somewhere else and still be able to make me smile at lines I’ve read a thousand times.

And Chinese, of course. As long as we’re talking about the kind of Chinese that also does decent chips.

I thought Glasgow would be the lowest Yes vote in the referendum. Shows you what I know about anything.

Liars. Almost everything I’ve done in my life has been driven by a hatred of lying. Ultimately lies are the root of all evil, or at least 99 per cent of it. My contempt for liars is beyond measure. If you want to really, REALLY piss me off, lie to me.

Millions of things. A friend of mine sometimes reads the mad stuff people write about me on the internet and looks at me amazed. She says I’m the happiest person she’s ever met, because I’ll get excited about anything – squirrels, a new song I’ve just played 50 times in a row, a pleasant stroll, a beautiful goal in a football match, whatever iPhone game I’m obsessed with this week, wading through shin-deep mud in the rain at a festival, a horrifyingly dark Jerry Sadowitz or Family Guy joke, a weird building … the list goes on forever.

I’m pretty much only ever grumpy professionally.

Winston Churchill. I think he’s one of the most remarkable figures in history – in many respects, undeniably, a total monster, but in others someone of extraordinary bravery and strength of will.

I think the sheer force of his personality, with all its flaws, is what saved Britain from defeat in 1940. I’m fascinated by him, so I’d really like to try to figure him out a bit, see if he was Jekyll with a touch of Hyde or the other way round.

There is something in particular, but it’s so offensive there’s no way I’m telling you it here. I’ve been in the papers enough recently.