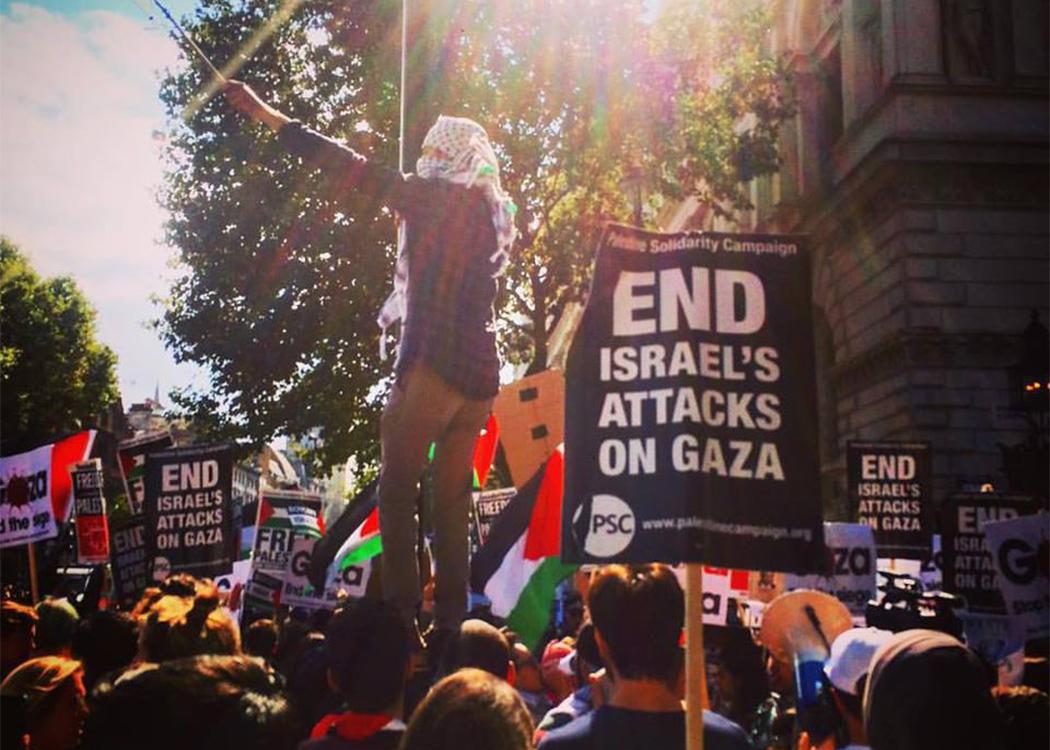 13 OF SCOTLAND’s 56 SNP MPs have attended a protest against a visit to the UK by Israeli Prime Minister Binyamin Netanyahu.

The rally, which took place in Whitehall opposite Downing Street, saw hundreds of pro-Palestinian protestors square off against around 50 pro-Israel demonstrators who assembled to welcome Netanyahu.

The Israeli leader has been heavily criticised in the international community for Israel’s assault on Gaza in summer 2014, during which anywhere between 2,000 and 2,500 Gazans died and more than 10,000 were seriously injured.

Other SNP Parliamentarians who could not attend the protest but supported it included Margaret Ferrier, Chris Law, Gavin Newlands, Phil Boswell and Martin Docherty.

An SNP spokesperson told The Herald that SNP friends of Palestine has “no formal status within the SNP”.

“Party members are of course free to express their individual views on any issue, providing it is done respectfully – that is the essence of democracy,” they added.

The Israeli consul in Scotland criticised the SNP MPs who attended the demonstration, saying: “Those objecting to the visit and protesting should be aware that Israel is the Middle East’s only democracy, with full and equal rights for women, gays and ethnic and religious minorities.”

In response to the consul remarks a spokesperson for SNP Friends of Palestine told CommonSpace: “Unless they are Palestinians, regardless of their faith, living under military occupation or encircled by a wall, or African refugees seeking asylum in Israel. Then there are no equal rights and very little tolerance.”

A petition calling for Netanyahu to be arrested in London for alleged war crimes in Gaza in summer 2014 has reached over 100,000 signatures.