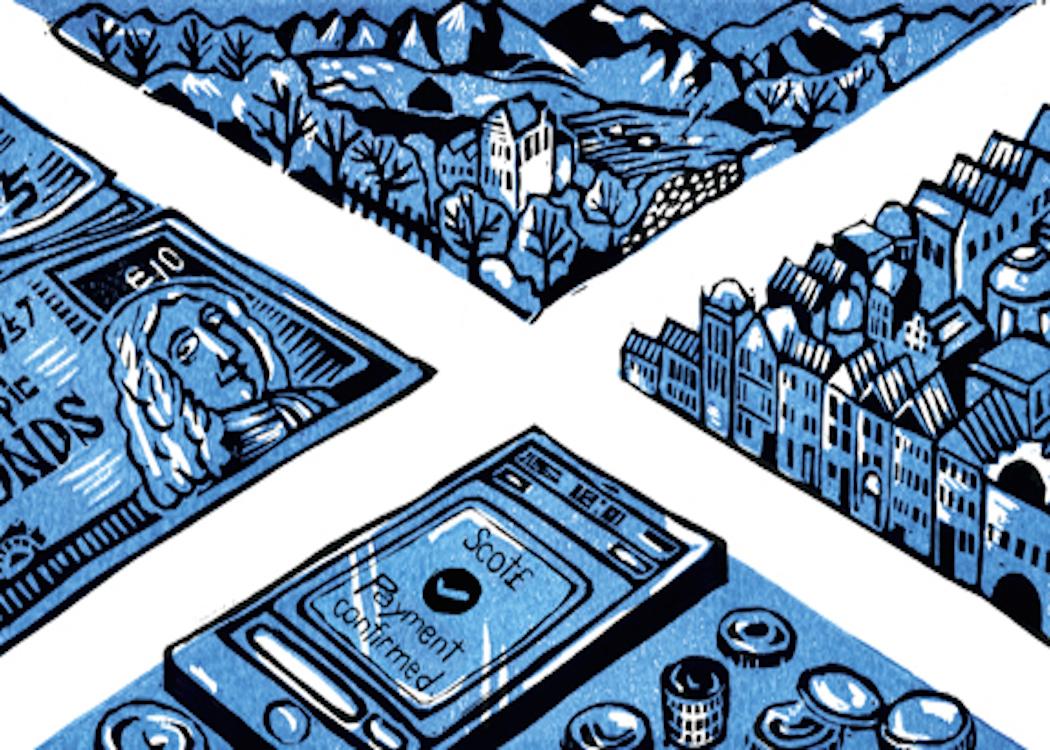 Customers will be able to publish lager with experimental digital currency

A 150 year-old pub in Glasgow’s Woodlands Road could be the first to let customers pay in a Scottish digital currency.

The Arlington, which opened in 1860, is pioneering the use of the new digital currency.

Starting on St Andrew’s day, the Arlington will allow customers to pay via ‘Scotcoin’.

Initially the crypto-currency will be limited to their ‘Stone of Destiny’ lager; so-called because the pub claims to house the ‘real’ stone, which was stolen from Westminster Abbey by student nationalists in 1950.

Scotcoin was established in 2013 by Derek Nisbet. It uses a ‘blockchain’ which prevents inflation, but can be swapped directly for the popular digital currency Bitcoin, which is estimated to have up to three million users around the world.

A report by think tank New Economic Foundation in conjunction with Common Weal, released in September, recommended the creation of a ‘ScotPound’ complementary currency backed by the Scottish Government.

The authors called for political parties to include the proposals in their 2016 Holyrood manifestos, saying that it had the potential to transform the economy and tackle social inequality.

As with Scotcoin, the ScotPound currency would be used alongside, rather than in the place of, the pound sterling.

Duncan McCann, lead researcher on the ScotPound report, told LeftScotland in September : “Money is a human invention. We created the rules, we created the parameters, so we can change it.

“Most of our money now is just data. Our current monetary system is inherently unstable – it’s almost solely dominated by commercial banks who create over 97 per cent of money. Because this money is created through loans, it requires people and governments to get into debt, so acts as a huge driver on inequality. The bottom 80 per cent of earners are giving money to the top ten per cent of earners.”

The ScotPound report proposes a 250 ScotPound (SPS) dividend for every Scottish citizen, which would boost the economy by increasing purchasing power. It also outlines a not-for-profit system of payment called ‘ScotPay’ which would allow individuals and businesses to leave behind bank fees and credit card charges.

It was backed by SNP MP George Kerevan, who serves on the House of Commons Treasury Select Committee.

The issue of currency dominated the referendum debate, with the SNP insisting that an independent Scotland would be able to use pound sterling, which the No campaign denied.

The proliferation of digital currencies, if successful, could indicate that an ‘either/or’ view of currency is outdated.