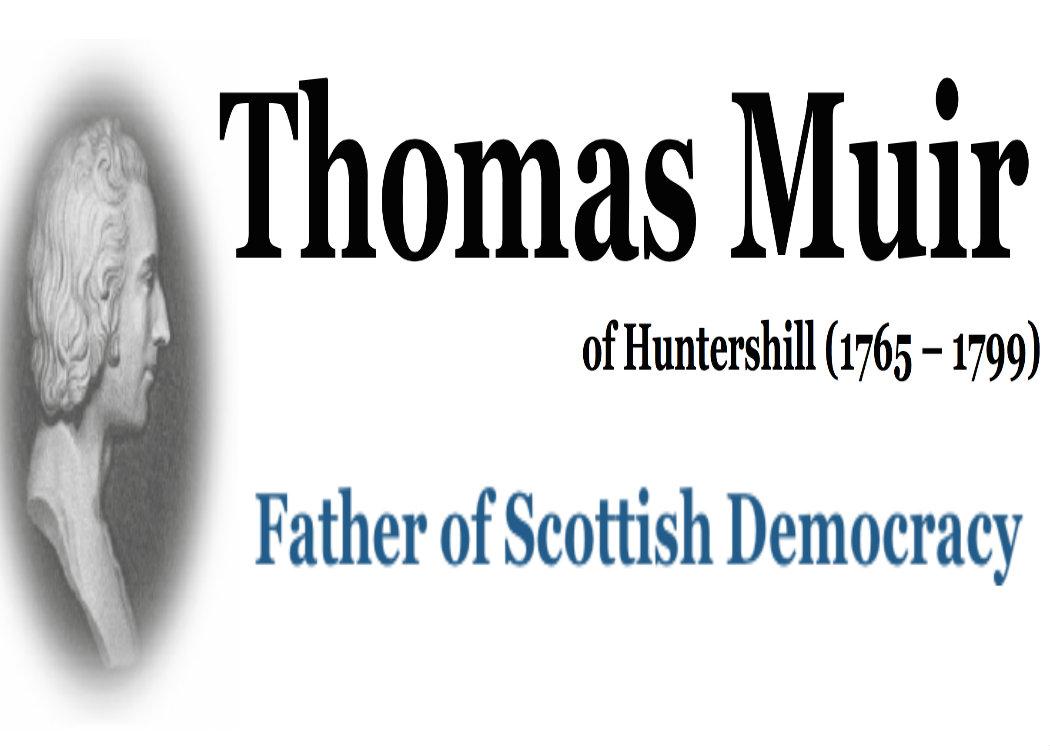 Alex Salmond and Tom Devine among speakers at events

THOMAS MUIR, the 18th century campaigner exiled from Scotland for pursuing political reform, will be remembered as part of a festival of events to mark the 250th anniversary of his birth.

‘ Thomas Muir 250 ‘, an organisation seeking to maintain Muir’s legacy, has organised 19 separate events – ranging from book talks, a lecture from former first minister Alex Salmond, a re-enactment of Muir’s trial, a schools’ debate, a parliamentary reception, and a march through Edinburgh.

The first event, hosted at the Mitchell Library in Glasgow, takes place Saturday 22 August with the final event scheduled for Tuesday 24 November.

Leading organiser Jimmy Watson, who also is a member of The Friends of Thomas Muir society, told CommonSpace: “Muir was advocating for universal suffrage and democracy. But what makes him significant is his court case. Once that trial hit the public domain, it sowed the seeds of democracy and spread that idea far and wide.

Muir, targeted by the Lord Advocate Robert Dundas, was tried for sedition in the High Court of Judiciary by Lord Braxfield in 1793. He was found guilty in a politicised trial then transported to Australia as a convict.

“Everyone could cover it and it didn’t come under the seditious legislation that covered everything. People said Muir was a bit foolhardy and foolish. I think the opposite. He was alternative and he put his neck on the line for what he believed.”

Muir, targeted by the Lord Advocate Robert Dundas, was tried for sedition in the High Court of Judiciary by Lord Braxfield in 1793. He was found guilty in a politicised trial then transported to Australia as a convict.

Muir had been a leader of The Friends of the People movement in Scotland at a time of political upheaval in France and America. He campaigned for constitutional reform and democratic liberty in the face of state and legal persecution.

Muir later escaped from Australia and returned to revolutionary France where he would die in 1799.

“We started on this journey in 2008-09 to raise awareness of Muir within our local community. For me the number of people I’ve met at all levels of Scottish society with an interest in Muir has been great,” Watson explained.

“There’s so many contrasting events. There is something there, hopefully, for everyone. They are unique in their own way. We’ve got Alex Salmond personally speaking about Muir. Following the year we’ve just had, that’s significant.”

“It speaks for itself. It’s got its own momentum and its resonating out there,” Waston told CommonSpace.

The growth of interest surrounding Muir coincided with the publication of ‘The Liberty Tree’ by author Murray Armstrong which dramatises Muir’s story.

A portrait of Muir, by artist David Martin, is believed to be somewhere in a private collection.

However, painter Ken Currie will unveil a new portrait of Muir as part of the commemorations. A portrait, selected from a school portrait competition, will also be placed on show in the Scottish Parliament.

All the events related to the 250th anniversary of Thomas Muir’s birth are available online .