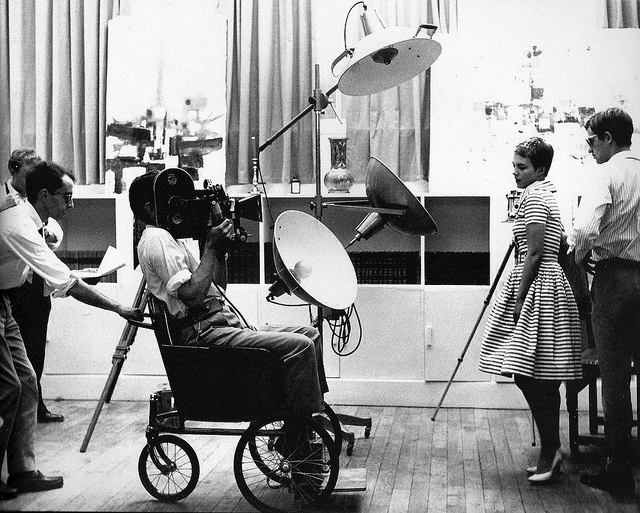 THE RADICAL FILM NETWORK (RFN) will utilise the 50th anniversary of 1968 and the revolutionary potential it inspired as a “a way to take stock of where we are now, and where we might want to be by 2068.”

Launching at the citizenM in Glasgow on 1 May, the RFN68 festival will host a range of screenings and events across Scotland – in what is being described as a devolved, decentred and autonomous festival – inspired by the questions raised in that pivotal historical moment.

In its own words, the RFN will ask: “Did the hopes and aspirations of 50 years ago bed into the values of the society we live today, or fade like a false dawn? Are there lessons to be learned still from the radical achievements and failures of 1968? Does our world seem as motivated and engaged, or suffer in the comparison?”

Speaking to CommonSpace, the RFN’s Fran Higson, one of the festival’s organisers, said that this year’s event is “a real meeting of areas and sectors – students and academia meeting with unions and activists, filmmakers and film festival organisers. It’s a cultural gathering of spirit, if you like.”

Reflecting on the continuing significance and relevance of 1968, Higson sees some parallels between then and now, which the festival intends to bring into sharp relief: “I wasn’t alive at the time, but what was happening in the world at that point – particularly in Paris – was all these different groupings of people and cultures coming together, to organise together, and I think what we’re doing in Scotland is that kind of meeting of different worlds.

“It was a time, I think, of change, excitement, a whole sense of enough is enough in the world, and people were rising up. I don’t know if people are really rising up now, but it would be nice to think we could help that along by bringing these ideas back into focus.”

READ MORE: Dreams in place of our slow-motion nightmares: Why May ‘68 still matters

While many retrospectives on 1968 tend to focus either exclusively or excessively on France and the United States, which cemented the year’s significance within the Western popular imagination, RFN68 will take a wider view, with events on its programme examining such aspects as the German Democratic Republic, the West Midlands, Northern Ireland and the Middle East.

Considering the narrow geographic focus of how 1968 is often thought of, Higson says: “It’s a question of who writes the history in a dominant culture – that’s a constant battle. I think it’s hugely important; the political song night, for instance, will be really interesting, because there’s songs coming from Mexico, from Chile, there’s Kurdish singers, there’s going to be people coming from all over and different cultures who have political songs from that period.

Asked if she felt other nations’ struggles and uprisings were often overlooked within the study of 1968, Higson says: “I guess it does, because it’s focused on Vietnam and the civil rights movement in America – we’re not doing that.”

However, despite the wide scope of its subject matter, Higson regrets that, due to financial constraints, the RFN was not able to achieve all that it might have hoped.

“We didn’t get any funding whatsoever, which meant that some of our programme didn’t get realised. There was lots of different pockets of activism and action and uprising in ’68, which we haven’t managed to include, just because we didn’t get funding; we’re a DIY festival on the fringes, which I suppose is in the spirit of ’68. We’re trying to make a little bit of money back at the bar, from people who can afford it, but we’re operating on an absolute shoestring,” she said.

The traditional routes of fundraising within the Scottish culture sector were not fruitful when RFN68 was being put together, Higson explains: “Creative Scotland gave us a bit of money in 2016 for the first festival that we did. I spent a long time putting together an application for Creative Scotland, and they came back with the worst excuses for not giving us any money. I applied to Glasgow City Council’s development fund, didn’t get any money from there; FilmHub – the BFI – said that they’re going to try and support us, but they’re very slow. I’m hoping they might be able to help out covering some of the costs of marketing or licences, but we’ve had nothing from them yet.”

“It’s shocking that places like Glasgow Film or the Filmhouse, the big dinosaurs of culture, are getting their money, time and time again, and yet people on the fringes are knocked over.” RFN organiser Fran Higson

Asked if she felt arts funding in Scotland often ignores those on what she describes as the “fringes”, Higson agrees by pointing to the controversies that arose over the issue during the last Scottish budget: “Yes, it’s really interesting – the whole debacle over the regular funded organisations, and how it was those on the fringes of society who didn’t get their funding; people who were creating access points for people from deprived backgrounds or ethnic minorities. And it’s shocking that places like Glasgow Film or the Filmhouse, the big dinosaurs of culture, are getting their money, time and time again, and yet people on the fringes are knocked over. It’s frustrating.”

Dr David Archibald, senior lecturer in film and television studies at Glasgow University and one of the figures behind the RFN68 event Glasgow Glam Rock Dialogues, further emphasised the outsider nature of the RFN – now affiliated with over a hundred organisations across four continents – and its unique qualifications for hosting such a festival: “The RFN is the only organisation in Scotland which unites academics, trades unionists, activists and filmmakers with the aim of screening and discussing socially-engaged and politically progressive cinema from all corners of the globe. It resists hierarchical, top-down levels of organisation and much of its activity is organised and programmed by its constituent partners at a rank-and-file level.

“Perhaps the relevance of 1968 has still to come.” Dr David Archibald, Glasgow University

Giving his own view on the significance of 1968, Archibald told CommonSpace: “Its significance, or its radicality, lies in the juxtaposition of organisations and struggles. This year the festival examines the precarious labour conditions of film festival workers, screens and short films by trade unionists in Scotland, and films explicitly dealing with the events of ‘68, whether that is in Africa, the Middle East or Paris. In keeping with the spirit of ’68 and its ‘convergence des luttes’ or ‘confluence of struggles’ it aspires to find commonalities of interest among different political struggles and campaigning groups.”

Archibald also emphasises the importance of the involvement of the STUC and the perspective trade unionism brings to the festival: “Class has become increasingly marginalized in political discourse, even on the left, and there is a need to refocus. Engaging with organized workers and their struggles in their own spaces helps that process.

“We’re not concerned with fetishizing 1968; rather, in the spirit of Walter Benjamin, we’re interested in blasting 1968 out of its historical continuum to explore the events of the sixties and their afterlives. 1968 above all else indicates that political, even revolutionary, struggle can emerge when you least expect it. Perhaps the relevance of 1968 has still to come.”

The RFN68 festival will launch at the citizenM, at 60 Renfrew Street, Glasgow at 7pm on Tuesday, 1 May, with events running for the whole of May. You can view the RFN68 festival events programme by clicking here.