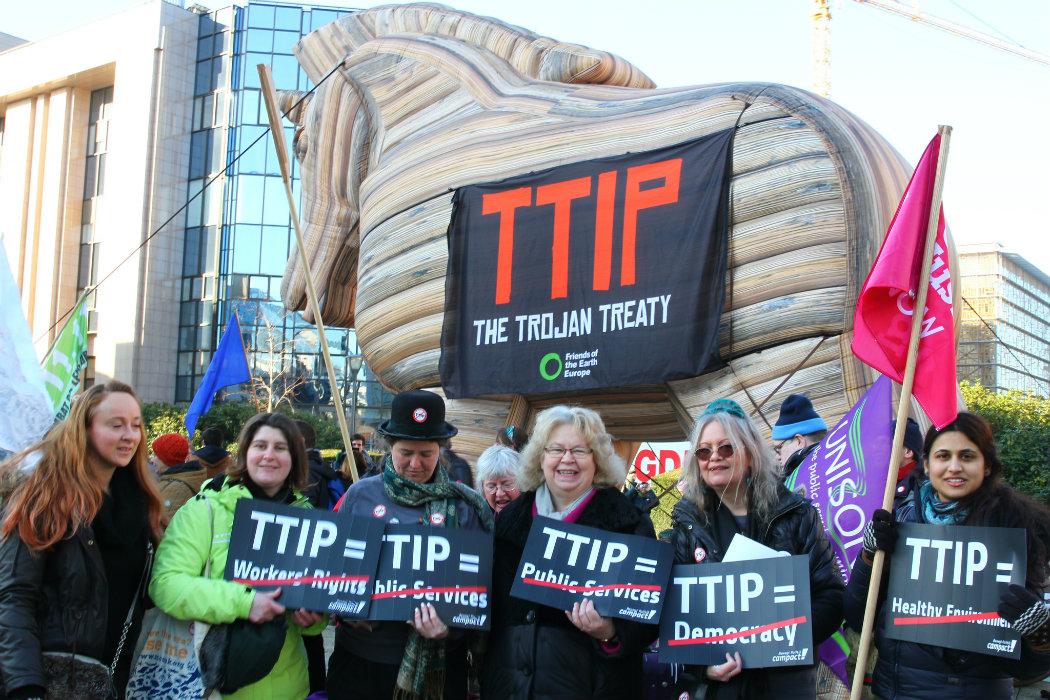 SCOTTISH MEP David Martin has come under pressure after 20,000 Scots signed a petition urging him to take a stand against the secretive Transatlantic Trade and Investment Partnership (TTIP) trade deal.

The news comes after a video revealed the Labour MEP losing his temper with activists from campaign organisation 38 Degrees, which is hosting the petition.

At a meeting in Brussels, Martin reacted to questioning on TTIP by telling campaigners: “If you’re not here to listen, you can just piss off”. (Click here to read more).

The petition went viral and now has over 21,000 signatures. (Click here to read more).

After coming under pressure from activists, Martin pushed through a motion opposing the controversial Investor-State Dispute Settlements (ISDS) part of the deal, which would see governments sued by companies in international ‘corporate courts’.

Martin is chair of the international trade committee and spokesperson for the Socialists and Democrats group in the parliament.

The petition demands that Martin goes further and opposes TTIP outright, arguing that it poses a huge threat to environmental, health and workers’ rights protections, as well as entrenching privatisation in public services.

Jen Stout, campaign coordinator with 38 Degrees, said: “All of Scotland’s politicians should be strongly opposing this trade deal, which amounts to little more than a corporate wish-list.

“It’s proof of the impact of people power that David Martin has taken a stronger position against the deal, but the campaign isn’t over yet. TTIP must be scrapped now if we want to protect our NHS and public services.”

Last year, a petition urging First Minister Nicola Sturgeon to oppose the deal was signed by almost 30,000 people, prompting Sturgeon to announce her ‘reservations’ regarding ISDS and the effect of TTIP on the NHS.

The European and external affairs committee at the Scottish Parliament recently called for a “double lock” policy to safeguard public services as part of any trade deal. (Click here to read more).

TTIP has faced substantial opposition across Europe, leading to France requesting special opt-outs. A minister for the new Syriza government in Greece said that the party would “never ratify” the treaty. (Click here to read more).