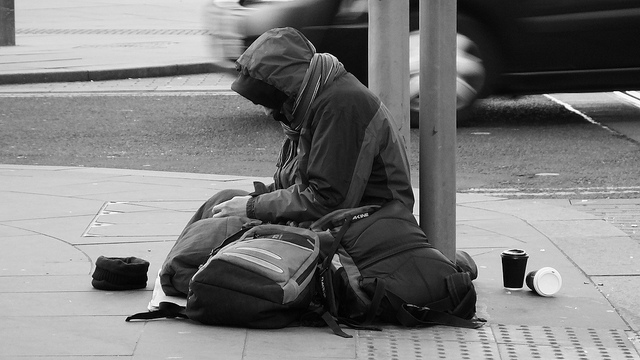 IN 2018, over four and half thousand people in Edinburgh experiencing homelessness were left with no other option than to stay in B&Bs and hotels for a staggering 240,652 nights, it has been revealed.

The revelations have prompted calls for a review of social housing in Scotland’s capital, as well as a “demand-led” approach to housing, potentially supported by the Scottish National Investment Bank.

As reported in the Edinburgh Evening News, a lack of social housing in the city has led to £28.1 million being spent by the City of Edinburgh Council on temporary accommodation. According to Shelter Scotland, some of this accommodation is of such poor standards that some would prefer couch-surfing or sleeping rough.

According to a Freedom of Information request, the average single adult who declares themselves homeless in Edinburgh will be faced with a 14-18 month wait before a successful bid for a permanent home.

This follows an earlier FOI request, which found that over 12,000 people are currently on the waiting list for one-bedroom council houses in Edinburgh, with the new figures showing it is expected to take five years to accommodate them.

In response to Edinburgh’s desperate lack of social housing, the council has committed to building 20,000 new affordable homes, as well as extending a Private Sector Letting (PSL) strategy, which permits homeless people to temporarily rent a flat, rather being forced to stay in B&Bs and similar establishments.

Additionally, a Rapid Access Accommodation strategy for Edinburgh’s rough sleepers has also been accelerated, following a trial scheme. Later this month, a new government-required Rapid Rehousing Transition Plan will be brought before the city’s housing and economy committee, which will detail how the local authority intends to end the use of such temporary accommodation entirely, and house those without homes in permanent accommodation.

According to the Evening News, opposition councillors in Edinburgh have called for a review of homelessness legislation in response to the rise in those requiring accommodation over the past three years, along with the attendant costs.

Leith Walk Green councillor Susan Rae, who has previously experienced homelessness personally, commented: “It is far too long and it is detrimental to people’s mental health. Being homeless is bad enough. It’s not just a lack of social housing, it’s a land issue too.”

READ MORE: As new data shows @ScotGov running behind social housebuilding target, Shelter says its ‘promise must not be broken’

The City of Edinburgh Council’s housing and economy convenor Kate Campbell responded: “It’s very challenging but we are determined to look at this from every angle and find every solution possible to prevent more people becoming homeless, improve support to people who are homeless and increase the long term supply of affordable homes.”

Shelter Scotland deputy director Graeme Brown commented: “The long wait for a permanent home combined with the poor standard of temporary accommodation for single people in Edinburgh is having a terrible impact on those who’ve gone through the trauma of homelessness. Some people feel it is so bad they actually leave it in favour of sofa-surfing or sleeping rough.”

Speaking to CommonSpace, Dr Craig Dalzell, head of policy and research at the Common Weal think tank, argued that an entirely new approach to housing was needed whereby “planning strategies are developed based on how many houses are actually needed”.

He said: “This news shows the limits of the current target-based approach to housebuilding and the detrimental effect of choosing those targets based on what the political opposition are offering, plus one. We should instead be considering a demand-led approach to housing whereby planning strategies are developed based on how many houses are actually needed in a particular area.

“Common Weal is currently developing a blueprint along this philosophy which will be published in the next few weeks and which will include proposals such as allowing councils to purchase land at its Existing Value and using the Scottish National Investment Bank to support long term, ‘patient finance’ models which will allow subsidy free construction of social housing at sufficient volume to meet demand.”