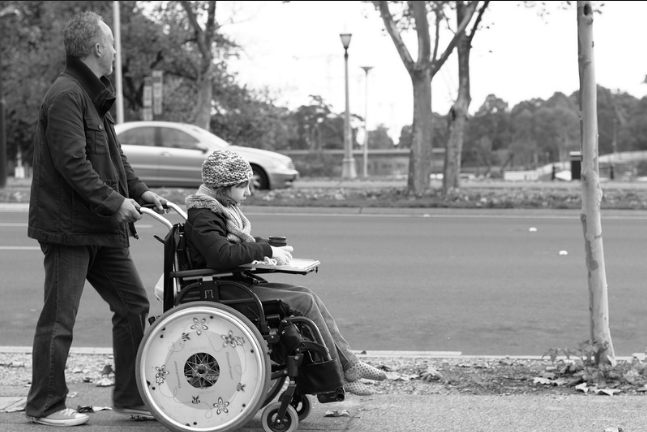 RESEARCH PUBLISHED for Carers Week (11-17 June) reveals that three quarters of carers in Scotland suffered mental ill health as a result of caring, while 63 per cent said they had experienced physical ill health.

This compares to a figure of 72 per cent of carers across the UK who have faced mental ill health, and 61 per cent who have suffered physical illness.

Released as part of the official Carers Week campaign, which aims to raise awareness of the contribution of unpaid carers, the report calls for action across the UK to ensure carers access the support they need.

The coalition of charities behind the campaign have warned that carers’ health and wellbeing problems could prevent them from caring in future – a situation which could lead to problems for health and social care services, given that over 6.5m people in the UK currently provide unpaid care to family and friends.

The research found that 58 per cent of carers in Scotland said they expected their mental and physical health to worsen over the next two years. This led to 40 per cent saying they expected to be able to provide less or no care in the future because of poor mental health – the highest figure amongst the four UK countries, where the overall statistic was 35 per cent.

“As is always the way with new legislation, to actually do more, you need more resources.” Simon Hodgson, Carers Scotland

Almost half of Scottish carers (48 per cent) said they expected to be able to provide less or no care in future because of poor physical health, compared to 43 per cent for the UK as a whole.

Simon Hodgson, director of Carers Scotland told CommonSpace that the reason for the higher Scottish figures and would be considered in more in-depth analysis at a later date.

Hodgson said he hoped to see improvements for carers in Scotland in the coming year but that there remained considerable work to be done, including through the provision of much-needed resources.

He explained: “There are some changes in the pipeline in Scotland as the Carers (Scotland) Act was enacted on 1 April, but this isn’t going to turn the situation around over night.

“There’s work to be done identifying carers earlier and working with the Carer Support Plans. There’s also a new duty on local authorities to provide support to carers, so there’s a potential there for that to improve.

“We hope this year with that being rolled out that we will start to see an effect, but there’s going to be an issue with resources. As is always the way with new legislation, to actually do more, you need more resources, and in times of austerity people are not very confident that there will be increased funds.”

The research found that carers named their main stressors as not getting enough sleep, providing hands on care for the person they care for, and managing financially. Carers who said they were struggling to make ends meet were the most likely to say that caring had a negative impact on their mental health, at 69 per cent, followed by those who were caring around the clock, at 66 per cent.

Hodgson also said that it is incumbent on the health and social care joint boards which have responsibility for the services in each local authority “to show how they are going to spend money pledged to support carers in a transparent way” – something he said is currently hard to identify.

The report highlights the importance of the provision of advice, support and signposting for carers. Asked whether their GPs knew they were carers, 7 in 10 said yes – a figure which dropped to 59 per cent of those who said they were also in paid work.

Carers whose GPs knew about their caring responsibilities were asked whether they had been offered advice on any of a range of issues particularly relevant to carers. Two in five said the GP had not discussed any of the issues, and only one in 10 said the GP had talked about general information, advice and support for being a carer or where they could go to get this.

Hodgson said this was a key area where improvement was needed. “Looking at the data there are lots of health professionals who know people are carers, but they’re not necessarily being offered information on where to get other support,” he said.

“If you’re feeling trapped and isolated, there are local support services – there is quite a good infrastructure locally in Scotland through carers’ centres – so why aren’t people being routinely referred to that? That’s straightforward to do.”

“Without the unpaid care provided every year by family and friends, our health and care services would collapse.” Heléna Herklots, Carers UK

Ultimately though, Hodgson said there was “no simple solution”, adding: “These are big challenges facing lots of people and most of us are going to be a carer at some point in our lives so we all have a vested interest in this.”

Following from the research findings, Carers Week is this year urging health care professionals, employers, communities and the wider public to support carers to connect with health and wellbeing services and support.

Heléna Herklots, chief executive of Carers UK said on behalf of Carers Week: “This new research is a stark reminder that the enormous contribution made by the UK’s 6.5 million unpaid carers must not be taken for granted.

“Without the unpaid care provided every year by family and friends, our health and care services would collapse. Yet the physical and mental strain of caring, without enough support, is jeopardising carers’ ability to care in the future.

“We can all act to ensure carers know about and access help and support as early as possible in their caring journey.”

The full report on carers’ health and wellbeing is available online, with a longer report on the full survey, which covered other aspects of carers’ lives, to be published later this year.