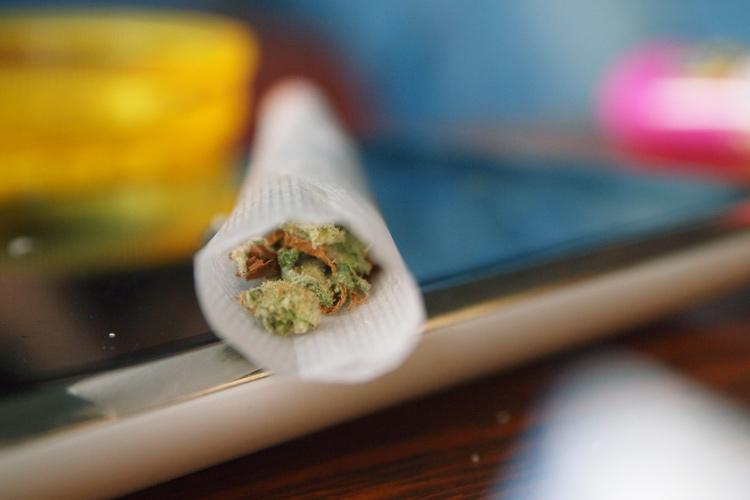 LEADERS of the Scottish National Party, Labour, Conservative and Liberal Democrat parties in Scotland all admitted some form of drug taking, at the first General Election leaders’ debate in Glasgow on Thursday.

Each leader told their own story of drug use.

When asked whether they had smoked cannabis, Sturgeon said: “Once – probably, possibly at this university though not at this [student] union…and it made me awful sick.”

Ruth Davidson answered: “I’m with Nicola. Once or twice.” While Willie Rennie said he’d smoked cannabis “in my youthful days”.

Labour’s Jim Murphy, however, opened up about another form of substance use.

He said: “When I was young, in the housing scheme I lived in glue sniffing was the thing to do. Sniffing glue out of a crisp packet,” in comments reported by The Glasgow Guardian. (Click here to read more.)

qmunicate magazine, which covered the debate, joked: “They should all be arrested immediately IMO.”

Sturgeon, Murphy and Davidson all said they opposed the legalisation of cannabis. Willie Rennie MSP was more open about a debate on drugs policy.

Rennie said: “The Tories refused to have the open debate, the science behind drug addiction demands. It’s time to have an enlightened debate with the science in mind.”

He also cited a UK Government report that, in the view of the Liberals, was “suppressed” by the Conservative party.

A drugs survey found that tougher enforcement methods did not lead to lower levels of drug use. (Click here to see more.)

Last September, he told the Thousand Flowers political website: “The UK government is the only one in the world to have taken backwards steps on drug control in the last decade. A free Scotland could be more sensible and reverse this regressive trend.” (Click here to read more.)

However, drugs decriminalisation or legalisation is yet to gain traction within the largest MSP groups at Holyrood.

Picture courtesy of Nera B