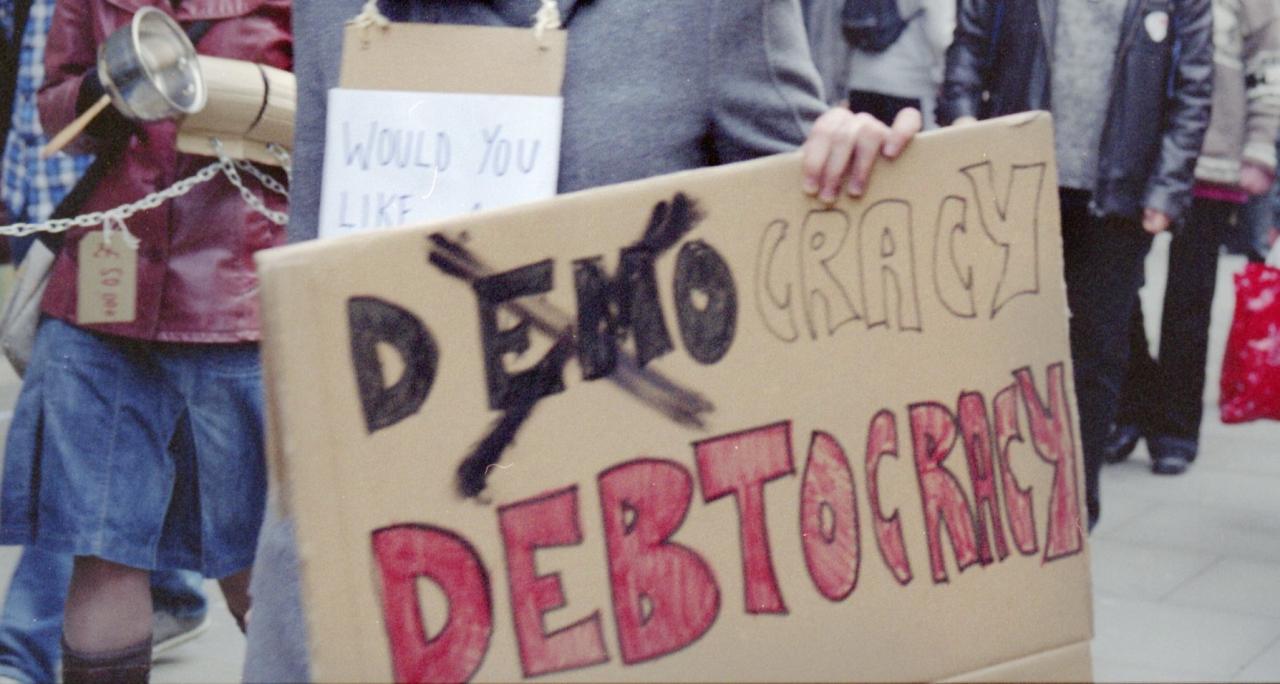 PROBLEM DEBT afflicts hundreds of thousands across Scotland and must be made a priority for the Scottish Government, the charity StepChange Scotland have declared following their release of a damning new report.

The debt advisory charity’s annual ‘Scotland in the Red’ report, which includes findings drawn from their 30,000 clients who have come to StepChange Scotland with money issues, has called for a “coordinated action plan” to address issues of debt, the social cost of which is estimated at £750 million and which either affect or threaten to affect 700,000 people.

Commenting, StepChange Scotland head Sharon Bell said she was “increasingly alarmed by the increases in the proportion of our clients who are struggling with household bills, particularly Council Tax”.

Below, CommonSpace takes you through three findings of the StepChange report which show the extent to which household debt is becoming a major problem, and three ways the charity believes the mounting crisis should be addressed.

The average level of electricity arrears has increased by 23 per cent since 2014. In 2018, StepChange Scotland clients were, on average, in arrears by £826.

Over 60 per cent of StepChange clients had been forced into problem debt by unforeseen ‘income shocks which could not be prevented, such as ill-health, reductions in wages, sudden changes to welfare payments or unemployment.

Those who have no other option than to rely on what credit is available to them to get through these shocks often find themselves “falling deeper into debt, with spiralling costs until eventually the situation is unsustainable.”

Falling income and welfare cuts are often a reason for debt.

The report found that in 2018, 25 per cent of StepChange Scotland clients identified a reduction in their income or benefits as the main reason for their financial difficulties.

This follows an October 2018 report from Citizens Advice Scotland, which revealed that demand for advice on rent arrears had increased by 40 per cent over the past five years. CAS noted that the increased demand matched the period in which the UK Government’s controversial Universal Credit welfare policy had been rolled out.

CAS attributed these changes to the social security system for the increase in the number of people in Scotland unable to pay their rent. However, the Department of Work and Pensions told BBC News that such arrears cannot be attributed to a single cause.

Their research also found that their clients in Scotland “are significantly more likely to have council tax arrears compared to elsewhere in the UK” (46 per cent compared to 30 per cent).

These findings follow a pattern established by earlier research by StephChange, which in 2015 found that their clients owed an average of £832 in Council Tax arrears, an increase of £157 since 2010. The charity further revealed that a majority of their 2015 clients had faced threats of legal enforcement or demands for “unacceptable lump-sum payments” from local authorities.

StepChange Scotland is calling on local authorities to work with the debt advice sector to develop a “best practice toolkit” to address Council Tax arrears, as well as considering the separation of water and sewage charges from Council Tax bills to enhance clarity regarding what is being paid.

However, a spokesperson for the local government organisation Cosla appeared to suggest that local authorities are already doing all they can, telling BBC News: “Scotland’s councils take this issue very seriously and do all that they can to help people who find themselves in arrears.

“All councils will have plans and procedures in place to help people with their arrears.”

In 2015, StepChange Scotland called on the UK Government to implement changes to help those facing what the charity described at the time as a “growing arrears crisis,” and argued that aggressive collection practices by cash-strapped local authorities were a counter-productive strategy for ensuring sustainable repayment.

StepChange Scotland has further argued that those facing problem debt should be encouraged to seek out free advice services earlier. With stigma over debt still a “big problem”, such advice organisations should make it clear to the public that anyone can find themselves in financial difficulty.

With the estimated social cost of problem debt in Scotland now standing at roughly three quarters of a billion pounds, debt issues can pose a major drain on public services, which must attempt to deal with the increased need for housing aid, as well as mental health problems caused and worsened by debt.

“People who are at risk of debt are also vulnerable to public policy choices,” the report argues. “Therefore a Minister is required to develop a high impact action plan to address the crisis.”

No specific plan for personal debt reduction exists currently, but the issue of Council Tax relief/reform is a regular feature of debate in Scottish politics.

While Council Tax relief is available, it is an opt-in benefit and therefore many do not take it up. A Scottish Government Commission on Local Tax Reform advised that the Council Tax should be brought to an end, but in the subsequent election the SNP stood on a manifesto commitment to keep it, while making small changes to the bands to increase the cost for those on higher incomes.

A Budget deal between the Scottish Greens and SNP in January agreed that substantial local tax reform would be brought forward before the end of this parliamentary term, but the ability for Councils to increase Council Tax was raised from a limit of three per cent to 4.7 per cent for 2019/20 budgets, which most Councils took up.