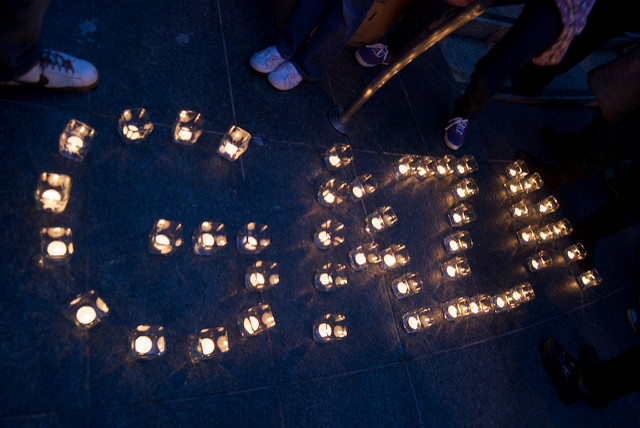 UK is “sending a message of support for the collective punishment that has been inflicted”, Campaign Against Arms Trade say

ANTI-ARMS TRADE campaigners have hit out against the sale of weapons to Israeli forces, following the release of new figures showing that the UK has licensed over £320m worth of arms to Israel since the beginning of the 2014 Gaza war.

According to the Department of International Trade, these UK licences include components for drones, combat aircraft and helicopters, as well as spare parts for sniper rifles. In 2017, £183m in licences were also provided for “technology for military radars”.

Increased focus has fallen upon those supply arms to Israel in recent weeks, following fatal attacks by Israeli forces on Palestinian protests at the Israeli border, including the use of sniper’s.

As of last week, following the fourth round of weekly border protests since March, 32 Palestinians have been killed by Israeli troops, including a 15-year-old boy, with over 1,600 protestors wounded by Israeli gunfire.

In 2014, following a government debate concerning UK arms sales to Israel prompted by fresh violence in Gaza, Baroness Warsi signalled her opposition to the continuing arms sales by resigning. A review by the UK Government at the time found 12 licences for arms, which may have been used in the 2014 war.

“The UK isn’t just making itself complicit in future attacks, it is sending a message of support for the collective punishment that has been inflicted.” Andrew Smith, Campaign Against Arms Trade

Andrew Smith of Campaign Against Arms Trade commented: “The appalling scenes we have seen over recent weeks are yet another stark reminder of the repression and abuse that Palestinians are living under every day.

“By continuing to arm Israeli forces the UK isn’t just making itself complicit in future attacks, it is sending a message of support for the collective punishment that has been inflicted.

“The situation is desperate, and the UK should be working for a peaceful and just solution, not pushing arms sales which can be used in abuses for years to come.”

Despite mounting international criticism, Israel has refused to cease its open-fire policy on the border demonstrations, despite the protestors being overwhelmingly peaceful and unarmed.

Following the latest killings, a spokesperson for United Nations Secretary-General António Guterres said that the UN chief urged nations to avoid further casualties, saying: “The Secretary-General calls for an independent and transparent investigation into these incidents.”

However, Israeli defence minister Avigdor Lieberman, told Israel’s public radio on 22 April that there will be no inquiry, commenting: “From the standpoint of the [Israeli Defence Force] soldiers, they did what had to be done.

“I think that all of our troops deserve a commendation.”

In addition to deaths by sniper-fire, the Gaza Health Ministry has said that several Palestinians have also been killed by tank-fire. Hundreds of injured protestors have flooded Gaza’s hospitals, with most of the injuries reportedly being the result of gunshots.

The protests, dubbed the Great March of Return, initially marked the annual Land Day commemoration of six Palestinians killed while protesting against Israeli land confiscation in the Galilee in 1976.

The protests are planned to continue for six weeks in total, ending on 15 May, when Palestinians will commemorate the Nakba, the mass expulsion of Palestinians surrounding the 1948 declaration of the state of Israel. Following the Nakba, Israel has denied these Palestinians – two out of every three of whom is a refugee – a right of return.