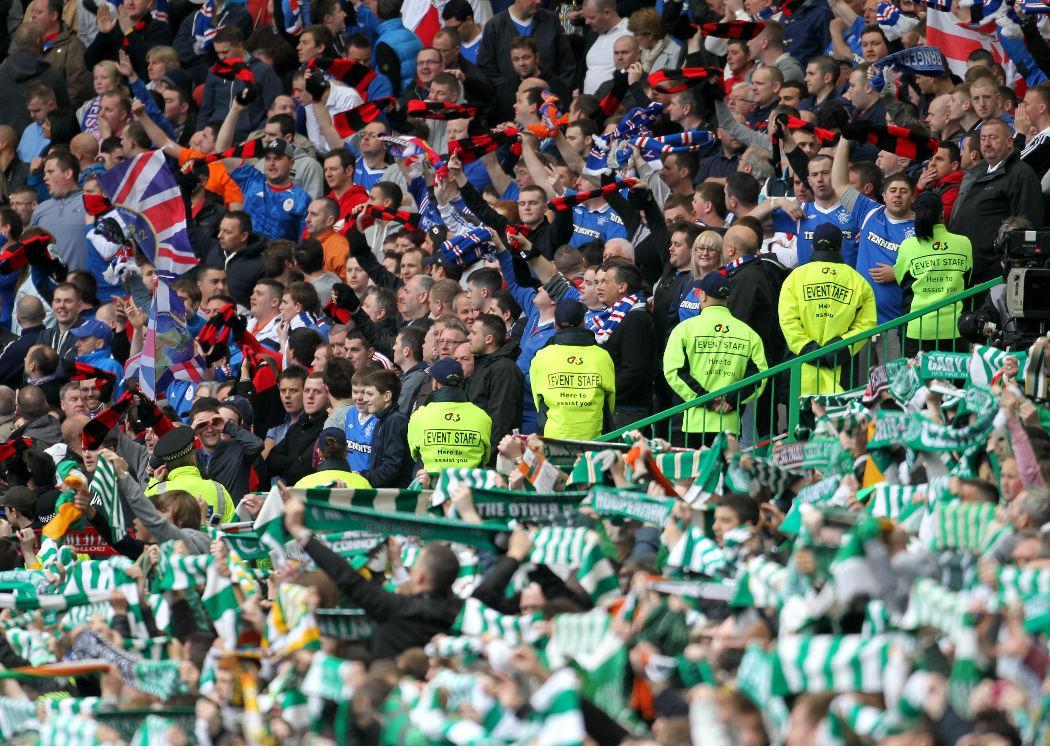 Thirty-seven people were arrested for offences in connection with the Celtic-Rangers game on Sunday, according to Police Scotland.

As well as public order offences, 12 of the arrests were for alleged sectarian breaches of the peace.

Nineteen of the incidents took place in and around the stadium with the rest coming later in the evening.

Twenty-three men are expected to appear at Glasgow Sheriff Court on Monday; 11 are the subject of a report to the procurator fiscal; and three were issued with a fixed penalty notice.

There was significant hype surrounding the League Cup semi-final – which marked the first time Celtic have faced Rangers in their current form after the old club was liquidated in 2012.

A significant police presence was on the streets to keep fans apart with Rangers fans travelling to Mount Florida train station and Celtic supporters going to Kings Park.

Before the game there were suggestions that English football hooligans were planning to cause trouble at the game and police were monitoring online traffic before the match.

There were also media reports that Police Scotland had issued a list of banned songs in advance of the game, but these were found to be false.

Match commander Chief Superintedent Andy Bates said: “As usual the vast majority of the 50,000 fans were here to enjoy the game and support their respective team; they deserve credit for their excellent behaviour.

“However, again, it is the minority of fans who spoiled the occasion by for example setting off flares and singing sectarian songs.”

The game was a sell-out with an international TV audience in 54 countries.

Celtic won the game 2-0 with goals from Leigh Griffiths and Kris Commons.