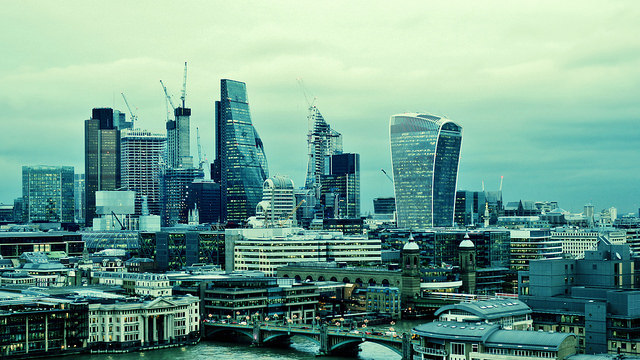 As MPs urge action on Russian money laundering in the City of London, CommonSpace looks more closely at the depth of corruption in the City

A REPORT BY the House of Commons foreign affairs select committee has argued that government inaction on money laundering has allowed Russian “kleptocrats and human rights abusers” to hide “dirty money” – but how far will proposed reforms go to addressing systemic corruption in the City of London?

The report, Moscow’s Gold: Russian Corruption in the UK, warns of a threat to national security through putting money into the hands of regimes which would “would harm the UK, its interests and its allies”.

Raising the issue of money laundering in the context of the Salisbury attacks, the cross-party committee has called on the government to back up its rhetoric on Russia by clamping down on its corrupt financial practices in the City of London.

The report recommends a ban on trading in London for companies sanctioned in other countries, imposing sanctions on people with links to the Russian Government, and greater transparency through public registers of overseas companies which own property in the UK and dependent territories.

This comes as the Sanctions and Anti-Money Laundering Bill approaches its final stages before becoming law, which would introduce such a register as of 2021, a timescale criticised by the committee report.

But the extent of the corruption goes far beyond Russian involvement, and there is a strong case that the institutional structure of the City of London Corporation – the local authority responsible for the ‘Square Mile’  financial hub of London – is designed to promote and protect a global web of dark money laundered through The City.

The centuries-old City of London Corporation’s structure is different to any other local authority in the UK, as it maintains a semi-autonomous relationship with the British state, officially remaining “outside the authority of parliament”.

While functioning as a local authority, the high volume of businesses in the area means that the role of global corporations is paramount. Distinct from the Mayor of London, the Lord Mayor of London – currently Charles Bowman, a senior partner with “Big Four” multi-national PwC – is the elected head of the City of London Corporation and acts as a global ambassador for the financial services sector.

In effect, the Corporation is a lobbying body. In the Corporation’s own words, one of its central roles is to “support and promote London as the world’s leading international financial and business centre and attract new business to the capital and the whole UK”.

An investigation by the Bureau of Investigative Journalism in 2012 found that the Corporation spent over £10m per year on political lobbying. Meanwhile, ‘the Remembrancer’, a position originating in 1571, continues to represent the City’s interests in the House of Commons, positioned facing the Speaker of the House, and raising concerns over the Remebrancer’s unfettered and unmonitored access to politicians.

Even beyond the Corporation and the Square Mile itself, the financial sector in the Westminster area has close ties to the UK Government. Following the 2015 general election up to June last year, 18.6 per cent of donations to the Conservative party came from hedge funds, while a further 6.5 per cent came from investment bankers and the financial sector.

The City of London Corporation is not a democratic institution

Despite being an elected local government, the balance of power in the City of London Corporation lies clearly with corporations.

Of 25 electoral wards in the Square Mile, the area’s residents – estimated at under 10,000 people – can only vote in four, while the rest are controlled by business, with bigger businesses allowed the most votes. And as opposed to the votes being agreed upon by the workers of these businesses, they are decided by the CEOs.

For decades, the Labour party threatened to abolish the Corporation entirely, until Tony Blair decided instead to “reform” the body and afforded even greater power to business. Prior to 2002, businesses were afforded 17,000 votes, but a legal change expanded this to 32,000 votes and granted votes to international and multinational corporations.

All candidates in the Corporation elections stand as independents, and a multi-faceted process requiring approval from other representatives and membership within the Corporation’s “livery companies” means this is not an entirely democratic process.  In fact, the Lord Mayor is required to contribute from their own personal finances to the “costs of the mayoral year”, ensuring that only the wealthiest stand a chance.

The Corporation’s funds are not open to public scrutiny

Another feature of the Corporation is the ‘City’s Cash’, which is a private fund set up around 800 years ago. While the body’s public functions as a local authority can be uncovered using the Freedom of Information Act, it maintains secrecy over the City’s Cash and has been accused of using the mysterious account to impose undue political influence and stifle dissent.

After pressure from Occupy London and the Bureau of Investigative Journalism, the Corporation published some details of its funding in 2012. The figures revealed that the fund was worth £1.32bn and that the Corporation had spent £145m of this over the preceding 12 months, £12.8m of which was for ‘City representation’. A further £3.9m was spent on ‘shaping legislation’ in Westminster, Whitehall and Brussels.

The Corporation faced renewed criticism late last year when it emerged that it had spent £576,000 on banquets and other hospitality.

The National Crime Agency estimated last year that as much as £90bn linked to crime is laundered through the UK every year, with the City of London at the heart of this activity. The NCA described the UK as one of the most attractive places in the world “for laundering the proceeds of grand corruption”.

Anti-corruption journalist Roberto Saviano, who has investigated the Mafia in Italy, goes further, stating that the UK is “the most corrupt country on earth”. Saviano said that by funnelling money through Gibraltar, Jersey, and other territories, London’s financial services industry enables criminal capitalism, including the international drug trade.

But experts in the City’s financial system say that its propensity to attract unscrupulous practices is not a glitch but a function of its success. Nicholas Shaxson, author of Treasure Islands: Tax Havens and the Men who Stole the World, wrote that the City of London Corporation’s ability to maintain its status as a semi-autonomous entity and to act as a hub for a global network of tax havens is “possibly the biggest reasons for the City’s wealth and power”.

This is because the City of London can in effect be regarded as an “offshore haven” in itself in the sense that it operates as a separate legal jurisdiction. Because of its links to the Crown dependencies of Jersey, Guern­sey and the Isle of Man, and British overseas territories, Shaxson describes the City as the centre of a interconnected “web” of tax havens.

The level of independence and freedom from democratic scrutiny afforded to the City of London Corporation is central to the City’s attractiveness to multinational banks and companies, and the Corporation actively promotes deregulation on a global level.

The City’s financial power within the UK economy, and the Corporation’s resistance to reform or regulation, goes a long way to explaining why the UK Government has not made moves to overhaul its structure or the wider workings of the financial sector.

While the government and MPs move to support stronger measures against money laundering and tax avoidance, it remains unclear how effective such efforts will be in the face of such a deeply embedded system of financial power. Indeed, the power of democratic institutions must be questioned when big finance is ultimately allowed to rule the day.