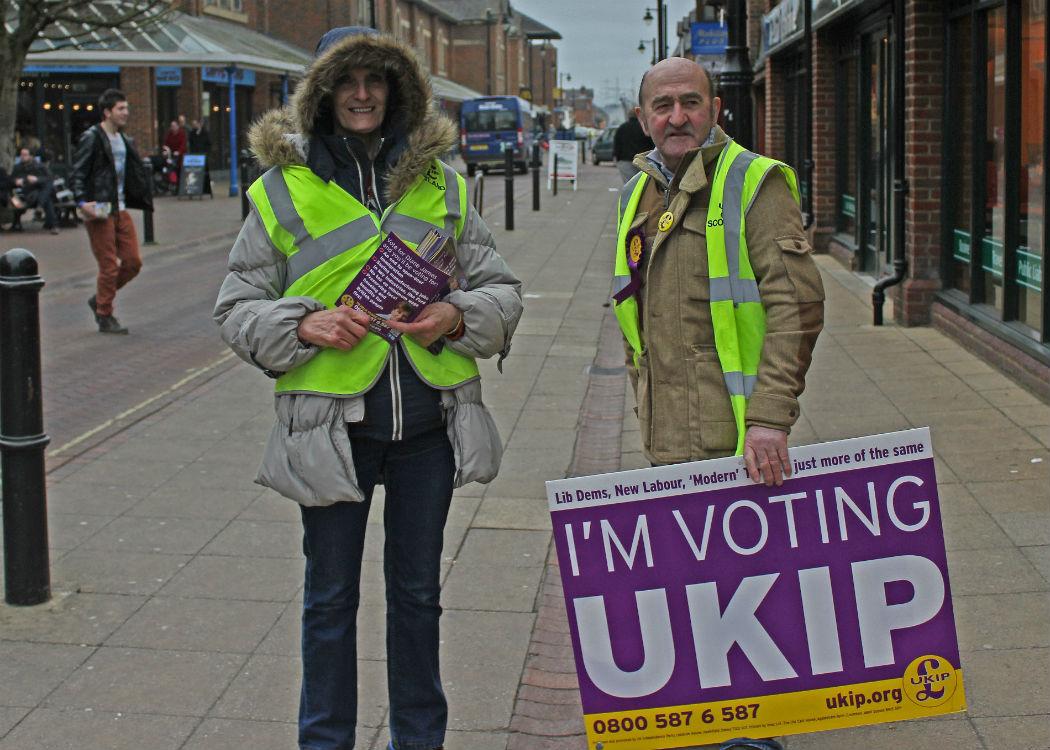 THE UNITED KINGDOM INDEPENDENCE PARTY (Ukip) has launched its manifesto for the Scottish elections in May 2016.

CommonSpace looks at some of Ukip Scotland’s key policies.

The manifesto calls for the complete abolition of the Scottish government’s Land Reform Bill.

The new legislation includes a public register of how more of Scotland’s land is owned and controlled, the right of communities to buy privately held land under certain circumstances and the introduction of business rates for some lands previously exempt.

Ukip are opposed to the current direction of land reform, which they characterise as overly expensive and say will pit the state against citizens.

The manifesto calls for the replacement of the current land reform settlement with a new piece of legislation that would restore “historic freedoms and individual liberties”. Though there are no other details of Ukip’s land counter-reforms, this description strongly implies a return to the pre-Bill status quo of concentrated land ownership.

Limit the ability of the Scottish Parliament to borrow money

Ukip identifies itself as economically “libertarian” and favours low taxes and a small state.

One of its key concerns for the Scottish elections is that Holyrood does not increase its ability to borrow money, and that any loans are used for infrastructure and investment rather than routine expenditure.

The Scottish Government’s ability to borrow money is already greatly restricted, though with on-going devolution it now has the powers to borrow up to 15 per cent of its capital budget.

Combined with Ukip Scotland’s pledge not to allow Scottish taxes in general to rise above the level of UK taxation, the party wants to introduce a new income tax rate of 30 per cent for those earning between PS45,000 and PS55,000.

Some of Ukip Scotland’s more headline grabbing policies include measures they say are to save the Scottish pub, including a return to smoking in pubs and clubs through the use of designated smoking rooms and a raising of the drink driving limit, returning it to the same level as the rest of the UK.

Such policies are open to a characterisation of being unserious and regressive by opponents, but chime with Ukip’s libertarian ethos.

Ukip have long headlined their controversial anti-immigration politics, described as racist by opponents and campaigners. The new Scottish manifesto warns of immigrants coming to Scotland to “milk our system”.

One of the strongest nod’s to this sentiment in the manifesto is a pledge to prioritise ‘local people’ for council housing. Under the policy, immigrants would have to wait five years before they were able to apply for a council house. The scheme would not include immigrants currently occupying social housing.

The party is also calling for a legal crack-down on unauthorised travellers sites.

Unsurprisingly for a party established to take Britain out of the European Union, Ukip’s policy of opposition to the EU is the first item in the parties manifesto.

The party is expected to capitalise on increased media coverage in the run-up to the EU referendum on 23 June, which could boost their Holyrood performance. But the inclusion of Brexit focused policies in the manifesto (for example, the document rails against the creation of an EU armed forces) are of questionable value given that the question will be settled shortly after the election.