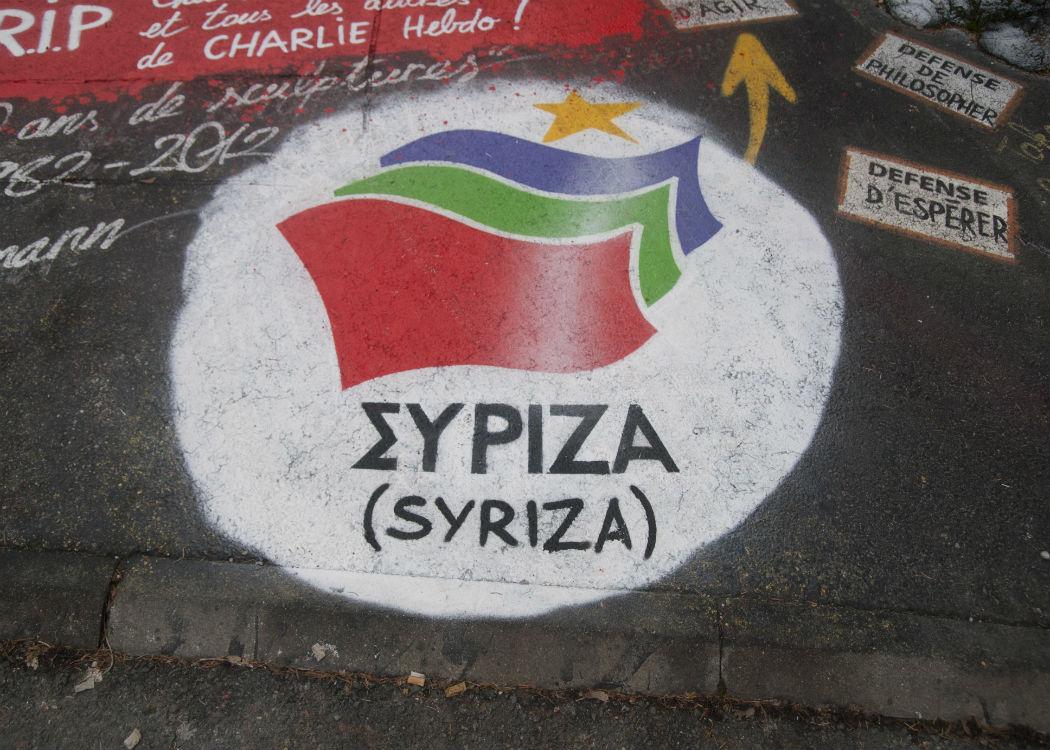 SYRIZA, the radical left party, have won the Greek elections, going close to taking an absolute majority in the parliament. The election is historic in that it is the first time a party of the radical left has won an election in Europe in the post-war era. But does it really matter to Scotland? Here’s five reasons why it does:

In his election victory speech in front of thousands of cheering Athenians, Alexis Tsipras, Syriza leader, told the crowd: “The Troika is over.”

No EU state since the crisis began has elected a government that has rejected austerity outright and has committed to facing down the Troika – the European Union, the International Monetary Fund and the European Central Bank – no matter what they demand. Now there is such a government.

The cornerstone of the Syriza party’s programme is a rejection of the memorandum of understanding signed by the last coalition government that led to society-breaking austerity and privatisation. Syriza proposes to write off two-thirds of Greek debt, a measure that, if it were to happen, would be the first European debt write off since Germany in 1953. Syriza proposes government investment to boost their ailing economy, including re-nationalisation of some key industries and creating a powerful public development bank.

All of this is the antithesis of the Troika’s approach to the crisis, but Syriza’s victory is part of a growing trend within Europe: austerity is increasingly discredited as a solution to Europe’s economic stagnation. Austerity has failed to significantly reduce most EU states debt, and neither has it provided any renewed economic dynamism or social security, with Europe suffering the longest decline in real wages in the post-war era and feeble growth. Meanwhile, inequality continues to spiral to ever greater heights.

Scotland remains part of a UK state wedded to the austerity experiment, with the Tories, Lib-Dems and Labour all committed to drastic reductions to the budget deficit after the 2015 General Election. The SNP, Plaid Cymru and Greens recently committed to an ‘anti-austerity alliance’ in the upcoming Westminster election, with one or all of those parties potentially playing a significant role in the next UK government. That position, after Syriza’s decisive election victory, is increasingly becoming a powerful opposition to the pro-austerity line.

2. The EU is reaching a critical conjuncture

Syriza’s election could quickly become an economic, as well as political, crisis for the EU. If Syriza hold the line on re-negotiating Greece’s memorandum agreement with the EU, the EU will be faced with three choices: a) refuse to meet Syriza’s demands, which could lead to Greece defaulting on payments, leaving the EU and triggering a wider collapse in the Eurozone; b) meet the demands, and therefore accept that austerity is no longer the way forward for Europe, which would then lead to more countries seeking to re-negotiate bailout agreements, like Ireland and Spain; c) something between the two, by negotiating a deal with Syriza which would save face for both sides.

This is perhaps the most likely approach of the EU, but it will be a balance that is extremely difficult to find. Any sign of weakness or fragility from the EU could lead to a revolt from member states and the markets.

The future of the EU is therefore at stake. Europe is faced by a collapse of the political centre, as anti-EU radical right parties like Front Nationale in France and UKIP in Britain are on the rise, while the radical left like Syriza in Greece and Podemos in Spain want to stay in the EU but demand an anti-austerity future.

A possible UK referendum on EU membership after the General Election can be viewed in that context. While a majority in Scotland wish to remain in the EU, a renewed crisis triggered by the failure of the EU to deal with a political force like Syriza could turn heads. Syriza may be the litmus test of whether the EU really is salvageable both as a political institution and, within the Eurozone, as a currency union.

3. The Radical Left in Europe is now a force

One has to go back nearly a century since the radical left was a force challenging seriously for governmental power in Europe. The 1930s economic depression led to the sort of polarisation between left and right that is seen in Europe today, with communists and fascists battling for power. Today’s version of 1930s communists are perhaps more moderate and less doctrinal, but they may be beginning to represent the first serious challenge to the complete supremacy of neoliberal capitalism in the post-Soviet Union era.

The radical left has been known for its interminable splits and parochial ‘traditions’ that have had little to no impact at the ballot box, but that mould has been broken decisively in the shape of Syriza, a party that only scraped the three per cent needed to get into the Greek Parliament in 2009. Podemos, Syriza’s Spanish equivalent, has had an even faster rise to prominence, going from nowhere in 2012 to being a serious contender for power in the upcoming Spanish election in October this year.

Is a revival of the radical left in Scotland on the cards? In 2003, the Scottish Socialist Party won six MSPs, but collapsed after the Tommy Sheridan fiasco tore the party apart. The Radical Independence Campaign brought the radical left together in its thousands for the first time in years, and many of its leaders have since formed the Scottish Left Project which seeks a Syriza type coalition to bring the disparate forces of the left together. Syriza and Podemos show how quickly the radical left can go from laughing stock to serious force.

4. Centre-left parties can wilt and die

To understand the rise of Syriza one has to be aware of Pasok’s decline. Pasok, along with New Democracy, were part of the two ruling factions that ran Greece in the post dictatorship era since 1974. They were as rooted in the fabric of Greek society as Labour is in UK society. But in the heat of austerity Greece, the party has wilted away to almost nothing.

George Papandreou’s Pasok-led austerity government from 2009-2012 was the key trigger of its collapse. Papandreou submitted completely to Troika austerity, and paid the price for it – the party’s support base deserted them in favour of Syriza, with the party moving down to 3rd position in the 2012 elections. It then became a junior partner with the centre-right and authoritarian New Democracy at the helm. The party’s support nose-dived further, and Papandreou jumped the sinking ship, splitting the party by setting up a new formation of his own, based on similar political lines. The result is Pasok, for so long the political rulers of Greece, fell to little over three per cent of the vote in the 2015 elections, scraping into parliament.

The lesson is simple for the centre-left: abandon your support base to your peril. In the era of neoliberal politics, Blairite-style ‘social democracy’ parties have been ready and willing to support capitalism and everything that goes with it. But in a crisis such as the one in Greece, unbridled capitalism has been seen by many as a serious danger to the lives of not just some but most of the working class. Centre-left parties across Europe are struggling to come to terms with the era of austerity capitalism, no less than the Labour party in the UK, currently losing chunks of its traditionally reliable vote to the Green Party in England and the SNP in Scotland.

Syriza versus the EU elite is no contest. The EU elite will win every time. They will isolate them politically, financially and in any other way they can to get what they want. Syriza submission would be a disaster for everyone who believes that austerity is not the answer and there’s another way to solve the crisis: it will tell all Europeans that resistance is futile.

If Syriza is to have a chance of winning they need international allies. It’s the people of Europe that can make leaders scared of a full frontal assault on Syriza and, consequently, the Greek people. Building an international solidarity movement would be vital.

What role can Scotland play? Syriza supported the independence campaign because they saw in it the possibility of hope, and understand that their support gave confidence to activists in Scotland. Now it’s the chance for independence activists to return the favour. A clear statement from the Scottish Parliament that they believe the EU should respect the democratic will of the Greek people and support Syriza in their anti-austerity programme would be a powerful message that Scotland is part of a burgeoning European anti-austerity movement with Syriza at its helm.