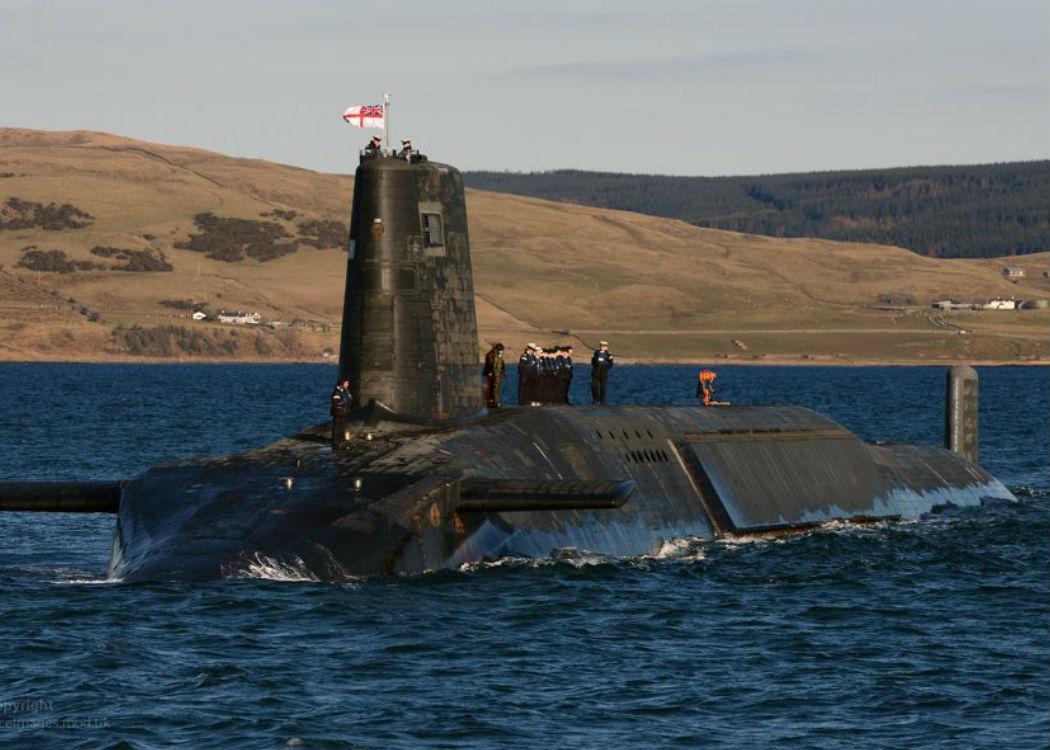 WILLIAM MCNEILLY’S decision to blow the whistle on what he alleges are extremely serious safety and security breaches at the Trident nuclear weapons facility in Faslane, just a half an hour’s drive from Glasgow, is starting to create ripples after a slow start.

McNeilly posted his document, The Secret Nuclear Threat, on 12 May, but it was not picked up until it appeared in the Sunday Herald on 17 May. Since then, the MoD announced it was launching an investigation into the claims made, and the SNP has pressured Defence Secretary Michael Fallon to take action, and ensure the result of the investigation is made public.

A petition has been launched for McNeilly to be pardoned (click here to read more), and now a second whistle-blower has come forward. Euan Bryson, a former Royal Navy communications and information technology specialist, said that McNeilly’s comments “rang true from my experience”. (Click here to read more).

McNeilly has now voluntarily handed himself in to police, saying he achieved what he wanted by getting the information out to the public and the government.

What are the most significant claims McNeilly makes, and why should it make us worried? CommonSpace takes a look.

Many of McNeilly’s catalogue of claims point out hypothetical dangers; problems that could arise from technical defects, slack security, ignoring rules or lack of concern for safety. However, one of the allegations refers to a previous incident with a submarine that did occur and was hushed up, and could have caused a nuclear disaster.

The MoD initially refused to confirm that the incident occurred, but eventually revealed that the two boats hit each other travelling at very low-speeds, saying HMS Vanguard returned to Faslane with only “scrapes” to show for the incident. (Click here to read more).

McNeilly, who was on patrol with HMS Victorious from January to April, said that in conversation with “a chief” on board HMS Vanguard during the incident, he told him about what really happened.

“He said: ‘We thought, this it we’re all going to die. I was laughing my ass at the time; I think it must have been the nerves.’ He went on to explain what happened. The French submarine had took a massive chunk out of the front of HMS Vanguard and grazed down the side of the boat. The High Pressured Air (HPA) bottle groups were hanging off and banging against the pressure hull. They had to return to base port slowly, because if one of HPA bottle groups exploded it would’ve created a chain reaction and sent the submarine plummeting to the bottom. Luckily the boat made it back safely for repair. There was a massive cover up of the incident.”

According to this record, the incident was of a much more serious nature than the MoD let on, raising the question: if this is true, what other serious problems have they attempted to hide, or played down, when it comes to nuclear weapons?

Some of the problems McNeilly refers to have nothing to do with behaviour of those responsible at a day-to-day level with the operation of the nuclear submarines: they are to do with technical defects, many of which stem from using equipment which is long out-of-date.

HMS Vanguard was taken out to sea and failed to work properly “countless times”, meaning other submarines had to cover its failed shifts.

On HMS Victorious, McNeilly said there was a number of failures: the missile compensation system which is supposed to test that the missile hatches can open if required failed three straight times; diving planes were jamming and a strange noise coming from them, which could mean a submarine cannot control a dive under water; turbo generators and diesel generators both had problems, which provided electrical power to the submarine; an old speaker system that “no one understands most of the time”; and in one of the submarine’s control rooms one of the crew said “nothing works, you can touch what you like”.

McNeilly says that this litany of technical problems should not be unexpected: HMS Vanguard began its life at sea in 1992, and it’s still going some 23 years later. Would you drive a car for 23 years, McNeilly asks? The question answers itself.

McNeilly cites numerous examples of basic rules being ignored and security being breached which, if true, amounts to a culture of rule non-compliance.

As recently as March, CommonSpace reported that the Office for Nuclear Regulation (ONR) had reprimanded the MoD for rule non-compliance, after a worker was exposed to radiation because staff were not following proper procedure.

The incident, which took place in June 2014, came about because the worker did not have a portable alarm with him which would have alerted him to the danger of radiation.

The ONR report said that despite carrying a portable alarm being part of the rules, it “had become custom and practice not to use the alarm in certain areas” at the nuclear base (click here to read more). The MoD said procedures had been tightened since then, but McNeilly’s document suggests otherwise.

McNeilly also said that security was so lapse at the site that it was harder to get through airports and into some nightclubs than into areas of the Faslane site that, if targeted, could create a nuclear explosion.

He cited examples of security officers barely looking at identity cards, and the identity cards being very easy to forge if someone wanted to.

This was backed up by the second whistle-blower, Bryson, who said a shipmate routinely used a blue bank card to get past security after losing his Royal Navy identity card on a night out.

McNeilly’s testimony raises questions about the work culture at a place that one would expect to be the biggest stickler to the rules, but appears to have become complacent.

It would be expected that when you are dealing with nuclear material the workplace environment would be one that was almost accident free. Not so. If McNeilly’s document is at all accurate, Faslane appears to be, if anything, accident prone.

Toilet rolls catching fire in the missile room is a standout example. As Scottish CND says: “Each missile contains tonnes of high explosive rocket fuel, topped with several 100-kiloton nuclear warheads.” (Click here to read more). So it’s not a place to be leaving flammable material about, like toilet roll.

Despite the alleged incident, and the warrant officer telling him there had been “multiple fires”, McNeilly says that complaints about rubbish and plastic bins being left in touching distance with electrical equipment have been ignored.

“A few times [the warrant officer] mentioned how the belts in the fan room are just waiting for a fire. He said we’ll all shit ourselves when the submarine fills with smoke in a matter of seconds,” McNeilly wrote.

Other examples were given of floods in toilets and sailors below their grade being asked to carry out safety tasks they are not entirely qualified to do. As the local SNP MP, Brendan O’Hara, said, even if only half of McNeilly’s claims are true, it is extremely worrying

The chain of command isn’t working

Why, one may ask, would such a litany of problems not have been raised by any sailors previously if they are really true? The Royal Navy, like all militaries, operates under a very strict ‘chain of command’ system whereby if there is any problem it should be reported to the superior who will take it from there. McNeilly makes it clear that he was not shy in trying to go down this path on “multiple occasions”, but nothing was ever done.

Bryson backed this up: “I made my thoughts clear when I served, including when I handed in my resignation notice. The chain of command system has failed. If McNeilly felt ignored what other option did he have? You join to serve the country but if you feel your job is not serving it then you have an option to speak out.”

Bryson said he was inspired by McNeilly’s action to speak out when he was too afraid to before for fear of repercussion. McNeilly has made it clear that he fully expects to go to jail for a long time for his actions, and has “sacrificed” his freedom.

It’s the fear of what will be lost from speaking out that keeps people quiet, Mcneilly says: “One of the main reasons nobody tries to talk about it is they’ve a lot to lose. A SWS submariner in the Royal Navy gets paid quite a lot of money. They’re handing out PS50,000 bonuses, to keep people in the job. It’s a good career for education and work experience. There’s been more than a few people go into six figure jobs afterwards. There’s a lot of stories about people getting caught talking about information. People have been caught and punished for putting information of Facebook, so there is a general feeling that you wouldn’t get to say much before being silenced.”

McNeilly has not been silenced, and can no longer be ignored by ‘the chain of command’. Questions will now be asked as to why no one thought it necessary to respond to McNeilly’s very serious concerns.