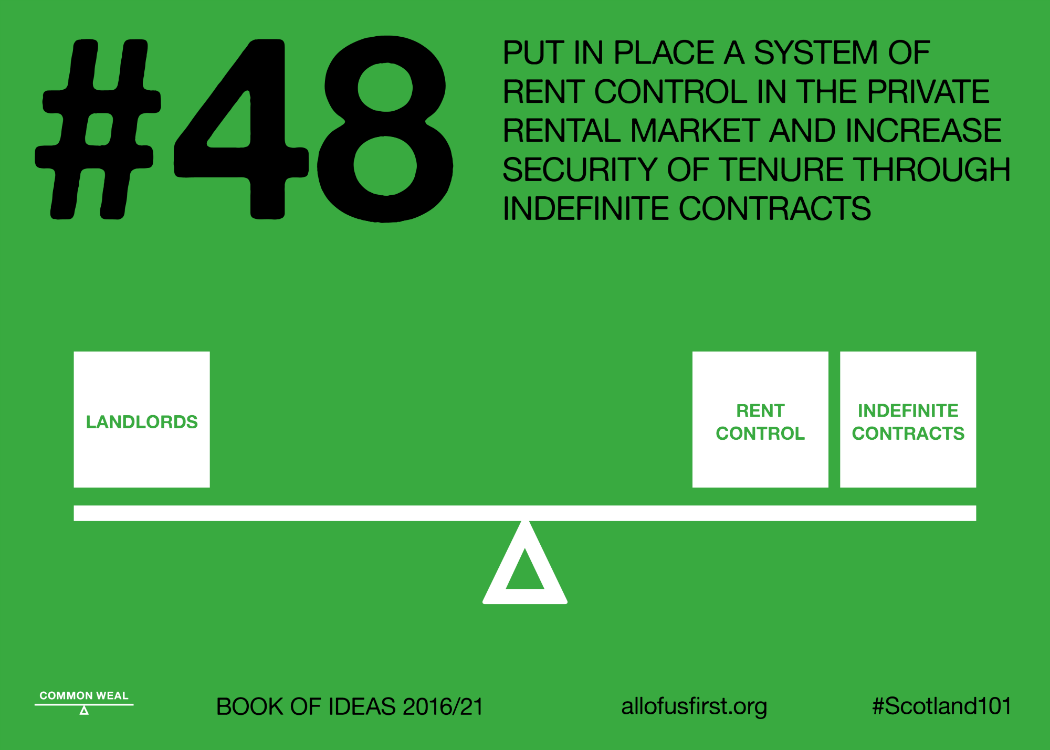 SCOTLAND is facing an acute housing shortage, with 150,000 Scots on housing waiting lists.

Common Weal’s new Book of Ideas introduces 101 policies developed in consultation with experts and academics and has many proposals concerned with ending Scotland’s housing crisis.

CommonSpace looks at five of the books new housing policies.

This policy would create a National Housing Company (NHC) to build a new generation of first-rate public rental housing.

Since the 1980s, Scotland’s housing market has been increasingly characterised by private ownership in housing, which critics claim tends to create shortages and inequality of housing.

Under the Common Weal policy the NHC would borrow against rents over a 30-year period. This would enable rents to be lower than at present when borrowing is done over shorter periods.

This policy would be demand rather than supply led. The number of houses constructed would be determined by the numbers on waiting lists.

The NHC could build enough houses to have an impact on the market value of housing in general. If implemented, cheap rented accomodation could reduce demand for expensive, privately owned houses.

If done on a large enough scale this could deflate the housing market, also ending fiancail speculation on rising house prices.

Some European countries, like Germany, have their own domestic house building programmes. Dedicated ‘house factories’ produce high performance, low cost public houses, with a high level of energy efficiency so that they are cheap for householders to maintain.

This approach is completely different from Britain, which tends to place a cultural and economic emphasis of semi-detached houses. A new approach to house building along the lines of Germany could improve the economic and environmental efficiency of housing.

The new council house tenants, housed in the NHC properties, could democratically self-manage the new council housing stock at a block and street level. This would avoid association with past council house building programmes, which gained a reputation for being top down and authoritarian.

Residential areas could be beautified according to this policy by a combination of local councils supplying materials and local civic activism by tenants.

Otherwise drab and dull residential areas could be transformed with landscaping and bring an end to uniform council colour schemes. Under this policy unemployed members of communities could be paid to engage in such work.