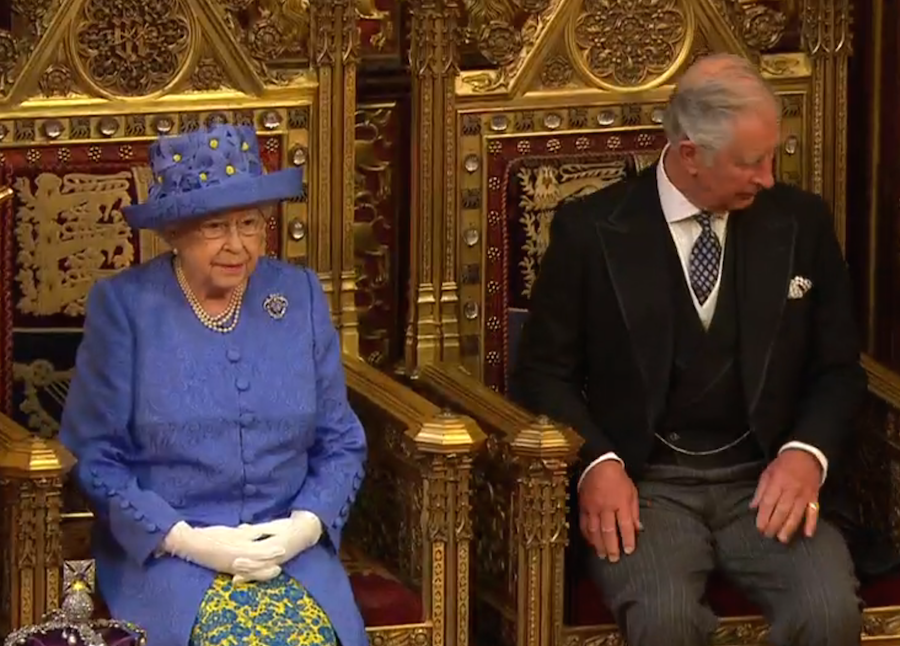 THE UK GOVERNMENT’S PLANS for the next two years will be dominated by Brexit, with controversial manifesto proposals under-played in the Queen’s Speech following the snap General Election result.

The ceremony to announce specific bills that will be presented to the Westminster Parliament, the speech took place in the shadow of ongoing negotiations between the Tories and the Northern Irish Democratic Unionist Party to try and form a working majority in parliament.

In summary, here are the main highlights from the Queen’s Speech.

1. Pomp and ceremony scaled back for first since 1974

The sudden election meant the fancy traditions of the event were scaled back – with Elizabeth Windsor’s golden carriage replaced with a Bentley. But many of the other old rituals of the Westminster Palace were maintained – with the royal crown taken to the event in its own car.

Of 24 total pieces of law, eight major bills have been proposed to deal with Brexit. This includes converting EU rules into domestic law, and measures on trade, customs, immigration, fisheries, agriculture, nuclear issues and sanctions.

It still remains unclear what direction the Tories intend to take the UK during and after the Brexit negotiations are concluded. The agenda is set to take at least two years and dominate the work of the new parliament.

Key domestic policies from the Tory election manifesto were either dropped or scaled back, with few major non-Brexit laws being proposed.

Instead of action to tax the old for social care – only a ‘consultation’ was announced. Cuts to winter fuel allowance and pensions were left out of the speech. Greater intervention in the energy market – promised as a route to control the market – has been ditched. Cuts to free school meals and expansion of grammar schools in England, which provoked heated debate in the election, were not headlined.

4. Light on domestic law – but pressure remains on public services

With Brexit threatening to overwhelm the Tory minority government, the Queen’s Speech dodged any big reforms in domestic laws over the next two years. While tax and fiscal proposals will come in a future budget, the Queen’s Speech announced measure on motor insurance, domestic violence, banning ‘letting fees’, data protection, and allowing flexible work in the army.

None of these proposals are likely to cause dramatic party political strife – something Theresa May will aim to avoid given her party no longer has an overall majority.

With great fanfare, right-wing US leader Donald Trump was promised a state visit to the UK. But this prompted large protest marches rejecting Trump’s anti-Muslim politics.

Those who campaigned against Trump in the UK welcomed the omission as a victory.