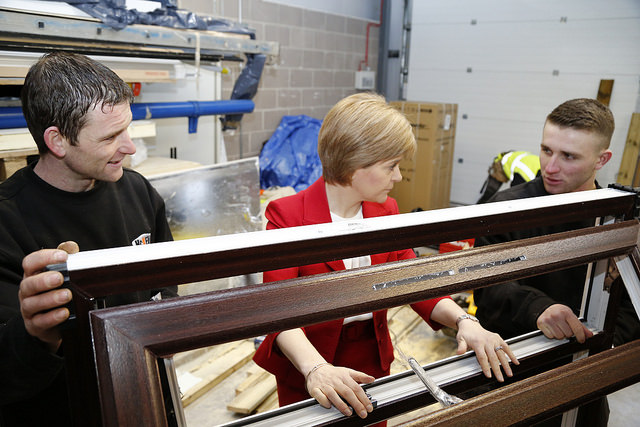 57 PER CENT of SCOTS think that having a business without a CEO where decision are made collectively is a better way to run a company’s affairs.

The figure comes from a new survey carried out by YouGov which showed support for employee run business at a joint high with those in the North of England.

Inspiration for the study came from Swedish software firm Crisp which employs 40 people and has not had a CEO for three years but take decisions as a collective.

“The ordinary workers make all the big decisions, which means profits are reinvested to create more jobs and innovation rather than in huge salaries for CEO’s and dividends for investors.” Ben Wray

Ben Wray, lead researcher at the thinktank CommonWeal told CommonSpace: “It is heartening that most people believe they would be better off without a boss. Anyone who really believes in democracy should agree with this view: if democracy means rule by the people, why shouldn’t that extend to the workplace?”

“Those who say that worker-owned companies is a nice idea but would never work in practise should have a look at Mondragon, in the Basque Country. It is a worker-owned co-operative that started in 1956 with seven employees and is now one of the biggest and most successful businesses in Spain. The ordinary workers make all the big decisions, which means profits are reinvested to create more jobs and innovation rather than in huge salaries for CEO’s and dividends for investors.”

As an average, 54 per cent of UK respondents out of a poll of nearly 7000 people said they felt employee run franchises were a “better way” to run businesses.

Across the UK, the profits of companies that are employee run or owned rose by 10.2 per cent between 2014 and 2016 compared to 7.7 per cent for normal CEO led enterprises. Additionally, the Employee Ownership Association (EOA) stated that they have witnessed a rise in the employee numbers joining businesses that are owned by the workers. There was between 2015 and 2016 a 15 per cent jobs growth compared to CEO led firms on 5.8 per cent. 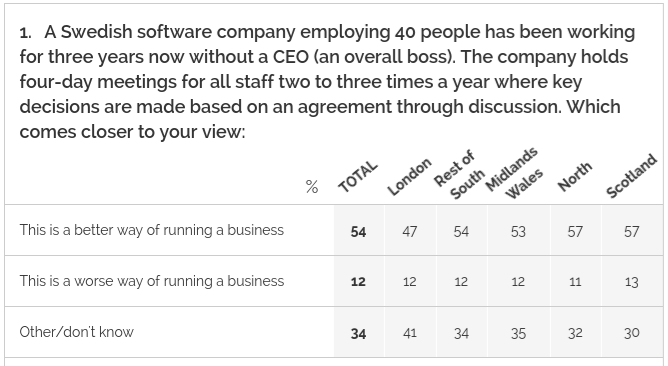 Wray added: “The highest earner in Mondragon earns no more than 6.5 times the lowest earner; the average CEO in Britain is earning more than 300 times their lowest paid worker. Finally, when a company is owned by the workers there is no bosses to threaten to ship the jobs oversees: why would the workers voluntarily give up their jobs? Worker-owned companies are good for the workers and good for the economy.”

Speaking CommonSpace Professor Ronald McQuaid, an expert and lecturer on employment at the University of Stirling agreed: “Considerable research suggests that many employee-owned businesses perform better than their conventional counterparts in terms of reputation, productivity and finances (John Lewis is perhaps one well-known example),” he said.

“A key factor is the high level of employee participation and employee ‘voice’.  A result is that employees appear to feel more engaged in the business, valued and committed, and also feel they have higher job security.

“Although employee ownership may be suitable for nearly all types of business, most do have people with clear management and board-level decision-making positions. The more extreme version of having no overall boss may work reasonably well with smaller professional business, such as the Swedish software firm, but not in all cases.”