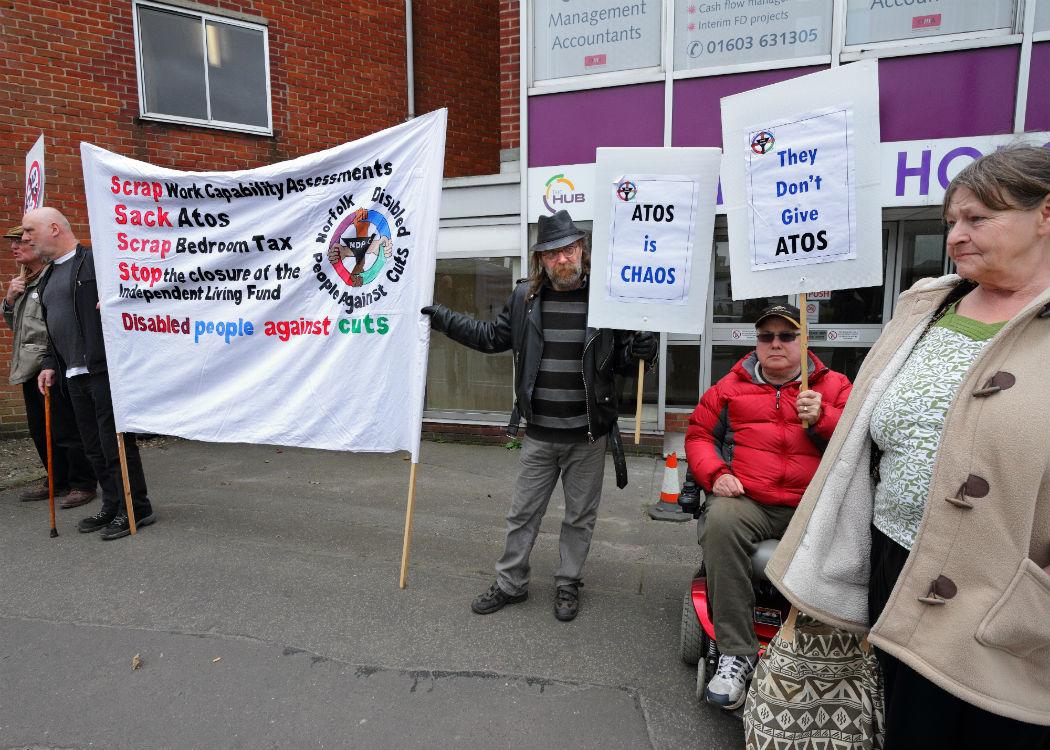 SCOTTISH DISABILITY RIGHTS campaigners have spoken ff their six years of “horror” trying to adapt to and combat Ian Duncan Smith’s welfare reforms and have called for an end to further cuts in the aftermath of his resignation.

Smith, who resigned on the evening Friday 18 March, had become a hate figure among disabled people and activists for the reforms and cutbacks he made to welfare for disabled people. These included the phasing out of Disability Living Allowance (DLA) to be replaced by Personal Independence Payment (PIP), the introduction of assessments of disabled people by French company Atos to determine whether they were entitled to disability payments, and the imposition of the infamous ‘bedroom tax’.

Speaking to CommonSpace, chief executive of the Glasgow Disability Alliance (GDA) Tressa Burke said: “The last 6 years have been a horror for disabled people, and Ian Duncan Smith has been the focus of a lot of anger.

“He, if he didn’t come up with the ideas for austerity measures himself, has certainly implemented them.

“I’m glad he’s gone. But is this a real ideological decision? It’s hard to believe when everything he has done for the last six years has been to the detriment of disabled people.”

A former leader of the Conservative party, Smith was tasked with cutting the Department of Work and Pensions department with harsh austerity measures since 2010. He was a key driver of legislation, the Welfare Reform Act 2012, which replace DLA with PIP.

Burke said: “DLA was a functioning payment, it was doing what it was put there to do and should have been left alone. Replacing it with Personal Independence Payment (PIP) doesn’t make any obvious sense, but it was financially and ideologically driven.

“We want to see DLA re-instated to replace PIP. I firmly believe that the Scottish Government having control over more social security powers offers more hope.”

The Scottish Government will be responsible for a greater array of welfare powers following further devolution. The Smith Commission, set up after the Scottish independence referendum to explore a new settlement for devolution, recommended greater autonomy for Scotland in managing its own disability payments system.

“The most recent budget just came across as morally depraved, so blatant are its attacks on disabled people. And then Ian Duncan Smith resigned.” John McArdle, Black Triangle

Smith has claimed that his resignation was sparked by proposed cuts to PIP. In an interview on the BBC’s Andrew Marr show he said: “We had begun to lose our sense, that if we really want to do this [austerity] and that we share the burden and those who are least able to bear the burden, bear the least, then we are starting to lose that.”

Friday’s shock news of Smith’s resignation was preceded by Wednesday’s budget, which announced PS3.5bn of extra cuts, including further cuts to disability payments.

John McArdle, a leading figure in the Black Triangle Campaign, the Scottish sister organisation of Disabled People Against Cuts, told CommonSpace that disability rights activists have been on an emotional roller-coaster in recent days.

McCardle said: “The most recent budget just came across as morally depraved, so blatant are its attacks on disabled people. And then Ian Duncan Smith resigned.

“As far as we are concerned he is responsible for deaths.

CommonSpace contacted the DWP for comment in response to the disability rights activists, but they declined to comment.

“We take everything Ian Duncan Smith says with a pinch of salt. But we think the more the public get to see the atrocities that have been committed, then public opinion will turn against cuts to disability payments.”

McCardle said this was a victory for campaigners who have been fighting the cuts.

He said: “We’ve consistently spoken out over six years to put these issues out into the public domain. When we started we came up against a bit of a hurdle, people weren’t well informed. The work that all the campaigns have done to raise awareness has brought us to this point.”

CommonSpace contacted the DWP for comment in response to the disability rights activists, but they declined to comment.