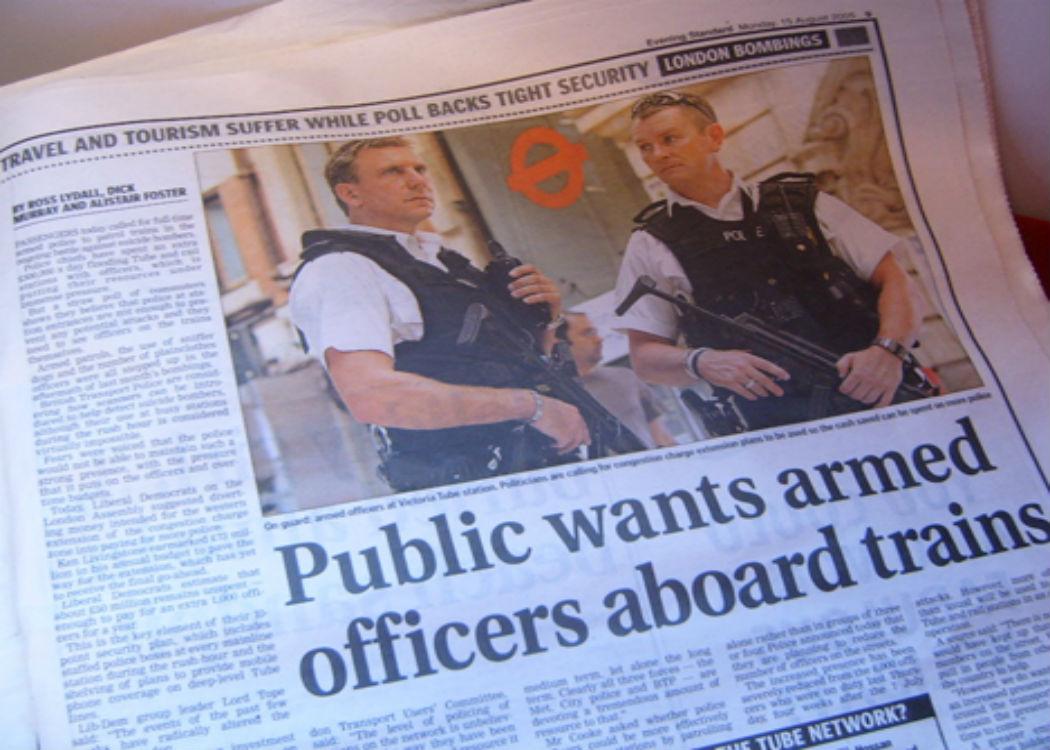 CommonSpace looks at the changing political landscape in Britain in terms of security, civil liberties, Islamophobia, racism and foreign policy since the 7/7 London bombings, 10 years ago today

THE London bombings on this day 10 years ago sent a shockwave through British society. It was the biggest terrorist attack on British territory since the Lockerbie bombing in 1988, with 52 killed and over 700 injured. “Let no one be in doubt,” Tony Blair said shortly after 7/7, “the rules of the game have changed.”

How did it change Britain? CommonSpace takes a look.

The UK Government’s internal security system was overhauled. Gone were the days when GCHQ, MI5 and MI6 were aloof with one another.

There is no public record of potential terrorist plots that were stopped, but there one person has been killed in a terrorist attack on British soil since 7/7 – the soldier Lee Rigby in 2013. Rigby was hacked to death on a London street after being attacked by two men.

However, a ‘new age of terrorism’, as many predicted after 7/7, hasn’t materialised. This can’t solely be put down to security service improvements – the decline of Al Qaeda and the rise of Isis has led to a change in strategy: the main targets of Isis terror is other Muslims in the Middle-East.

The attack on the Tunisian beach in June which left 29 Brits dead is understood to have been an attempt to destabilise an Islamic democracy, rather than spread fear in the Western world.

The debate on security versus changing terrorist strategy as the reason for the declining number of attacks could go on long into the night, but what is clear is that security services were overhauled in light of 7/7 and are now much bigger and more co-ordinated

The price of increased homeland state security is less civil liberties, with Muslim communities in particular feeling like they are being demonised and discriminated against by the state.

According to one report, the number of Asian and black people stopped and searched under new anti-terror legislation after 7/7 increased 12-fold.

Many see it as racial profiling, with a 2014 report showing black people were 30 times as likely to be stopped and searched as white people.

The anti-terror legislation brought in under Tony Blair saw the number of days a suspect could be detained without charge increasing to 28 days (Blair sought 90 days), but that lapsed in 2011 under new Home Secretary Theresa May, who returned the period to 14 days.

The new ‘Prevent’ anti-terrorism strategy is, according to one former chief superintendent, Dal Babu, a “toxic brand” that has alienated and divided Muslim communities.

The strategy involves undercover work and paying members of the community for inside information. It has also included a rise in the amount of security cameras used in specific communities.

David Cameron is now seeking to implement further “anti-extremism” measures including the failed ‘snoopers charter’ proposed under the last coalition government but ditched due to Liberal Democrat opposition.

The measures include powers for the police to limit “harmful activities” of individuals “creating a threat to the function of democracy” even if they are acting within the law.

This would include being able to force individuals to submit emails, social media messages and broadcasts to the police first, up to and including messages about the limits the police were putting on their activities.

Since 7/7 there has been a marked rise in Islamophobia, with a majority of Britons believing “Muslims create problems in the UK”.

There was a 573 per cent increase in ant-Muslim hate crimes in the month after 7/7, and the past decade has seen a considerably higher rate of hate crimes against Muslims than the decade before it, and more than any other religious group.

A poll in February found that half of British Muslims say they are discriminated against and feel Britain is becoming a less tolerant place.

It’s difficult to find a direct link between 7/7 and foreign policy direction in the decade since.

It’s quite clear that the motivations of the bombers was at least in part driven by the wars in Iraq and Afghanistan, and the Stop the War Coalition has been explicit in saying that the heinous acts would never have happened if the British Government had not killed so many hundreds of thousands of Muslims in Afghanistan and Iraq over the preceding four years.

However, there are very few UK politicians who would ever openly draw a link between the scaling back of intervention in the Middle East and the London bombings.

British troops formally ended combat in Iraq in 2009 and had left Afghanistan by 2014, but bombed Libya in 2011, in what has since become a country carved up by competing militia’s with little semblance of central government control.

In 2013 a historic vote saw the government defeated on bombing the Bashar al-Assad regime in Syria, in what many consider to be a vote based on the disastrous experience of the Iraq war.

A whirlwind had spread across an Iraq devastated by the war and a Syria and Libya devastated by civil war called Isis, a more advanced and ambitious form of Islamist extremism to Al Qaeda, which now controls territory the size of the UK.

Isis has drawn at least 600 Britons to its cause for an Islamic caliphate, which may seem a large number but only amounts to about 0.02 per cent of the British Muslim population.

The UK has been involved in air strikes on Isis targets in Iraq, and is now considering asking for parliamentary approval to do the same in Syria. However, the government is not willing to consider boots on the ground.

The UK’s foreign policy shaped the events leading to 7/7, but it’s not clear whether the shift since that time – taking troops out of Iraq and Afghanistan – is a short-term or long-term shift in foreign policy from the strategy that began after 9/11 and the war in Afghanistan with the so-called ‘war on terror’.

Neither is it clear how that experience will effect the new challenge of Isis.