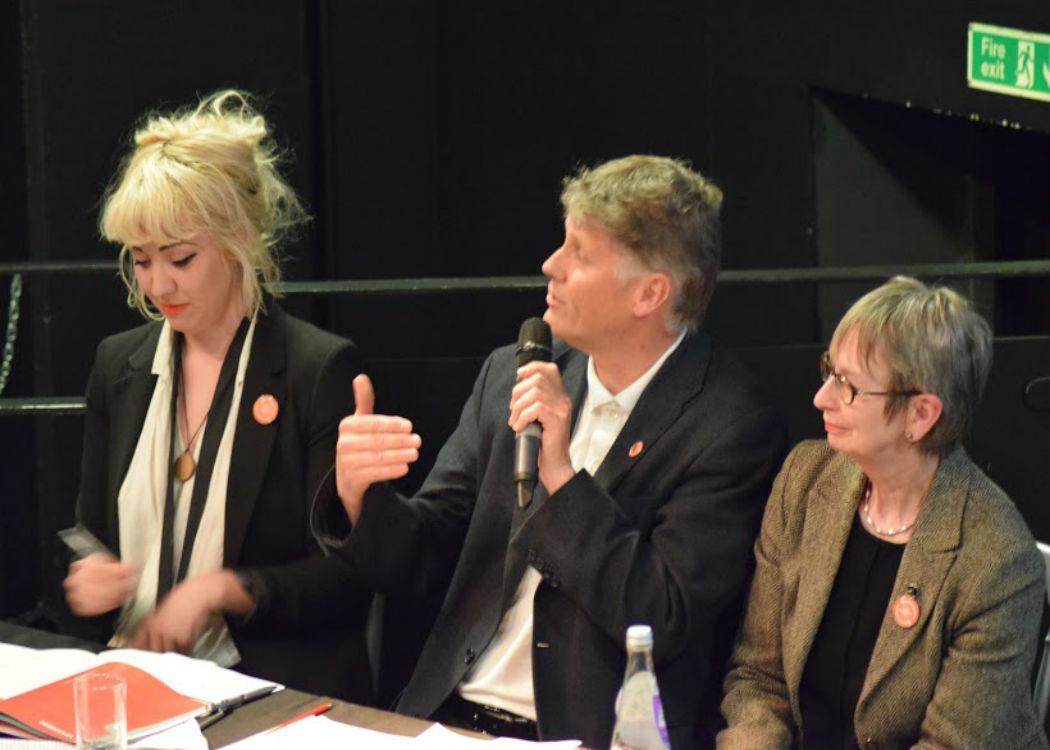 The manifesto for the nine-month-old socialist electoral vehicle includes the most radical redistributive and politically reforming policies in the election including a second referendum in the next parliamentary term, tax increases on the rich and a new payment for carers.

CommonSpace looks at eight key policies in the Rise manifesto.

A mandate to hold a second referendum on Scottish independence

Rise made the cornerstone of its referendum launch a promise to submit a motion to the Scottish parliament to give it the power to hold a second independence referendum at the time of its choosing.
The manifesto claims this will equip the parliament with the ability to hold a referendum without Westminster say-so, and under circumstances that are strategically advantageous for the pro-independence movement.

The manifesto includes pledges to scrap the council tax and replace it with a local form of income tax, introduce a whiskey tax on one of Scotland’s most successful exports (though Rise concedes this does not currently fall under the powers of the Scottish Parliament) and increased income tax.

The alliance wants to introduce a new top rate of tax of 60p in the pound for those earning over 150,000. It also wants to increase the income at which people pay the 40p higher band to PS50,000, though the manifesto makes the incorrect claim that tax on earnings for the higher band currently begins at PS32,000, when in fact it is PS43,000.

The Rise manifesto pledges to introduce a Living Income for Carers (LIC) Bill to the Scottish Parliament.

It would call for a payment of PS200 per week for all those caring for 35 hours or more, regardless of other income. The Bill also includes provision of special access to health services to deal with the problems of physical and psychological strain suffered by carers.

The manifesto also states that Rise’s ultimate aim would be a universal basic income, replacing much of the existing welfare system and available to those both in and out of work.

The manifesto calls for a series of radical measures on land reform , including a cap on the amount of land that any individual or entity can own, the right for communities to purchase their land, and a publicly searchable land database.

The manifesto also calls for a “total ban” on fracking.

The manifesto calls for the abolition of Police Scotland, which it says represents a dangerous “centralisation of power” and a return to local police forces.

It cites recent controversies including the routine arming of police and the death in custody of Sheku Bayoh as causes for concern. There is no detail on why localised policing would represent an improvement on the single force.

The manifesto also calls for the scrapping of the Offensive Behaviour at Football Act, which critics claims has criminalised young football fans.

Rise opposes the implementation of the controversial ‘Prevent’ counter-extremism strategy, which the manifesto says is ‘invasive’.

The manifesto supports the calls made by the Time for Inclusive Education (Tie) campaign to train teachers to provide an LGBT+ inclusive education. The policy is designed to tackle the extreme levels of homophobic abuse and bullying suffered by LGBT+ pupils.

The Rise manifesto also calls for these demands to be widened to tackle sexism.

The manifesto calls for the construction of 100,000 council houses in the term of the next parliament.
Most of the main parties are calling for a house-building programme to deal with Scotland’s housing shortage, with the SNP calling for 50,000 new homes.

However, Rise is calling for 100,000 rented council houses, as opposed to most parties which are calling for a mix of private and public housing, with the private sector taking most of the burden.

The housing would be much cheaper and more accessible for most people, but would also cost the state more.

Referendum on the Monarchy

As part of its commitment to republicanism, the Rise manifesto calls for a consultative referendum on the monarchy localised to Scotland.

Though the outcome of such a referendum would not necessarily mean the Scotland would become a republic, Rise claims it would be a prelude to a republican constitution after independence.