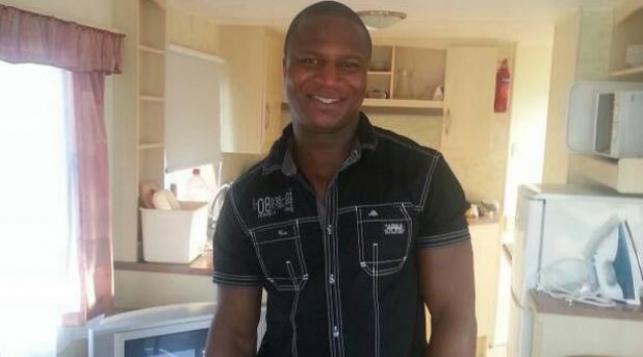 THE FAMILY of Sheku Bayoh have welcomedthe announcement today (12 November) that a statutory public inquiry will be held to examine the circumstances leading up to Bayoh’s death, following a meeting between his family, First Minister Nicola Sturgeon and justice secretary Humza Yousaf.

Bayoh died in 2015 after being restrained by police in Kirkcaldy, Fife and was subsequently revealed to have suffered extensive injuries. During his restraint, police employed batons, CS gas, pepper spray and leg and ankle restraints.

While the official cause of death was recorded as intoxication by the drugs MDMA and ‘flakka,’ Bayoh’s family have maintained that asphyxia was a contributory factor in his death, and that he suffered cardio-respiratory arrest while under police restraint.

Today, following a meeting between Nicola Sturgeon, Humza Yousaf and Bayoh’s family, Yousaf announced that a public inquiry would be established, and that the process of appointing a chair for the inquiry would begin shortly.

“For any independent scrutiny of this case to be rigorous and credible, it must address the question of whether or not Mr Bayoh’s race played a part in how the incident was approached and dealt with by the police.” Justice secretary Humza Yousaf

Yousaf said: “The first minister and I met with the family today to express our deepest condolences and assure them of our commitment to establishing the facts surrounding this tragic incident. They are right to expect a full public examination of the circumstances of Mr Bayoh’s death and I stated my determination to put in place a process to deliver that.”

While all deaths in police custody are subject to a mandatory Fatal Accident Inquiry (FAI), Yousaf noted that the Lord Advocate had “identified questions raising issues of public interest and importance” about the early stages of the post-incident management of the investigation that an FAI simply could not examine.

Yousaf continued: “That being the case, it is imperative that the circumstances leading up to Mr Bayoh’s death and the events that followed are examined in full and in public.

“Now that we have confirmation there will be no criminal proceedings in this case, and having examined all other options, I believe that as a government it is right that we should hold a public inquiry. I have discussed this with Mr Bayoh’s family, honouring my commitment to update them first. They were very clear in their determination to get to the facts surrounding Mr Bayoh’s tragic death and a public inquiry is now the surest way to do this.”

While acknowledging the importance of taking time to get the inquiry’s terms of reference right, Yousaf said that it will include those matters which would be covered by an FAI, as well as issues such as the post-incident management of the investigation in Bayoh’s death.

Yousaf said: “For any independent scrutiny of this case to be rigorous and credible, it must address the question of whether or not Mr Bayoh’s race played a part in how the incident was approached and dealt with by the police. In saying that, I am not prejudging the answer to that question; that will be for the inquiry, which will be independent of ministers.”

READ MORE: ‘Why should police officers be above the law?’ Sheku Bayoh family condemn decision not to prosecute

Yousaf emphasised that the inquiry “must be equipped with the necessary diversity of expertise and background to scrutinise the extent to which race was a factor in this case,” and that he would be discussing how to build such diversity into the structures of the inquiry with its chair.

While the justice minister argued that it was important not to expand the inquiry’s terms of reference beyond its core purpose, he added: “If systemic issues emerge that were causal or contributory factors in this case, then it is right that the inquiry address these”.

Yousaf told MSPs that he would update Holyrood early next year to confirm the inquiry’s terms of reference.

Writing on Twitter, Nicola Sturgeon also commented: “When I met Sheku Bayoh’s family earlier today I made clear the Scottish Government’s determination to get the answers to the questions they have about his death and its aftermath. I believe a full public inquiry is the best way to do that.”

Responding to the announcement, the Bayoh family’s lawyer Aamer Anwar today said in a statement that the family were “deeply grateful to the Scottish Government” and welcomed the inquiry as “a critical moment for Scottish justice, the rule of law and important step forward in the family’s campaign to establish accountability”.

Anwar reiterated the family’s criticism of the FAI system, saying it had “time and time again” been exposed for “failing to act in the best interests of the families of those who die in state custody, whilst failing also to hold to account ‘agents of the state’”.

Anwar said: “The FAI system lacks the remit to deal with serious public concerns, wider issues of deaths in police custody, use of restraint techniques, allegations of racism, lack of police accountability, the role of the Police Federation, the failure to stop conferring/collusion in post incident management, the insufficient powers of the PIRC and their institutional bias and incompetence, the failures by Crown Office and the length of time taken to investigate, nor would the findings of an FAI be binding on Police Scotland.”

During their meeting with Sturgeon and Yousaf today, Anwar confirmed that the Bayoh family advised them of the issues they wished to be considered, and requested both core participant status and to be consulted on the inquiry’s terms of reference.

“We also believe that the inquiry must focus on whether institutional racism, discrimination, inequality and cultural attitudes were responsible for what occurred: to what extent did the life of Sheku Bayoh not count, or could have counted more?” Bayoh family lawyer Aamer Anwar

Anwar said: “To say that a public inquiry must leave no stone unturned is an essential starting point. There must be publicly accountable learning. As with events like Hillsborough or the inquiries into the killing of Stephen Lawrence, Zahid Mubarek or Hillsborough it is necessary in terms of public confidence and justice going forward for the various chapters of the inquiry to cover both the cause and the wider circumstances that contributed to the death and what recommendations can be made to avoid repetition and the safeguarding of lives in the future.

“From that, it follows that the inquiry must identify each and every individual and organisation who must bear responsibility and accountability for this tragedy and the mishandling of the aftermath.

“Clearly this requires an investigation of the acts and omissions that contributed to immediate causes and underlying circumstances.

“Any statement made by the Scottish Government will quite rightly be cautious about promising too much or unfairly inducing expectations that an Inquiry might not be able to deliver.

“However, to express guiding principles that recognise the loss that has occurred and the healing contribution that a process of public accountable learning could make, is not a false promise or an illegitimate or undeliverable expectation.

“We also believe that the inquiry must focus on whether institutional racism, discrimination, inequality and cultural attitudes were responsible for what occurred: to what extent did the life of Sheku Bayoh not count, or could have counted more? These concerns are inescapable as far as many of the core participants are concerned.

“To leave them out would be to ignore potential social and institutional causes of the restraint and death of Sheku Bayoh and the shortcomings of the response to it. We would therefore suggest that they form a recognised part of the terms of reference.”

In response to Yousaf’s statement today, Scottish Green justice spokesperson John Finnie MSP has argued that the inquiry must have the power to summon witnesses.

Finnie said: “I welcome this inquiry, but it is vital it is able to get the full picture from all involved, so that the family impacted by this tragedy can get some answers.

“That means it must be able to compel witnesses to attend, including prominent players such as the former chief constable Sir Stephen House.”

“I welcome this inquiry, but it is vital it is able to get the full picture from all involved, so that the family impacted by this tragedy can get some answers. That means it must be able to compel witnesses to attend.” Green MSP John Finnie

Scottish Labour justice spokesperson James Kelly MSP described the inquiry as “a welcome step in the right direction”, saying: “It is important that the Scottish justice system is fair and robust, and that the circumstances of all deaths in police custody are thoroughly examined. Nobody is above the law.

“I would like to again offer Sheku Bayoh’s family my condolences, and I hope this public inquiry will bring them closer to the answers they have been searching for.”

Deborah Coles, executive director of the legal charity Inquest also commented: “This is a welcome decision and shows the Scottish Government recognise the serious issues raised by Sheku’s death. It is also in both the family and public interest.

“This inquiry must have the family voice at its heart, a terms of reference that can scrutinise the systemic issues raised and a robust and diverse panel. Those entrusted with the role of policing must be subject to accountability before the law.

“This inquiry can help examine concerns about racial injustice and the way custody deaths are investigated in the hope that future deaths are prevented. Today is a positive step in the family’s search for truth and accountability.”

The Scottish Trade Union Congress (STUC), which yesterday condemned the Lord Advocate’s decision not to prosecute any officers of Police Scotland over Bayoh’s death, added on Twitter: “This is good news for those who stand in solidarity with his family and the fight against racism. Only with justice can there be peace for those grieving for Sheku.”

Picture courtesy of the Justice for Sheku Bayoh Campaign