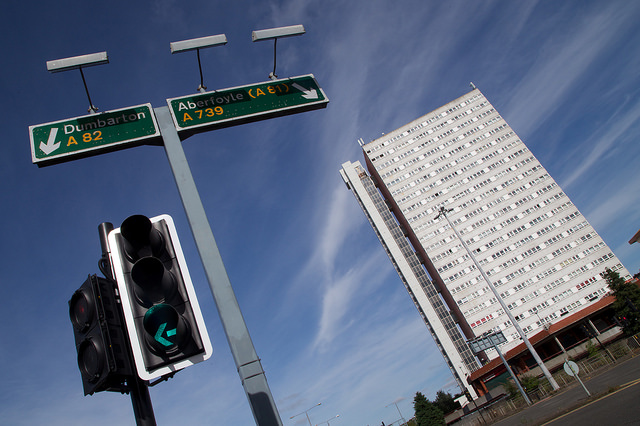 Private rents in Edinburgh and Glasgow have risen one-third since 2010, while the roll-out of universal credit has led to a sharp rise in rent arrears

A TENANTS’ UNION has called on the Scottish Government to immediately introduce a cap on rent prices, as a new study reveals that many low-income households can now not even afford the cheapest private rented housing, as the effect of the UK Government’s housing benefit freeze bites.

The Local Housing Allowance (LHA) was previously tied to the 30th per centile of private sector rents in each local area, but from 2013 to 2015 it rose by one per cent nationally and is frozen from 2016-2020 as part of the UK Government’s austerity agenda, meaning housing benefit does not stretch as far for low income households as previously.

A study published today [29 August] by the Chartered Institute of Housing has shown that, outside London, Scotland is one of the areas most affected by the freeze, with low-income households increasingly facing the choice of choosing between rent and food, increasing the risk of homelessness.

The report found that over a 12 month period some larger households in Glasgow and East Dunbartonshire who previously had their whole rent covered by housing benefit will now have a £1000 shortfall.

Responding, Craig Paterson, spokesperson for Living Rent tenants’ union, said the situation on the ground had become a “full blown crisis”, which required the introduction of “a rent freeze for all tenants across the country” to tackle.

“It comes as no surprise that as rents continue to increase and the UK Government continues its assault on the poorest and most vulnerable in society through its austerity agenda that more and more people who rent are struggling to survive,” Paterson said. “With a UK government unwilling to help and a Scottish Government hamstrung by only have limited powers the solution is simple, the Scottish Government must use the powers it has to immediately introduce a rent freeze for all tenants across the country and bring the rented market under control. This is no longer some abstract problem, this is a full blown crisis and it requires an immediate response.”

The LHA budget, which grew from just over £15bn to £25 billion in the 20 years from 1994/95 to 2014/15 as private rent costs spiralled, is a reserved power of the UK Government, while the Scottish Government has powers over control the costs of private rents. 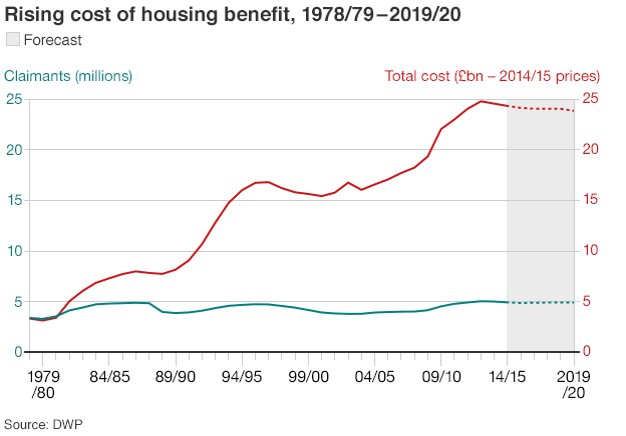 The number of private renters has tripled since devolution began from five to 15 per cent of the population, while rent prices in Glasgow and Edinburgh have risen by one-third since 2010, while wages have stagnated.

A Scottish Government commissioned report in May showed that the roll-out of Universal Credit was leading to many Scottish households falling into rent arrears. In East Lothian, 72 per cent of social housing tenants claiming universal credit were in arrears, compared to 30 per cent of all tenants.

The Scottish Government has committed to introducing rent pressure zones (RPZ) which could cap rents at inflation plus one per cent in areas where rents are deemed to be rising at a rate that is unaffordable for tenants in a specific area, but CommonSpace reported in June that it could be at least three years until RPZ’s are operational, as local authorities are still consulting one another and the Scottish Government on how to do the data-gathering necessary to establish them.

The Scottish Government has made it clear it is local authorities responsibility to fund this, despite no guarantee that Ministers will establish an RPZ once an application has been made, leading some council’s to question whether it is worth committing the resources to it.

CIH Scotland director Annie Mauger said their study had shown the need for an end to the UK Government’s housing benefit freeze.

She stated: “Our research makes it clear just how far housing benefit for private renters has failed to keep pace with even the cheapest private rents. We fear this policy is putting thousands of private renters on low incomes at risk of poverty and homelessness.

“We are calling on the UK government to conduct an immediate review and to look at ending the freeze on Local Housing Allowance.”

The Housing Minister Kevin Stewart responded to the call for speeding up of rent control introduction by stating: “Scotland has taken the lead within the UK in rights for private tenants, with the introduction of the new private residential tenancy, which is the most significant change in private renting in Scotland for almost 30 years. It means landlords cannot evict a tenant simply because their tenancy agreement has reached its end date, limits rent increases to once in 12 months and establishes a process by which unfair increases can be challenged.

“The Private Tenancies (Scotland) Act gives councils powers to apply to designate a Rent Pressure Zone where rents for existing tenants with a Private Residential Tenancy are increasing and causing hardship.”