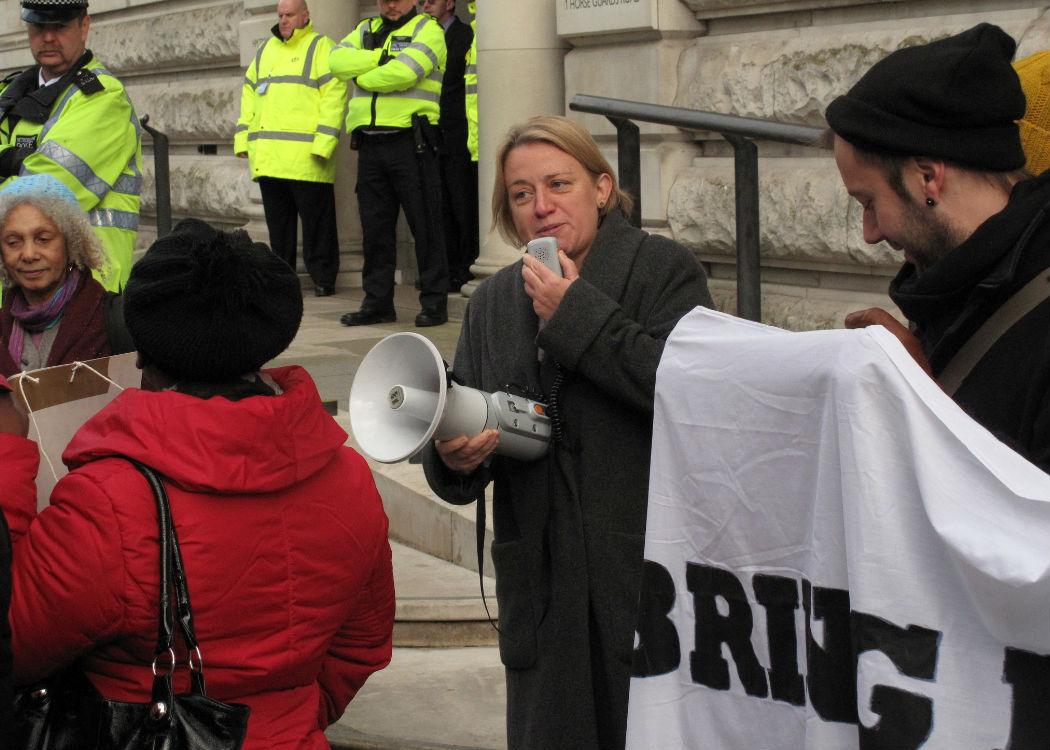 From ending austerity, to renationalising railways and reforming the UN, the Greens manifesto has some ambitious plans

THE GREEN PARTY of England and Wales today launched its General Election manifesto with a call for “peaceful political revolution” to end austerity and tackle climate change.

We pick out some of the party’s notable policies in its agenda for change.

The Green manifesto insists that there is an alternative to austerity. It argues that we need to “throw off the shackles of market ideology” and instead embrace a ‘one-planet’ economy that works for everyone.

– Decent, secure work paid at least the living wage.
– Increase the living wage to PS10 an hour by 2020
– Create over one million ‘good’ jobs
– Implement a new wealth tax on the top 1 per cent, a Robin Hood tax on the banks, and the closure of tax loopholes

The Greens say that urgent action on climate change is needed to avoid “devastating harm to our economy, society and environment”.

– Ban Fracking.
– Invest in a public programme of renewable generation, flood defences and building insulation.
– Work to increase the localisation of food and reduce food imports.
– Aim to recycle 70 per cent of waste by 2020 as a move towards a zero-waste system

From education, to health, to transport, to housing – the Greens say that Britain’s isn’t working for ordinary people. The party’s manifesto stands for a society that works for the common good.

– Scrap university tuition fees, reverse cuts and invest in further education.
End the “creeping privatisation” of the NHS and make mental health a much bigger priority.
– Provide 500,00 social rented homes and cap rents in the private sector.
– Re-nationalise the railways and cut fares by 10 per cent.

The Greens ask you to imagine the UK as a “good global neighbour” committed to peacekeeping and resolving conflicts as opposed to making them worse.

– Save PS100bn by cancelling Trident and decommissioning existing nuclear forces and facilities.
– Campaign for reform of the United Nations and the abolishment of the permanent seats on the UN Security Council.
– Diminish dependence on arms sales: prevent the sale of weapons and military equipment to undemocratic regimes and those that violate human rights.
– Support an end to the EU-Israel association agreement that gives Israel preferential access to European markets and access to EU programs and funding.

An agenda for equality

At the heart of the Greens manifesto is an agenda to promote equality for all marginalised groups in society. They say that the party is opposed to inequality “not just because it is wrong in itself…but because it fosters inappropriate growth.”