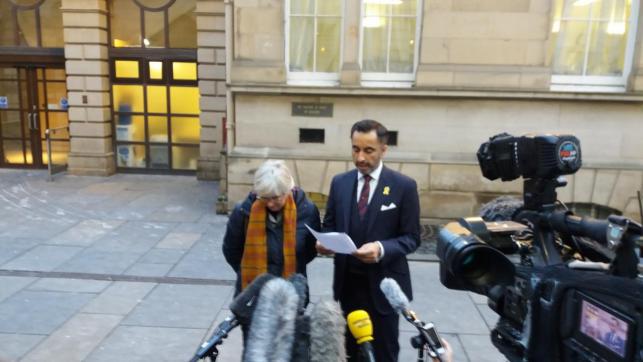 Spanish authorities wish to extradite the St Andrews University professor on the archaic charge of ‘sedition’ – which does not exist in Scots law – due to Ponsati’s involvement in the outlawed 2017 Catalan independence referendum in her capacity as Catalonia’s education minister.

Ponsati faces up to 15 years in prison if convicted. Last year, nine other Catalan pro-independence figures were given sentences between nine and 13 years after being found guilty of similar charges.

Prosecutors acting on behalf of Spain are expected to lodge legal submissions that Ponsati’s conduct constitutes the offence of treason under Scots law.

Ponsati’s legal team, led by the lawyer and human rights advocate Aamer Anwar, will also lodge legal submissions with the court which will include preliminary issues which may arise because of Brexit, including the possibility of Ponsati becoming an MEP once Spain is award five seats in Brexit’s aftermath.

Other submissions will consider the competence of the warrant for her extradition, the question of duel criminality, whether Ponsati’s human rights would be abused should be extradited to Spain, and whether Spain has abused the extradition process itself.

Commenting ahead of the hearing, Anwar said: “With the UK leaving Europe it is unlikely that the Scottish courts will suspend the warrant and  Clara must still fight a battle to stop her being extradited.  Spain stands accused of acting as ‘rogue state’ and using its unlimited resources to abuse the rule of law and attack the Catalan people whilst holding ‘political prisoners’.

“Clara will always be grateful for Scotland’s warm embrace but will never relinquish the dream of returning to her beloved Barcelona, to breathe its air, to freely walk its streets and to be with her family. A lengthy battle lies ahead, she is determined to fight to the end to win.”

It is expected that tomorrow’s hearing will set the date for Ponsati’s full extradition hearing. Supporters of Ponsati are expected to rally outside of Edinburgh Sheriff Court from 9.30am onwards.