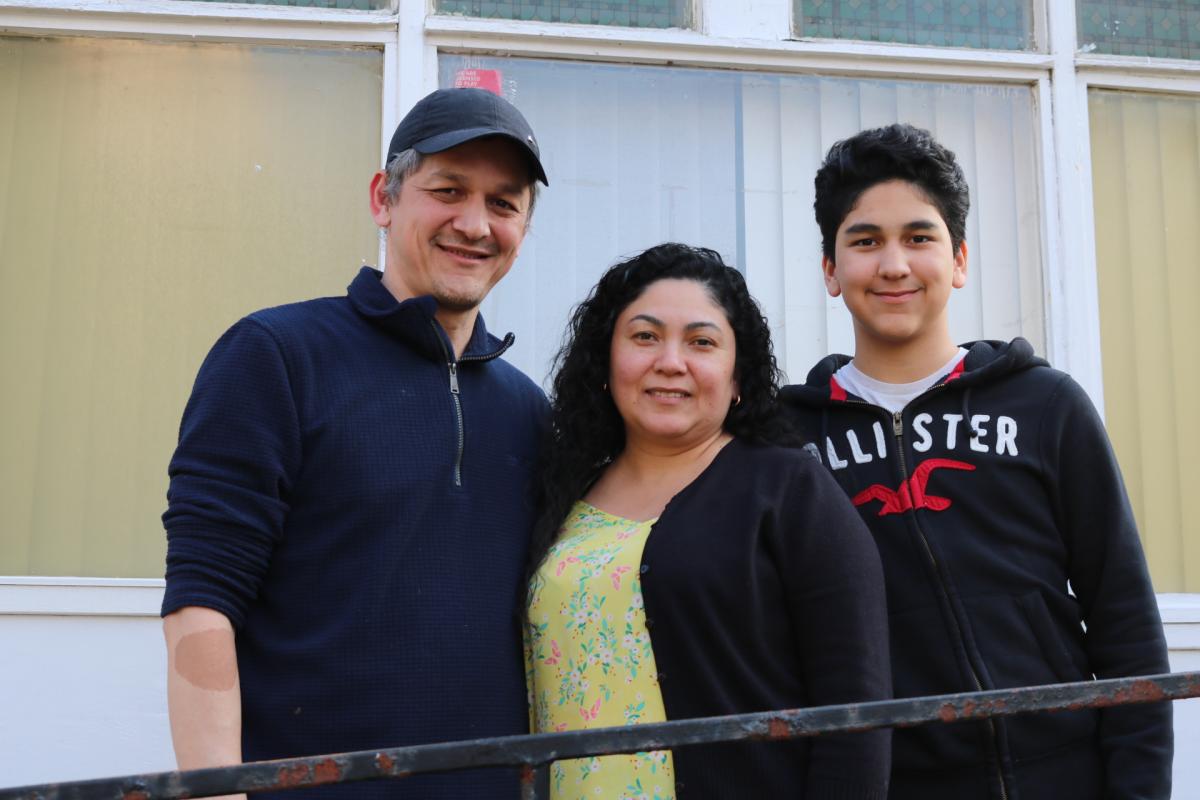 Fleeing gang violence, more and more families from Central America are applying for asylum in the UK. Rhiannon J Davies met with one family from El Salvador to hear more about the life they left behind and their new life in limbo in Glasgow.

Mario Melgar and his family are one of a growing number of families making new homes in Glasgow after fleeing gang violence in El Salvador. CommonSpace met them in the garden of the Nan McKay Community Hall, a place that has become like a second home, since their arrival in Scotland two years ago.

“It wasn’t a warzone,” says Melgar.  “But it felt like it; a social war between the government and the gangs”.

It has only been 27 years since the end of the Salvadoran Civil War, which ravaged the country between 1979 and 1992. Sparked by a coup on October 15, 1979. The military-led government battled the Farabundo Martí National Liberation Front (FMLN), a coalition of left-wing groups. Death squads, the recruitment of child soldiers and other human rights violations abounded, largely committed by the army, who the UN holds responsible for 85 per cent of the civilian murders. 75,000 people were killed while an unknown number disappeared.

Speaking about the war, Melgar says: “Many people left the country during this time. Children without parents ran away to the USA in the mid-1990s where they became gangsters. And a few years later they came back to El Salvador.”

There are two main gangs in El Salvador, the Mara Salvatrucha, or MS-13, and Barrio 18,  both of which originated in Los Angeles. Many of their members were deported to El Salvador from the US, following the end of the civil war. This led to spiralling levels of violence right across Central America with both sides competing for territory and control over a range of criminal activities from drug running and arms dealing to people trafficking.

“El Salvador is only a small country. Geographically it fits inside Scotland five times, but it has a population of over six million. Gangs control all areas. If you flee a gang to try and live in a place controlled by their rivals, they know you’re coming and just kill you.”

Melgar and his wife have three sons, now aged 22, 20 and 12.  In El Salvador, they had their own business – a dairy shop in the city of Santa Tecla. “It was the fifth place we tried to settle – each time fleeing from gang violence,” she says.

“Boys start to become gangsters at a young age. If a boy doesn’t agree to join a gang, they’ll kill him. If a gang leader likes a young girl, aged 12-13, he takes her, he doesn’t care about her age. Sometimes she’ll be passed around between five or six guys. That’s why so many teenagers become pregnant. Schools are the main recruiting ground.”

Like elsewhere in Central America, corruption is rife. “Police, soldiers, lawyers and judges are all in the pockets of gangs,” says Melgar.  “People are afraid to report things to the police. The gang know the next day.”

In August 2016, gang members started extorting money from the Melgars. The fees increased as months went on until they were unable to pay, and the gang threatened the family. Mario had tried to keep his sons from finding out what was happening. But Mario’s oldest son was caught by the gang. He was working in a sport shop at the time, his uniform included wearing red shoes.

“They told [my son] that next time he was caught, he would be killed.” – life under threat

“It sounds ridiculous when you say it here, but in El Salvador, if you live in an area controlled by MS-13, you can’t wear red shoes. My son was just a boy, he didn’t know gang rules. They told him that next time he was caught, he would be killed.”

When Mario reported the threats to police, they told him that in order for them to do anything about it, they would have to invite a gang member to their shop to be paid the extortion money, so the police could catch them in the act. Mario refused. “If I did that, the problem wouldn’t stop there. They just use young boys to collect the money. The gang would know what I had done.”

Instead, Mario was shown a computer folder full of images of gang members going back over six or seven years. He was asked to identify any of the members who had threatened him. But many of the images were of people already dead or in prison – it was an impossible task.

“The authorities are so under-resourced in this fight. Their cars don’t work. The gangs have better guns than they do. Many police and their families have been killed. Police aren’t allowed to carry any weapons off duty, so they have no way of protecting themselves, let alone us.”

They decided they had no option but to flee. They arrived into Heathrow via Costa Rica, then Columbia on 15 February 2017, telling his youngest son it was just for a holiday . “The whole experience was very traumatic,” says Melgar. “We tried to read everything about what was required before we arrived. We requested asylum right away, but I’d read that if you felt unable to carry out the interview at that time, you can tell the officers.

“We’d spent ten hours on a flight and four hours in a waiting room. I hadn’t slept. We had to use a translator over the phone. But when I requested that we do the interview after I had rested, I was told ‘we can just put your straight back on a plane to El Salvador if you prefer’. I was shocked, I wasn’t expecting that reaction.”

Mario had thought he was bringing his family to England and knew nothing about Scotland. Yet the family was moved to Glasgow on the 20 February and given temporary accommodation in Govan for seven weeks before being moved to their new home in Pollokshields. They are still awaiting a decision on their asylum claim. A mistake made on his immigration paper that mixed up his name with that of his son’s has further complicated the process. 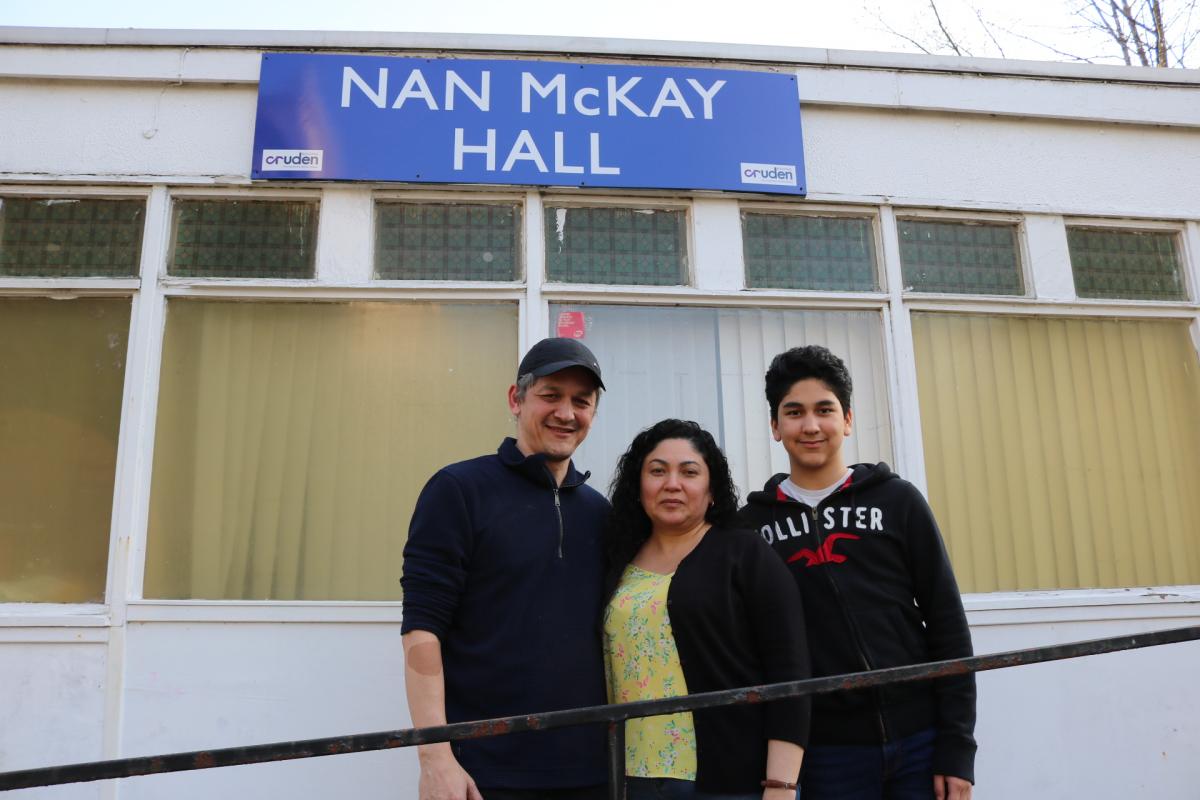 “There are many people helping us here. But our life stopped when we arrived.” – life in Scotland

His two older sons were studying in El Salvador and the first thing they wanted to do when they arrived is continue their studies. For now, they’re just taking ESOL classes.

“I worked as an accountant my whole life and was hoping to do the same here. I’ve enrolled on accounting courses here, but I need to have refugee status. Glasgow Clyde College are helping me, and I hope to get an infill space.

“The most frustrating part of it is not being able to get on with other stuff – especially for my two older boys.” His youngest, Andreas, aged 12 attends Bellahouston Academy. “He is the happiest”, claims Mario, “because he is living the most normal life.”

“After two years here, this is not the life we were expecting to live.”

When they arrived in Glasgow, they were the only family they knew of recently arrived from El Salvador. They now know of 25 others. They found about the Nan McKay centre by chance but say it has become their family.

“We feel part of it and the community has helped us in so many ways.”

“We organised a meet-up with other Salvadorans in December in our flat. But when I asked Bill Lawns, the manager of Nan McKay Community Hall, if we could hold it there, he suggested forming a group. That was never my intention, but he pointed out that we could work together to support each other this way and share information. For example, when we first arrived, we didn’t know that you could get a family ticket on public transport for example, so were paying individually.”

Thirty-one people came to the last meet up of ‘Guanacos in Glasgow’ (guanacos is a term used for Salvadorans). It’s open to all nationalities as a chance to meet new people and share experiences.  “We have no agenda, but everyone brings something to eat and shares tips on where to find typical Salvadoran ingredients. It provides a little taste of home.”

“It’s one of the best things in my life at the moment. I felt really happy watching the children playing the community hall garden last time. We all live in very small flats and it just felt like a return to normality.

“We feel safe here. It’s okay for our youngest to walk to school alone. That’s the one thing we didn’t have in El Salvador. Nowhere was safe.”

The home office provides asylum seekers with accommodation and covers their bills. They are also granted around £5 per person per day. “We just about have enough for food, but we don’t ‘have anything extra for clothes or shoes or any additional costs. The group can help each other out in this way.”

Mario and his family try to stay positive, but feel like they’re stuck in limbo. “I just don’t understand why we aren’t able to work. We are young, productive people who could be making a contribution. Instead I feel useless. I have wasted two years waiting. I don’t understand why they spend all this money on providing housing and benefits when “we could work to fund ourselves.

Does he hold out any hope for improvement in El Salvador? “There were elections two months ago, we’re hoping for change. I have been an optimist for 20 years and I will continue to be one.” 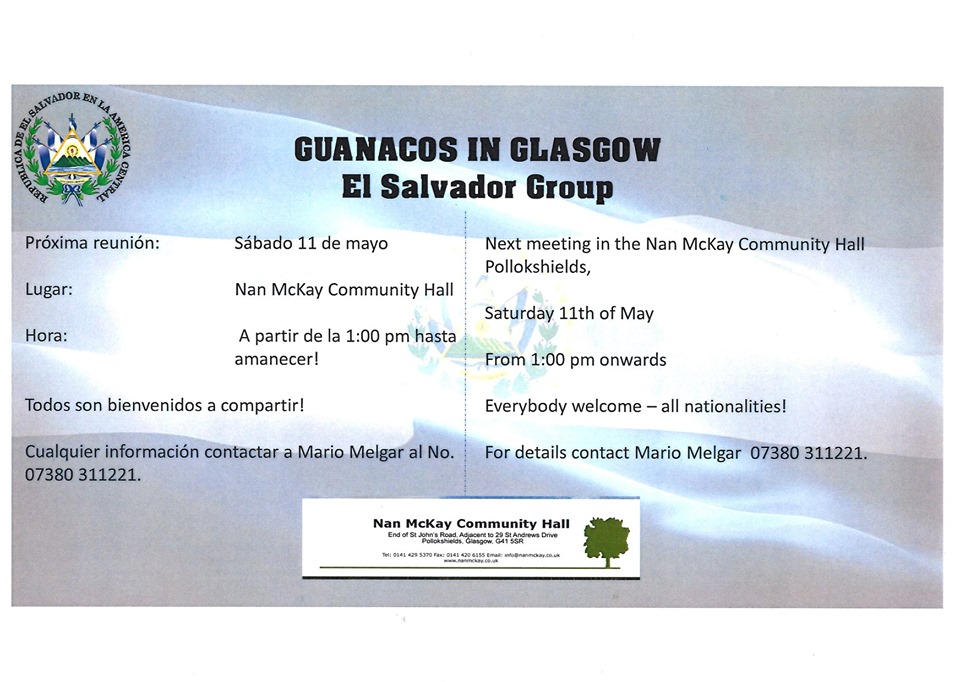 The next meeting of ‘Guanacos in Glasgow’ is at the Nan McKay Community Hall in Pollockshields on the 11th May from 1pm onwards. Everyone is welcome.