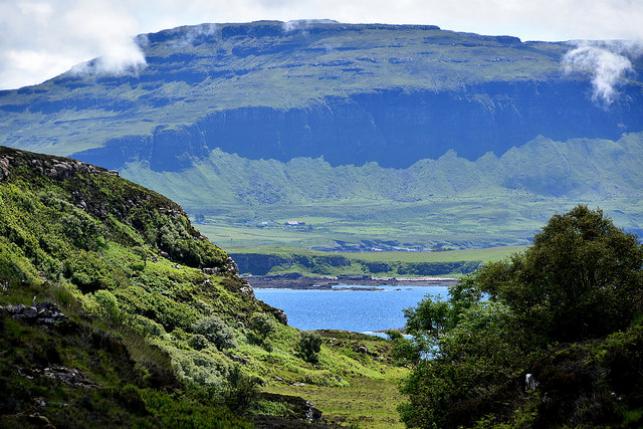 The SLF has granted the company behind the community buyout £4.4m

THE COMMUNITY BUYOUT of the island of Ulva has taken a major step forward after being awarded £4.4m from the Scottish Land Fund (SLF).

Plans for the buyout received the endorsement of Ulva residents, as well as those who fall under the membership area of the North West Mull Community Woodland Company (NWMCWC) in a postal ballot this January, after it was put on the market by current owner Jamie Howard.

The NWMCWC – the first group to register an interest in buying an island under the Scottish Government’s Community Right to Buy legislation – was faced with raising £4.2m to purchase the Inner Hebrides island. Following its boost from the SLF, the woodland company must now agree terms with Howard by 9 June in order to complete the buyout.

Colin Morrison, the chairman of the NWMCWC, said: “This award from the Scottish Land Fund is hugely significant, not only for Ulva but also more broadly for north-west Mull.

“Our top priority is to renovate the existing buildings and provide secure leases for present and new residents and businesses.

“We aim to have 20 or more people living on Ulva within two or three years, rising to as many as 50 or more as new houses are built.

“Social and economic development of Ulva will bring benefits to the neighbouring communities on Mull.

“This is further demonstration of the Scottish Government’s commitment to empowering communities via land reform.” Environment and land reform secretary Roseanna Cunningham

Environment and land reform secretary Roseanna Cunningham also commented: “Today’s award should provide the NWMCWC with the means to make a fair and serious offer for the island.

“This is further demonstration of the Scottish Government’s commitment to empowering communities via land reform – enabling them to determine their own futures.”

Speaking on 19 March following the announcement of the award, SLF chair John Watt said he had “great pleasure” in breaking the news.

Watt added: “This means that local people are now one step closer to extending the area the community currently owns, and in doing so putting the future of the island of Ulva firmly in local hands.”

“It is a momentous day for all involved and I wish them every success as they go on to raise the remaining funding that will allow them to turn their dreams into reality.”