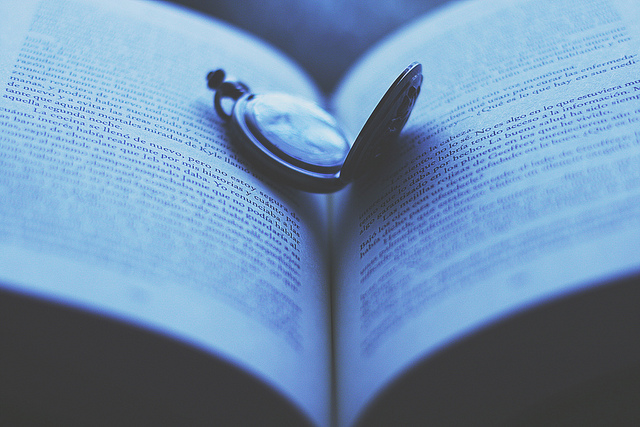 IT’S been 10 years since the SNP took the reins of power in Scotland, forming a minority government in 2007.

But it’s not been all smooth sailing for the SNP, despite a surge in membership and popularity after the Scottish independence referendum. Its record on education and healthcare has come under scrutiny in recent months, but it has retained and even bolstered power in Scotland while becoming a force on the UK political scene simultaneously.

With such a tumultuous time behind us, and possibly a more tumultuous one ahead, academic and political commentator Gerry Hassan has compiled a book of essays, reflecting on the SNP’s time as the leaders of Scotland.

“Baby boxes should have been about not what was in the box, the relationships built to support the young child around the box, based on the Finnish example.” Gerry Hassan

“A Nation Changed? The SNP and Scotland 10 Years On” – which is on sale now – is made up of essays from some very notable people in the Scottish political arena. Everyone’s favourite psephologist, John Curtice, makes an appearance, his entry entitled: “The party and the electorate.”

Columnist Dani Garavelli’s submission takes an in depth look at baby boxes. Even CommonSpace journalist David Jamieson has shown up, partnering with former CommonSpace reporter Jen Stout to write about the progress of LGBTI rights in Scotland.

I spoke to Hassan in a Glasgow café. Not wanting to get too difficult, too fast, I first asked what made him want to bring this book together. As a by-product of his biting into a bacon sandwich as I began recording, I waited with bated breath for an answer, no doubt making him feel uncomfortable that I was staring directly at him from across a table as he was trying to eat.

“It’s quite simple really, it was an anniversary and an opportunity. Like lots of things I think of, there was a gap … I thought there would be a multiplicity of books in the pipeline, then it became clear around Christmas that there wasn’t.”

Don’t ask Hassan which essay raises the most important point, though. “Crikey” he exclaims, “what a question!” Still in the middle of chewing a bacon sandwich, struggling to come up with an answer, presumably due to his love for everything that was submitted, Hassan pointed to the Garavelli piece on baby boxes, which he says is an example of how policy can be “mangled by the system”.

“Baby boxes should have been about not what was in the box, the relationships built to support the young child around the box, based on the Finnish example.”

“It was the Scottish Executive, it was minimalist, it was always wondering and worrying what were the parameters of what it could comment on or have responsibility for. Salmond etc. changed all that, practically overnight, changed the nature of the first minister to become the obvious leader of Scotland.” Gerry Hassan

“It was the Scottish Executive, it was minimalist, it was always wondering and worrying what were the parameters of what it could comment on or have responsibility for. Salmond etc. changed all that, practically overnight, changed the nature of the first minister to become the obvious leader of Scotland.

“I felt, like lots of people, that the SNP were a breath of fresh air. That there was a sense of us walking taller and being more visible internationally.”

While the SNP have been in power for a decade, the last few months have been somewhat of a struggle. Their seats in Scotland were vastly reduced at the general election in June, losing heavyweights Alex Salmond and Angus Robertson in the process, as well as sustained attacks from all sides on education and healthcare. I asked Hassan if the longevity of their power had opened them up to more criticism. “Massively,” he said. “We’ve gone from ‘St Nicola’ to ‘Nicola is useless’, practically.”

Asking Hassan where the SNP goes from here, he said: “The SNP will have to have a bit more policy and a bit more pluralism. And after 10 years, admitting that some of the stuff that’s wrong is down to us, Scottish people, Scottish institutions. We all know, in certain areas, that the shortcomings in this country aren’t all down to external forces, we have a problem having debates about things like health and education, in terms of the system.”

In terms of the next steps for Scotland, Hassan said: “We’re heading on a journey of greater self-government. We’re already partly independent, we have been for ages. But the journey between partial independence and formal independence is quite a big jump still. I think the idea of Britain is not quite completely dead, it’s clearly not dead in the British political classes, but I think at a popular level, it’s close to dead.

“There’s been so many moments of loss and mourning for the Britain that’s passed. How we treat child refugees for instance. The government back tracking on the Alfred Dubs amendment.

“So I think we’re stuck in a union without love, and we might be stuck in that for a while.”

The book is available now, and features over 40 different essays about the last 10 years of the SNP from some of the premiere movers and shakers of in Scottish political coverage. In the meantime, you can see some of Hassan’s writings on his website.