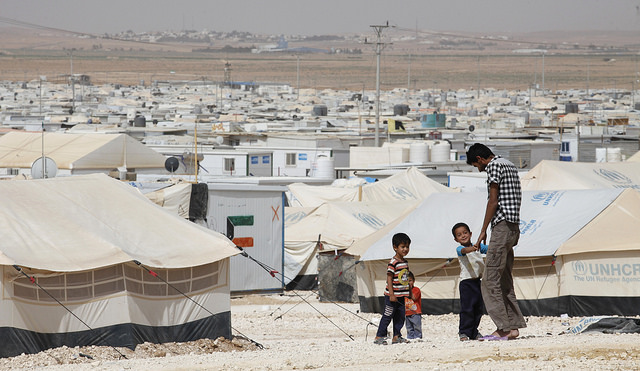 Over 1,800 people have come to Scotland from Syria, according to communities secretary

Nearly 2,000 Syrian refugees have been brought to Scotland since the launch of a resettlement scheme in 2015, according to Scottish Communities Secretary Angela Constance.

In response to a question asked by Ben McPherson in parliament,  Constance stated that “over 1,800” Syrian refugees had been settled in Scotland since 2015.

McPherson said: “It’s excellent that Scotland has welcomed over a quarter of those Syrian refugees who have arrived in the UK, under the resettlement programme, since 2015.

“But more needs to be done – in what is an off-the-scale humanitarian crisis that’s difficult to comprehend here at home.

“It’s excellent that Scotland has welcomed over a quarter of those Syrian refugees who have arrived in the UK, under the resettlement programme , since 2015.” Ben McPherson MSP

The answer did not reference the number of refugees who have been rehomed in the UK, although the most recent Home Office statistics, published in May put that number at 7,055.

The refugees were resettled under the Syrian Vulnerable Persons Resettlement Programme (SVPRP).

When compared to the May figures, these statistics mean that despite only having eight per cent of the population of the UK, Scotland has accommodated 25 per cent of the Syrian refugees brought in, although this cannot be fully confirmed until the newest batch of statistics is released.

The numbers come on the back of the Scottish and Welsh Governments joining forces, for the second time in a week, expressing their concerns about child refugees, following recent reports that no child refugees have been brought into the UK under the Dubs Amendment.

The amendment was made to the Immigration Act after being proposed by Labour peer Baron Alfred Dubs. The scheme enabled unaccompanied child refugees in Europe to enter the UK, without the need for a familial link. However, the amendment was scrapped in February of this year, after only 350 children were brought in.

An open letter, posted on the Scottish Government website, was sent by Constance and her Welsh counterpart Carl Sergeant, secretary for communities and children, to UK Immigration Minister Brandon Lewis, David Mundell and Amber Rudd.

The Scottish and Welsh secretaries said that they “have struggled with the lack of information that has been forthcoming from those running this operation”, adding: “This continues to be the case and we are aware that only a couple of hundred unaccompanied children have been transferred of the 480 placements identified.”

McPherson also spoke of the UK Government’s treatment of child refugees, saying that a cross party enquiry found that ministers have done “as little as legally possible” to help unaccompanied children under the Dubs Amendment.

The Scottish Government has said it is “delighted that Scotland has now received more than 1,800 refugees under the Syrian resettlement programme since October 2015 and commend all those involved with settling people in their new communities”.

The government added: “We remain committed to welcoming a fair and proportionate share of the refugees coming to the UK under the programme and continue to work with key partners, including the Home Office, Cosla, local authorities and third sector organisations, to offer a place of safety to people fleeing war and persecution.”

Labour Deputy Leader Alex Rowley said: “Scotland spoke with one voice to say that refugees are welcome – and Labour councils are among the many across Scotland that have helped house those fleeing conflict and destitution.”

Taking aim at the UK Government, Rowley said: “The Tory government has been nothing but callous in its attitude towards refugees, including its decision to scrap Labour’s Dubs Amendment on unaccompanied children.

“Labour will always fight for the many in our society, including those fleeing unspeakable horror.”