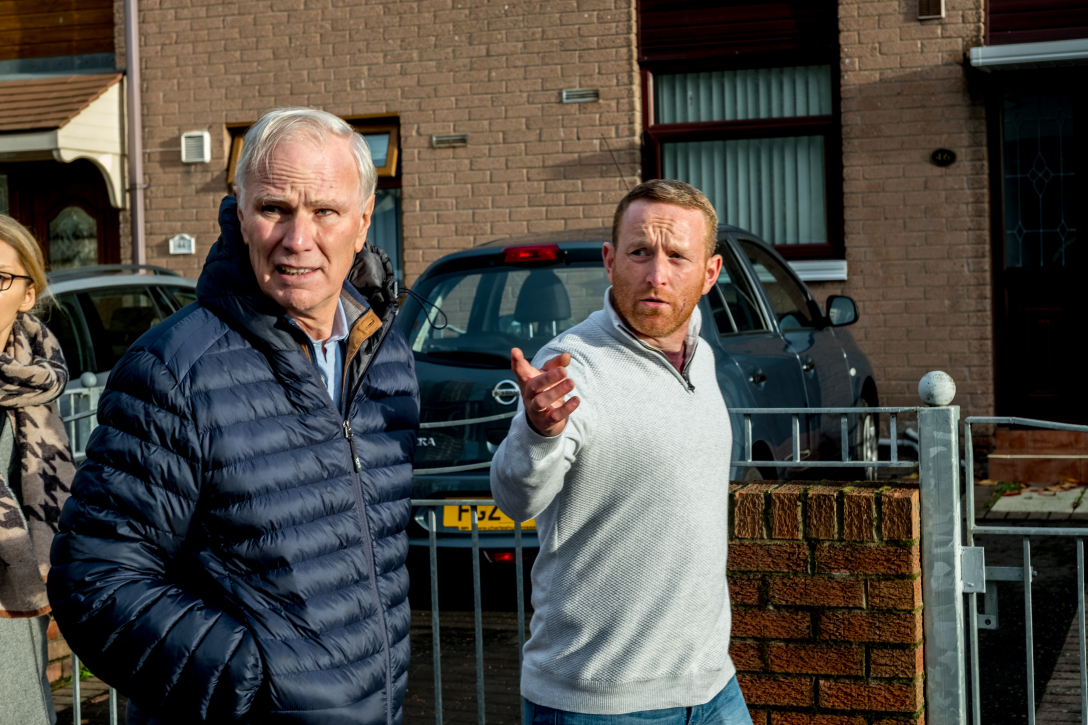 A NEW report commissioned by the United Nations contains a number of damning conclusions about both the level of poverty in the UK and its causes.

Policies pursued by the UK Government have led to the “systemic immiseration” of millions across the UK, according to Philip Alston, the UN’s Special Rapporteur on extreme poverty and human rights and one of the report’s authors.

Following an official fact-finding visit to the UK in November 2018, Alston has argued that the results of the “austerity experiment” are now “crystal clear” – millions living in poverty, record numbers of hunger and homelessness, failing life expectancies among some demographics, fewer and fewer community services, and increasingly restricted access to legal aid for lower-income groups.

Commenting upon the report’s release today [22 May], Alston argued: “The imposition of austerity was an ideological project designed to radically reshape the relationship between the Government and the citizenry.”

While Alston acknowledged that the UK Government has taken measures to address some of the issues raised in the report – such as the institution of a uniform poverty measure and delays to the rollout of Universal Credit – he nevertheless argued: “It is difficult to see recent changes as more than window dressing to minimise political fallout.”

The UN expert added that, while Brexit is an obvious concern to all political parties, it has also become a distraction from the social and economic policies currently imposed upon the UK.

“It certainly won’t be a prouder, stronger, and more self-confident British community that emerges unless attention is given to the crisis of destitution and the chronic insecurity of low-income earners,” he said.

Below, CommonSpace highlights some of the major conclusions from the new report.

“It might seem to some observers that the Department of Work and Pensions has been tasked with designing a digital and sanitised version of the nineteenth century workhouse, made infamous by Charles Dickens, rather than seeking to respond creatively and compassionately to the real needs of those facing widespread economic insecurity in an age of deep and rapid transformation brought about by automation, zero-hour contracts and rapidly growing inequality.”

Employment is no escape from poverty

“Almost 60 per cent of those in poverty in the United Kingdom are in families where someone works, and a shocking 2.9 million people are in poverty in families where all adults work full-time. According to the Equalities and Human Rights Commission, 10 per cent of workers over 16 are in insecure employment. And 10 years after the 2008 financial crisis, employees’ median real earnings are, remarkably, still below pre-crisis levels.”

“People said they had to choose either to eat or heat their homes. Children are showing up at school with empty stomachs, and schools are collecting food and sending it home because teachers know their students will otherwise go hungry. And 2.5 million people in the United Kingdom survive with incomes no more than 10 per cent above the poverty line –just one crisis away from falling into poverty.”

“In England, homelessness rose 60 per cent between 2011 and 2017 and rough sleeping rose 165 per cent from 2010 to 2018. The charity Shelter estimates that 320,000 people in Britain are now homeless, and recent research by Crisis suggests that 24,000 people are sleeping rough or on public transportation –more than twice government estimates. Almost 600 people died homeless in England and Wales in 2017 alone, a 24 per cent increase in the past five years.26There were 1.2 million people on the social housing waiting list in 2017, but less than 6,000 homes were built that year.”

“The Special Rapporteur heard time and again about important public programmes being pared down, the loss of institutions that previously protected vulnerable people, social care services at a breaking point, and local government and devolved administrations stretched far too thin. Considering the significant resources available in the country and the sustained and widespread cuts to social support, which have resulted in significantly worse outcomes, the policies pursued since 2010 amount to retrogressive measures in clear violation of the country’s human rights obligations.”

“The ideological rather than economic motivation for the cutbacks is demonstrated by the fact that the United Kingdom spends £78 billion per year to reduce or alleviate poverty, quite apart from the cost of benefits; £1 in every £5 spent on public services goes to repair what poverty has done to people’s lives.40Cuts to preventive services mean that needs go unmet and people in crisis are pushed toward services that cannot turn them away but cost far more, like emergency rooms and expensive temporary housing.”

“The Special Rapporteur heard countless stories of severe hardships suffered under UC. These reports are corroborated by an increasing body of research that suggests UC is being implemented in ways that negatively impact claimants’ mental health, finances and work prospects. Where UC has fully rolled out, food bank demand has increased, a link belatedly acknowledged by the Work and Pensions Secretary in February 2019.”

“One of the key features of UC involves the imposition of strict conditions enforced by draconian sanctions for even minor infringements. As the system grows older, some penalties will last years. The Special Rapporteur reviewed seemingly endless evidence illustrating the harsh and arbitrary nature of some sanctions, as well as the devastating effects of losing access to benefits for weeks or months at a time.”

“Given the structural disadvantages faced by women, it is particularly disturbing that so many policy changes since 2010 have taken a greater toll on them. Changes to tax and benefit policies made since May 2010 will by 2021–2022 have reduced support for women far more than for men. Reductions in social care services translate to an increased burden on primary caregivers, who are disproportionately women. Under UC, single payments to an entire household, which are the default arrangement, can entrench problematic and often gendered interpersonal dynamics, including by giving control of payments to a financially or physically abusive partner.”

“It is too soon to say whether these steps – and Scotland’s new powers of taxation – will make a difference for people in poverty. However, it is clear that there is still a real accountability gap which can and should be addressed. The Social Security (Scotland) Act of 2018 provides no redress for violations of the right to social security. But if the compelling recommendations made by the First Minister’s Advisory Group on Human Rights Leadership are adopted, and if the Scottish Government acts swiftly on its commitment to incorporate the principles of the Convention on the Rights of the Child into Scottish law, these steps will make a huge difference.”