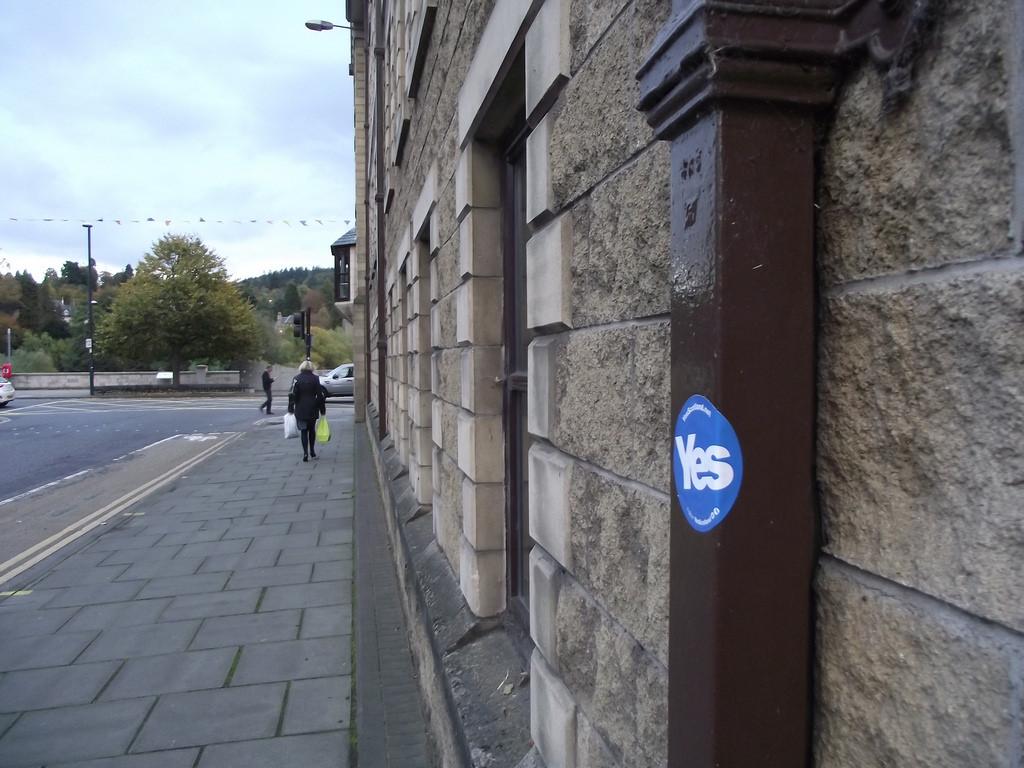 Sillars on a second referendum: “I can’t see a membership of 100,000 which came in on the independence issue not demanding that in the manifesto”

PARTY veteran and former SNP MP Jim Sillars has contradicted party leader Nicola Sturgeon’s position on a potential second independence referendum, insisting that it will be “the first line” of the party’s 2016 manifesto and stating that it would be “astonishing” if it wasn’t.

Sturgeon has said that a referendum will not be in the party’s 2016 manifesto “as it stands”, stating that it would require a “material” shift in circumstances, such as a UK exit from the European Union, to change her mind.

Sillars told The Telegraph that while the timetable for a referendum can be kept open, the party will seek “a commitment for a mandate to hold a referendum when it suits us”.

He said: “I would anticipate that a lot of people will be looking to next year’s election, 2016 for the Scottish Parliament, to have a commitment for a mandate to hold a referendum when it suits us.

“That is the key thing, no timetable attached. But a commitment in principle? No question, I think that is bound to be the case.” (Click here to read more).

Sillars added that he believed the SNP’s huge rise in membership since the referendum last year would see party members demand that the leadership commits to another referendum.

Sillars insisted that he had no doubt that a referendum would be in the party’s manifesto next year.

“I can’t see how it can be avoided, frankly,” he added.

Nicola Sturgeon has insisted that there is a “triple lock” on independence: first there has to be a significant shift in circumstances which would be separate from the outcome of the General Election; second, the people of Scotland would have to vote for a party in the 2016 Scottish elections with a referendum in its manifesto; and, third, there would have to be a majority vote in favour of independence in that manifesto.

Labour leader Ed Miliband has said if he was prime minister he would block another referendum even if the SNP were elected next year with a mandate to hold one.

When asked if he would agree to a transfer of powers to call the vote under section 30 of the Scotland Act 1998, as David Cameron did for the referendum held last year, he answered: “No, this was settled. Everybody said before the referendum that this was a once in a generation decision. You can’t move the goalposts after the result.” (Click here to read more).

Scottish Labour has turned its focus in recent weeks to insisting that a vote for the SNP is a vote for a second referendum on Scottish independence.

An SNP spokesperson responded to Sillars argument by saying it was his “personal opinion” but did not reflect the views of the party leadership.

The spokesperson stated: “As Nicola Sturgeon has said, this election is about making Scotland stronger at Westminster with a team of SNP MPs. It is emphatically not about independence, and we are not planning for another referendum – regardless of how many seats we win next Thursday.

“Jim is entitled to his personal opinion but as the First Minister has said, something substantive would have to change before another referendum could be proposed – such as Scotland getting dragged out of Europe against our will. People would then need to vote for a party offering a referendum in a Scottish Parliament election, and would then need to vote for independence – the people of Scotland are in charge at every stage.”

A poll on Wednesday for STV news showed the SNP on course to win all 59 seats in Scotland in the General Election on 7 May.