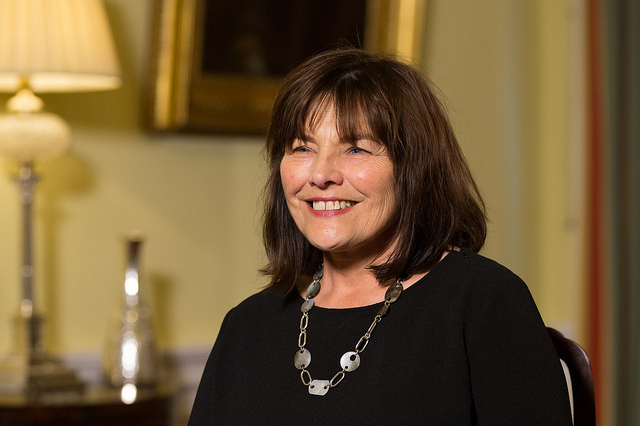 COMMON WEAL GLASGOW is hosting an evening with Minister for Social Security Jeane Freeman and Head of Research at Common Weal Dr Craig Dalzell, who will present their visions for the future of social security in Scotland.

The event, titled A Social Security For Us All in Scotland, will take place on Monday 23 October at Glasgow University, and will be chaired by Sarah Glynn of Scottish Unemployed Workers’ Network.

In June this year, the Scottish Government launched its draft Social Security (Scotland) Bill which would provide an overarching framework for social security policy, encompassing the eleven benefits devolved under the Scotland Act 2016.

Jeane Freeman MSP told CommonSpace what attendees of the event can expect: “I’ll be speaking about our new social security powers, I’ll be explaining what’s involved in the legislation, and I’ll be talking about the importance of adopting a rights-based social security system – albeit with eleven benefits.”

The proposed bill has been put forward as representing a substantive change to the processes and ideological basis of the UK welfare system and Tory austerity.

Asked how the bill will create this difference, Freeman said: “Calling it social security is a start, and calling it a rights-based system. The changes we will make in how people are treated, the application process, the review and appeals system, and quite a lot more will make this distinct from the UK system.”

Dr Craig Dalzell of Common Weal, who will also discuss his vision for social security, has led on the think tank and campaign organisation’s substantial research and policy development on the issue –  Dalzell authored Common Weal’s report on ‘Social Security for All of Us – an Independent Scotland as a Modern Welfare State’.

Ahead of Monday’s event, he said: “The UK’s welfare system could be described as meagre at best and outright punitive at worst. Far too many people have been left destitute as a result of onerous regimes of applications, assessments and sanctions just to claim the most minimal of payouts.

“Whilst Scotland is in the process of receiving a set of new powers over welfare, it is only through independence that we can truly build a social security system worthy of the name. I shall be outlining the principles by which such a system should operate and presenting some innovative policy ideas for discussion, including the idea of a Universal Basic Income.”

Sarah Glynn, author of the book Righting Welfare Wrongs, which highlights the failings of the UK’s welfare system, said she was “very glad” to be chairing the event.

Glynn said: “Social security is not only vital (literally) for those who receive it, but is also a measure of the type of society we live in. Making the best use of the powers we have is important in itself, and makes the case for demanding further powers that only come with independence.

“The Scottish Government has acknowledged the need for a change of focus on social security, but many of us have concerns over aspects of their draft bill, and of course there are many areas it doesn’t touch. I’m looking forward to some lively discussion.”

The audience will have the chance to ask questions of the speakers, and Righting Welfare Wrongs will be on sale at the event.