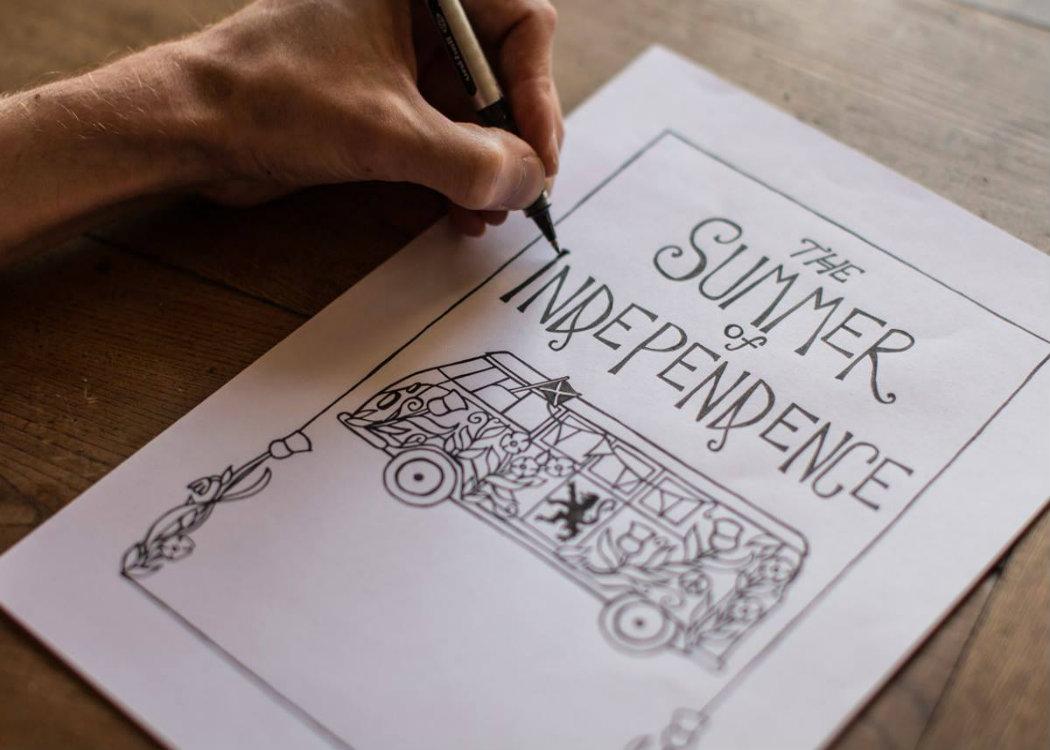 A YEAR since the referendum, Andrew Redmond Barr, an artist and activist from Edinburgh, has announced that he will be publishing a book, The Summer of Independence, with Word Power Books reflecting on the independence referendum.

CommonSpace journalist Michael Gray interviewed Andrew on his book and memories of the campaign one year on.

What was your own role in the campaign?

This was the first time I really became involved in politics. In late 2011 I was one of the co-founders of National Collective, which led the arts campaign for Scottish independence. In the book I talk about some of our work, like our pub and cafe sessions, as well as our run-in with an oil baron and our ‘Yestival’ bus tour around Scotland in 2014.

But The Summer of Independence isn’t the account of one organisation alone, it’s a book of many different stories and experiences I think other Yes campaigners will find familiar.

Why did you think it was important to document that experience through a publication?

Some people believe in leaving the past to the past, but I think there is an immense amount of power in the stories and memories we have from that summer. In fact, one year on, I don’t think we have even really begun to understand how valuable those stories are.

Let me give you an example. One of the things I wanted to do was to send my book to a No-voting friend for his assessment. After he’d read it he called me and said, “You know, I had no idea all that even happened”. That’s when I realised how important it was to retell the grassroots story, because even though it’s familiar to those of us involved, it won’t be familiar to everyone, and we still have a lot of people to win over.

Political journalists – such as Peter Geoghegan, Iain MacWhirter and David Torrance – have written about the campaign from their own perspectives. What is different in your take on the campaign?

Journalistic books are ideal for accurate, historical record, but I think what I have attempted in The Summer of Independence is something different. The book tries to encapsulate what it felt like to be an activist on the ground, at street rallies, public meetings, pub nights and on doorsteps.

I am less interested in the economic back-and-forth politics of the campaign and more interested in the grassroots atmosphere, and the hopes and doubts of people I spoke to along the way. I’ll also be illustrating the book throughout.

What were your favourite moments from the campaign?

In early 2014 I visited Hugh MacDiarmid’s old cottage near Biggar to film a documentary about the poet’s life with James Robertson and Alan Riach. The referendum was several months away and I remember feeling a little overwhelmed and daunted by this sense of having to complete what the movement’s early writers started all those years ago, but it also felt like the ultimate privilege to be young and alive in that moment.

How representative do you think your own experience – of an enjoyable, empowering campaign – is of the country as a whole?

ARB: The public image of the Yes campaign was a very self-assured one, but there were times when many of us were doubtful, stressed, overworked, overwhelmed, and so on.

The Summer of Independence celebrates this empowering and fun campaign but it also tells a story of overcoming inhibitions, taking risks, occasional despair and the personal challenges of becoming an activist. I hope that readers, whatever their views, will find it an honest take on the events of that summer.

Since the referendum political activism has continued through a range of Yes campaign organisations. The SNP won a landslide in May’s General Election. To what extent do you think the referendum campaign changed Scotland?

The SNP landslide at the General Election has undoubtedly been a boon for the independence cause, but at the same time I find it difficult to get too excited by the success of political parties now that I have seen what ordinary people can do themselves.

I have tried to keep politicians and parties out of the book, partly because their actions have already been well-documented elsewhere, but mostly because I find the story of the grassroots movement far more interesting. The rise of this all-conquering SNP might look like the change in Scotland, but I think the real change is at the other end, in the public consciousness.

Are you looking forward to another referendum?

I think the timing has to be right. After the 2014 referendum many of us were broken and exhausted. I remember even hearing close friends saying they’d never campaign again, but thankfully that sentiment was very short lived.

The referendum campaign was at times difficult and challenging, but it was more often hopeful and empowering, and I think if we were really honest with ourselves most of us would do it a thousand times over in a heartbeat. It’s too important not to.

The Summer of Independence is only one story of thousands, and I hope it inspires others to share their own experiences, whether that’s in books, blogs or by some other means like poetry or music. I think Scotland is becoming a more open and expressive place, and the independence movement has developed such an incredible do-it-yourself ethos.

People are gradually beginning to believe they have the power to do and create things for themselves, from their own talents and experiences. I thought the movement ought to have more books, so I surprised myself by writing one.

Andrew’s book, The Summer of Independence, will be available from Word Power Books in the coming months. Follow news of the release and see more of Andrew’s work at andrewrbarr.com .