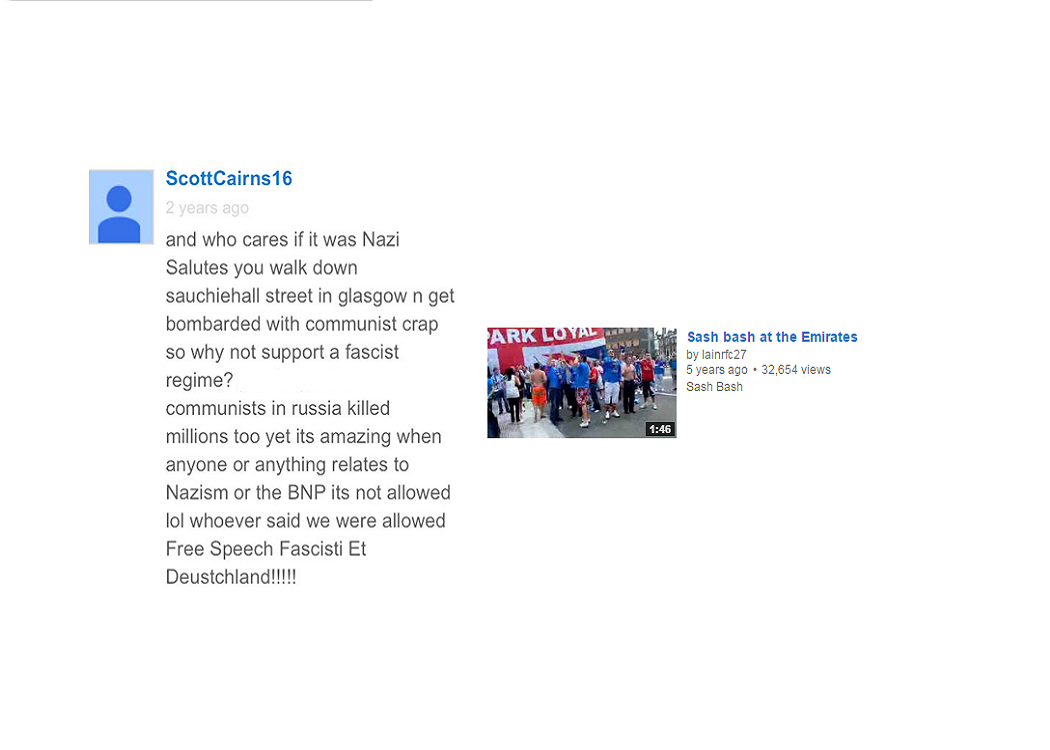 BARELY a day goes by just now without a UKIP candidate in some part of the country exposing themselves as a raging bigot with a poor grasp of social media privacy settings. Tonight it was the turn of prospective Coatbridge, Chryston and Bellshill MP Scott Cairns, whose social media outpourings were spotted by freelance journalist Aidan Kerr, with a number of screenshots posted to Twitter in which Cairns boasts of his support for “a fascist regime”, calls Alex Salmond a “silly alcoholic wifebeater”, and accuses “looney lefties” of persecuting him.

Within minutes, Cairns had disabled both his Facebook and Twitter accounts, but not before denying that his Facebook ever belonged to him. Despite it containing thousands of postings and photographs, he said it was a “fake account”, although conveniently it was then deactivated within a matter of minutes.

If someone really has been running a fake Facebook account purporting to be Cairns for the past four years, full of inane posts about drinking with his pals and Rangers FC, then hats off to them for their commitment, although it seems unlikely.

Click here to read the full article on A Thousand Flowers.