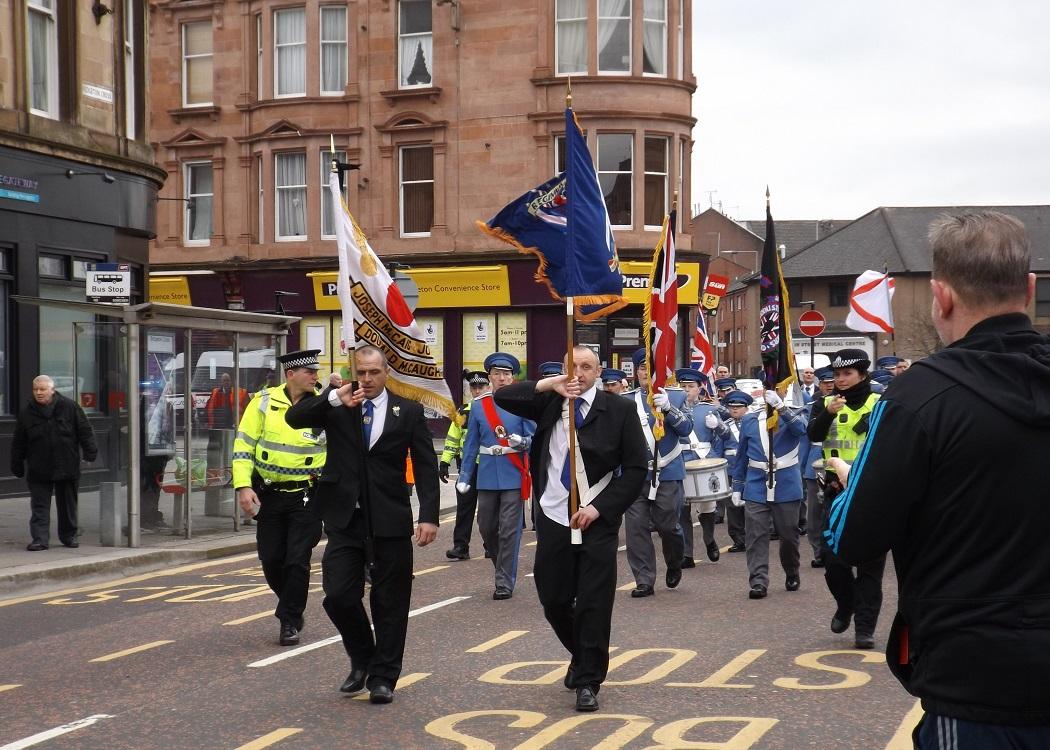 ACROSS THE WORLD, St Patrick’s Day sees the Irish diaspora taking to the streets for parties, celebrations and parades in their respective cities. Everywhere that is, except for Glasgow.

Just a couple of weeks ago, Paisley Labour MP Jim Sheridan made headlines after he voiced his opposition to St Paddy’s day parades in the city (click here to read more), arguing that the Irish aren’t an ethnic minority and that facilitating such parades is “living in the past”.

It may be a surprise to Jim to hear that there was a St Patrick’s Day parade through Glasgow city centre today, yet there wasn’t a tricolour or oversized Guinness hat in sight. Rather, the parade was being held by extremist loyalist faction the Regimental Blues – and what’s more, it had been fully sanctioned by Labour-run Glasgow City Council.

Incredibly, the march had been allowed to go ahead on the same afternoon as the Scottish League Cup final, with Celtic taking on Dundee United at Hampden, and passed several packed Celtic pubs on its route near the city’s Gallowgate.

Picture courtesy of A Thousand Flowers