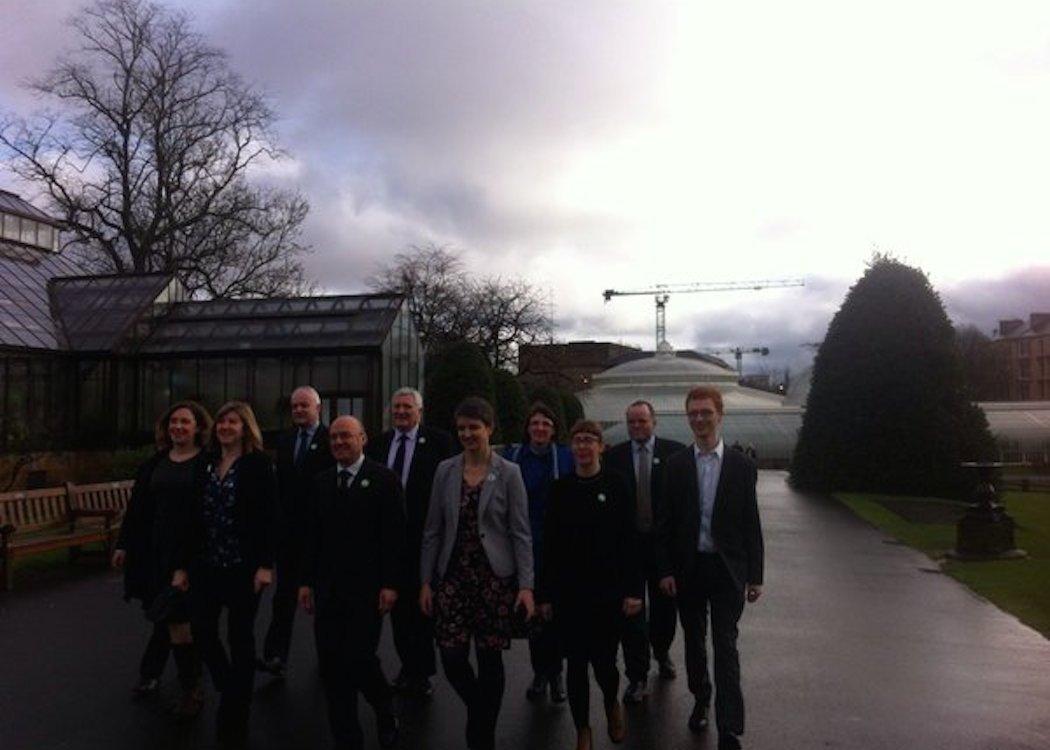 THE SCOTTISH GREEN PARTY has promised to push the Scottish Government “beyond their comfort zone” if it gains strong representation in May’s Scottish Parliament elections.

The party, which boasts of a 400 per cent rise in membership following the Scottish independence referendum, has fluctuated in opinion polls with predictions estimating the party will win between two to 10 MSPs.

“They need to be pushed beyond their comfort zone to be bolder.” Patrick Harvie MSP

Harvie, speaking to media at the launch, said the Green Party can provide a balance to SNP dominance: “A lot of people, even fervent fans of the SNP, think they’ve done alright. But I think on issues like fracking, like social justice and redistribution, on private sector rent controls, and I think on community ownership they need to be pushed beyond their comfort zone to be bolder.”

Harvie’s speech focused around the theme of “Scotland can”, a list of policy areas (such as land reform, new green jobs and housing) where the party believes more can be achieved with current powers at the Scottish Parliament.

However, the short launch event did not contain the party’s full manifesto – which will be launched at a future date.

When asked about the party’s tax plans, Harvie added: “We’re obviously waiting with baited breath, like everybody else, to see the fiscal framework. I don’t think it’s credible for anyone to be claiming that they can iron out all of their tax proposals for the next five years until they’ve seen that.

“It will clearly be based on the principles of closing the gap of wealth and income inequalities in Scotland, as well as empowering local government to make decisions that are right for their communities.”

One recent Green proposal, as part of the debate on the Land Reform Bill, was to tax the 11,000 acres of derelict land (through the non-domestic rates system) to raise PS300m for house building.

“In the 2016-17 government budget we proposed that as a means of raising revenue in the short-term, and it would certainly help to offset the cuts that are being imposed at local government level,” Harvie told CommonSpace.

“So a derelict land tax and also using the council tax multiplier to make sure that luxury homes pay a bit more: those are the things that could be done in the short-term. They wouldn’t have the potential downsides of Labour’s proposals of opening up opportunities for tax avoidance by paying income in dividends.”

The party, which is aiming to win MSPs on the ‘list vote’ system in May faces competition from the dominant Scottish National Party and the new socialist coalition Rise .