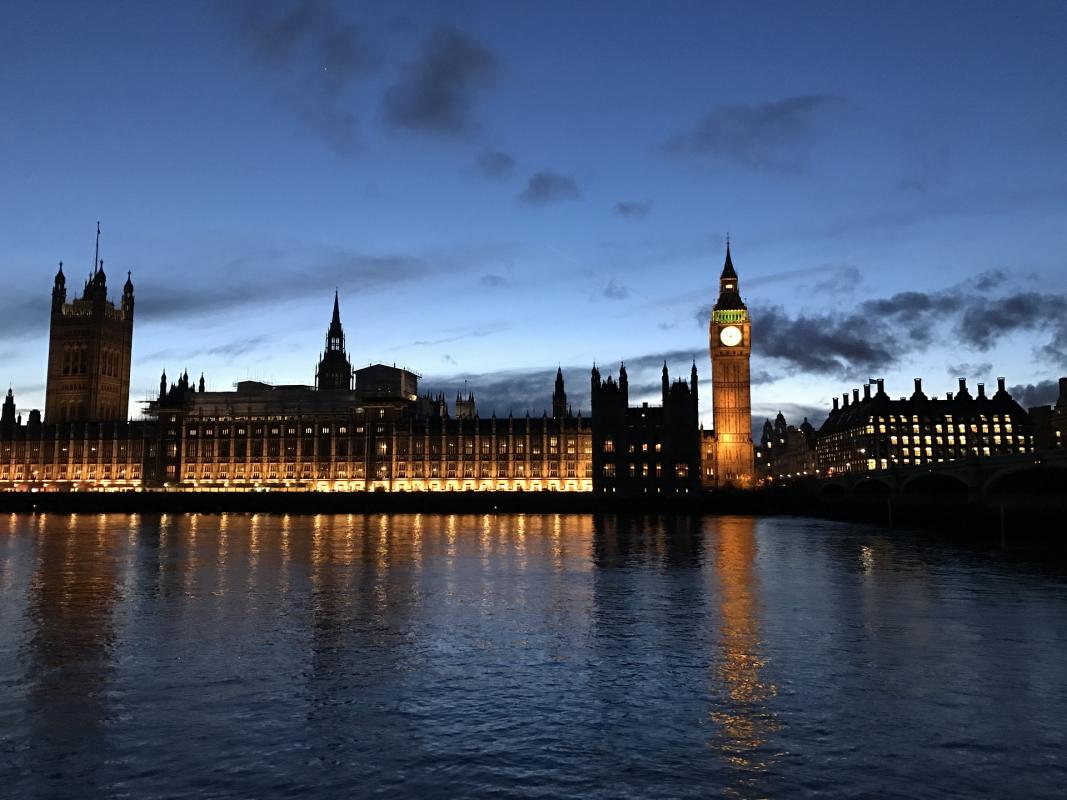 CommonSpace considers one of the most pressing and ‘evergreen’ questions facing the Westminster Parliament today: how did that happen?

WINTER IS coming and so, it would appear, is an army of chilly party activists to a doorstep near you, as a December General Election has been made all the more likely by Labour leader Jeremy Corbyn’s change of heart today (29 October).

Labour leader Jeremy Corbyn has confirmed this morning that he intends to back an early General Election to take place in December, a position which all Labour MPs will be instructed to support in the House of Commons today.

This marks a shift in position for the party, which until this morning had been distinctly wary of the prospect of an imminent election. Instead, Labour was pushing for a ‘people’s vote’ on Brexit before a General Election.

So, what happened yesterday, what happened this morning, and what will happen tonight? These are just some of the profound and perplexing questions facing the House of Commons on an almost continuous basis in 2019, but CommonSpace breaks down the key points.

What happened on Monday night?

Yesterday, Prime Minister Boris Johnson proposed a General Election using a motion, an option allowed by the Fixed-Term Parliament Act. This  was intended to be a more straightforward process than introducing a bill because it cannot be amended.

However, it would require a two-thirds majority, which he wasn’t able to secure.

All but five Conservative MPs voted for the motion, along with Labour MP Kate Hoey and many of the former Conservative MPs who were expelled from the party due to disagreements over Brexit.

Voting against the motion were 38 Labour MPs and 18 Lib Dem MPs, along with Plaid Cymru, Green and Change UK MPs.

Most Labour MPs and all SNP and DUP MPs abstained.

This gave the motion a result of 299 to 70 votes, as opposed to the 434 which would be required to achieve the necessary two-thirds majority of all MPs.

While most opposition MPs did not support the motion proposed by Boris Johnson, the Liberal Democrats and the SNP in particular have been pushing for a General Election.

The problem with Johnson’s proposal was that he suggested a date of 12 December, whereas the Liberal Democrats and the SNP had jointly agreed to back an election date of 9 December.

While the difference of three days might not seem significant, opposition MPs feared that Johnson’s selection of the later date was a strategic move to ensure that he could still have time to have his Brexit deal approved before parliament closes in advance of the election.

Parliament must be dissolved at least 25 working days before the election date.

SNP Wesminster leader Iain Blackford has said that the party will, however, back the 12 December election date if the government can provide a “cast-iron guarantee” that it will not bring forward Johnson’s Brexit deal before the election.

It is now anticipated that the government is prepared to make such a pledge and that it could accept an election date of 11 or even 10 December.

The only major party which had opposed a winter election outright was Labour – the official party of opposition to the Conservative government.

On Sunday 27 October, Labour MP and shadow chancellor John McDonnell described the SNP and Liberal Democrats’ plan to bring about a December election a “stunt”, adding: “The Lib Dems & SNP may have given up on a People’s Vote. We haven’t.

“It’s the only way to resolve this issue and stand any chance of bringing country back together.”

Reports suggest that Labour MPs continue to be divided on whether to back a General Election or not, in light of recent polls and perceived uncertainty around Labour’s position on Brexit.

Speaking in the House of Commons on Monday, Jeremy Corbyn expressed concern that the proposed date of December 12 date would be “less than a fortnight before Christmas”, that “it will be dark before 4pm” and that many students who have gone home for Christmas could “risk being disenfranchised”.

However, he added that he would consider a winter election if a no-deal Brexit was ruled out.

By Tuesday morning, the party had confirmed a change of position, demanding that all MPs vote for a General Election on any of the dates proposed.

Corbyn tweeted: “No Deal is now off the table so tonight Labour will back a General Election. We’re launching the most ambitious and radical campaign for real change our country has ever seen.

“This is a once in a generation chance to build a country for the many, not the few. It’s time.”

Labour MPs will face a three-line whip on the issue, meaning they must vote with the leader or face discipline.

An amendment put forward this afternoon by Labour MP Stella Creasy to the programme motion to allow MPs to more easily put forward amendments to the early election bill passed with 312 to 295 votes. This, it seems, has gone some way to removing doubt over Labour’’s willingness to vote for the motion today.

However, there is still ucertainty over how many Labour MPs might vote against party orders. Labour MP Paul Farrelly told the House of Commons today that he would not vote for an early election, and said he would “encourage as many of my colleagues as possible to defy the threats and blandishments to do so”.

Several other Labour MPs, including Anna Turley, Kevan Jones and Pat McFadden have already followed suit in their refusal to back the bill.

What are the other parties saying now?

All of the other major parties, not least the Conservatives, already supported a General Election in principle, and it seems that many of the sticking points around dates and the Brexit deal have been resolved.

The Liberal Democrats have stressed that they continue to be the party of the ‘people’s vote’, but that without support for a second vote from Labour, a General Election is the only option to stop Brexit.

Responding to Labour criticisms that the Liberal Democrats were abandoning their position on Brexit, party leader Jo Swinson tweeted: “In the last 10 days I’ve addressed a #PeoplesVote March and tabled an Amendment to the Queen‘s Speech that would have given us a People’s Vote. Your leader did neither. Don’t lecture me about fighting for a People’s Vote.”

First Minister Nicola Sturgeon has said that the SNP has also “strongly supported” a people’s vote, but said “there’s no evidence that the majority for it exists in this parliament”.

She added: “For all his bluster, Johnson would much prefer to fight an election with Brexit already ‘delivered’. An election now would instead force him to explain his failure to keep his 31 October ‘do or die’ promise and also defend his bad deal.

“To change the course Johnson is taking us on, we need to beat him. I accept that challenge for @theSNP in Scotland. Other parties have to do the same elsewhere in UK. Doing nothing almost guarantees he gets what he wants – Brexit delivered, possibly through ‘no deal’.”

There are some in the SNP who do not agree that a General Election is the best option. Despite saying that the SNP has “nothing to fear” from a General Election, SNP Angus MacNeil has said he would “much prefer the SNP were concentrating on independence”.

Speaking to BBC Radio Scotland’s Good Morning Scotland, MacNeil said: “There’s a big risk actually, more than that, that Boris Johnson is going to come back with majority and he’s then going to do a hard Brexit or any Brexit.

“Crucially he’s going to have that 35-40 per cent of the electorate because this election is being conceded by everybody as a proxy referendum on Brexit.

“We’re giving Christmas and birthdays all rolled into one only if he accepts the present three days earlier.”

The House of Commons will debate the early election bill this afternoon, which will allow for amendments from MPs and will only require a simple majority to pass.

The expectation is that all stages of scrutiny and voting on the bill will take place today. The process has been sped up by the government on the basis that the bill is straightforward and can be considered quickly.

MPs will vote twice today, the first of which will take place after 4.30pm. If both votes pass, the bill will then be considered by the House of Lords, although it can be assumed that a successful vote in the Commons means there will be a General Election in December.

Given that there is now no major opposition within parliament to a winter election, it seems likely this will be the case.

One issue which remains contentious is the extension of the franchise to 16 and 17-year-olds and EU nationals, which the government has said it will not support. Opposition parties including Labour and the SNP intend to vote for amendments supporting such extensions.

This could result in a continued deadlock, as the government has said it will not vote for the bill if the amendments on extending the franchise are passed.

On Tuesday night, MPs voted 438 to 20 for a General Election on 12 December. An amendment which would have brought the date up to 9 December failed with 315 votes to 295.

While all SNP MPs voted for a 9 December election, one Labour MP voted against it and 15 Labour MPs abstained, despite pressure from the leadership to vote for the amendment.

10 Tory MPs who were expelled over Brexit were allowed back into the party after voting with the government for a 12 December election.

The potential standoff posed by the amendments on the extension to the franchise became a non-issue because they were not selected for a vote.

How does this impact on Brexit?

As of Monday, the UK Government has formally accepted the EU’s extension to the Brexit deadline to 31 January.

As the government has pledged not to put forward the Withdrawal Agreement Bill before the election, any vote on the Brexit deal will be put on hold.

Boris Johnson hopes that this will allow him to return with a majority and a stronger mandate to push through his deal and “get Brexit done”.

Recent polls tend to support this view, but given the unexpected outcome of the 2017 snap election, nothing can be certain.