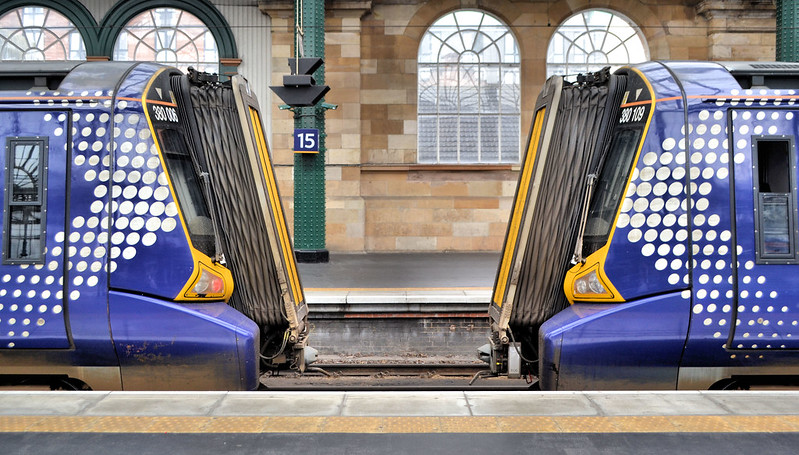 UNPOPULAR ScotRail operator Abellio is to have its contract to run Scotland’s railway ended earlier than planned, the Scottish Government transport minister told the Scottish Parliament this afternoon.

The government’s transport minister, Michael Matheson, said Dutch-owned Abellio would be stripped of the contract by March 2022.

The company has consistently failed to meet improvement targets and the issue has regularly become political, with opposition parties criticising the Scottish Government for the management of Scotland’s rail transport.

Abellio were awarded the franchise until 2025, but Matheson announced the Scottish Government would be using a “break clause” to end the contract early.

ScotRail was forced to apologise in August 2019 after severe overcrowding on trains from Edinburgh left many passengers fearing for their safety, with rail unions accusing the operator of “incompetence.”

He said a proposed increase in the public subsidy would not deliver “sufficient benefits” to passengers.

“I believe that the decision I have advised the parliament of today in respect of the ScotRail franchise is the right one for passengers, communities, the economy and taxpayers.”

There have been growing calls across the political divide for ScotRail to be brought entirely under public control, and Matheson said the government were examining options for the future.

“Longer term, this Government has already made clear its position that the current franchising regime, which is a matter reserved to the UK government, has failed and it is widely accepted that the rail industry, as a whole, must embrace reform.

“The best way to deliver this is through the transfer of all rail powers, which would allow us to work together to find the right solution for our railways in future – properly integrated and fully aligned with the public interest and Scottish Government policy,” Matheson added.

Opposition parties welcomed the announcement, with both Scottish Labour and Greens calling for a serious public sector bid to run the railway.

“We are glad that the SNP have finally swallowed their pride and listened to what Scottish Labour has been calling for.

“What we now must know is if the Scottish Government intend to make a serious public sector bid for control of ScotRail or whether our railways will be flogged off once more to a foreign-based private company, focused only on profit.”

“The Scottish Government must now ensure that a robust public sector bid is in place so that our railways can be run in the public interest in future, rather than for private profit as now.

“In light of noises coming from down south that the UK Government intends to attack hard won rail workers rights, it’s also vital that Scottish Ministers engage with trade unions at every step of the process in developing the next franchise, to ensure workers’ rights are at the heart of future ScotRail services and that there is no attempt to roll out driver only operation.”

Responding to the announcement, think-tank Common Weal’s head of policy and research Dr Craig Dalzell said:  “Now that the Scottish Government finally agrees with us that Abelio’s break clause should be activated, it is time for them to lay out their plans for the future.

“They can do nothing, do the absolute minimum possible and call it a promise met, or they can conclude this parliamentary session with a plan to bring Scotland’s rail back into Scotland’s hands and deliver a public transport network that we in Scotland might call revolutionary but that the rest of mainland Europe would simply call ‘normal’.”

Scottish Liberal Democrat transport spokesperson Mike Rumbles said: “I very much welcome this decision to end Abellio’s contract. It’s not up to the job.”